Indians being Racist towards Africans in India

Indians have been accused of being racist towards African students, who staged a protest at Bengaluru Town Hall in India.

“They think Africans are into fraud and prostitution.”

The protest took place in India’s Silicon Valley on the morning of February 6, 2016.

Posters, printed and handwritten, were held and slogans were shouted.

Students were protesting about the assault on a Tanzanian student, allegedly stripped and beaten by a mob on January 31, 2016.

Policemen sniggered and spoke amongst themselves at the protest site.

Some passerbys laughed and were entertained by the site of agitated African students, whilst others walked by.

Most reactions of the protest from some Indian citizens reflect the reality of African students in India. They find they must contend with these attitudes. 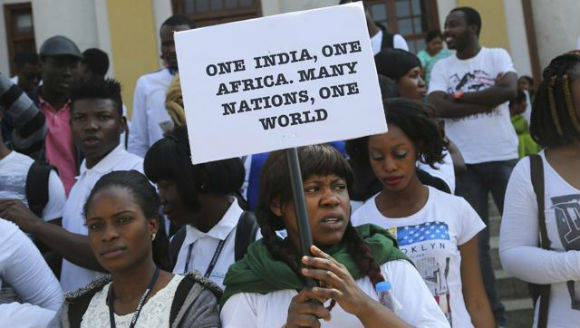 Several students have given their experiences.

Tanzanian student, Janeth, left her hometown to do an undergraduate degree at Bangalore University in 2012.

She chose this university for its good reputation in her chosen subjects of accounting and finance.

She mostly had problems with fellow students and faced racism from the general public, saying: “They think Africans are into fraud and prostitution.”

Some landlords proved to be problematic, denying potential tenants apartments when they realised they were speaking to African students.

Janeth said landlords would say ‘I don’t want Africans’ and that ‘Africans are rude and have too many friends’.

Another student, Abigail, came to India four years ago, refusing to reveal her nationality said: “I came to India because I love India. I used to watch a lot of Indian movies.

“In Africa, we are so crazy about India and Indian movies. Most of us come here because of the way they (Indians) portray themselves through their movies.

“But when we come here, we see something different and it is really really disappointing.”

Language barriers between Indians and Africans also create problems. Abigail said: “They can’t express their feelings to us because we don’t understand their language.”

A Tanzanian alumnus of Hyderabad’s Osmania University, who requested anonymity wasn’t fazed by the discrimination she had heard about.

She said: “Racism is all over the world, including in places like the UK.

“They think black people are poor. They don’t believe Africa is developed. Their racism is because they don’t have exposure.” 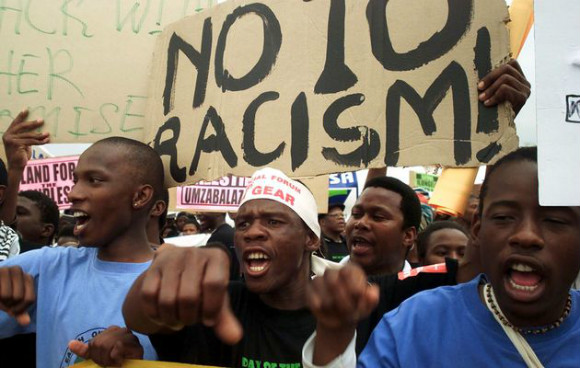 “Once we educate ourselves about Africa, I am sure we will understand these students better.”

India’s higher education sector, one of the largest in the world, has boomed in recent years.

Over 26 million students enrolled in tertiary education. Parents who can afford to send their children overseas will do so.

What is a Cuzzy Bro?
New UK Visa Rules may affect Indian Doctors