Is India’s Racism towards Blacks an Irony?

A Nigerian student has highlighted India’s racism towards black people in a public letter. We explore the issue and where it may stem from.

"I am not alone. Every African in India has the same experience."

A Nigerian student has sent a letter to the Hindustan Times about India’s racism towards black people. He explains how he constantly fears for his life because of his treatment in the country.

It has now led to a new campaign by Hindustan Times, entitled ‘Let’s Talk About Racism’.

But is this racist attitude towards black people an irony? DESIblitz explores the student’s letter and where India’s racism may have stemmed from.

A Personal Experience of India’s Racism

24-year-old Ezeugo Nnmadi Lawrence explained how he moved to India three years ago for education. At the time, he felt: “ready to embrace a new culture and its people. This, after all, was the land of Mahatma Gandhi.”

However, despite his wonder of this diverse country, he remained unprepared for the discriminating attitude he would face for the next three years. He claimed:

“The racist slurs, the frightened looks, the deep and long stares are a part of my everyday life. I am not alone. Every African in India has the same experience.”

Ezeugo Nnmadi Lawrence also explained how the first Hindi word he learnt was “kallu”, a derogatory word aimed at black people. He also revealed how Indians stereotypically viewed him as a “pimp” or “drug peddler”.

Throughout his letter, he described the impact this racism creates in his life. Ezeugo claims black people have to pay more rent than Indians and that the police, even the government, fail to protect them. 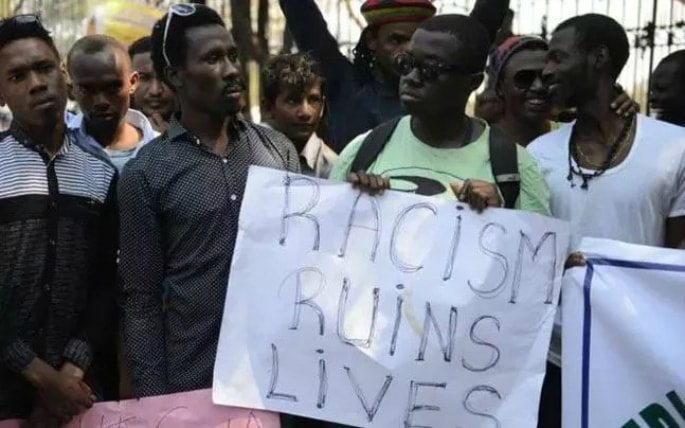 Other Africans have also shared their stories about their experience of racism in India.

A woman named Elaine explained how a simple trip to the market with friends ended in violence. While many Africans would frequent the Greater Noida market, on this particular day, Elaine and her friends were the only black people there.

During their trip, they noticed Indians staring at them and Elaine grew concerned. As they tried to leave the market in her car, Indians attempted to wreck the vehicle.

When they returned home, they discovered that locals had been looking for them.

Another student named Zaharaddeen also explained how he suffered everyday racism in India. He experienced disgusting name-calling, from “kallu” to “bandar”.

A man named Imran also revealed how he suffered a brutal attack during a protest march. Dedicated to Manish Khari, where many blamed Nigerians for his death, Indian protestors stared at Imran as he approached.

They attacked him with kicks to the stomach and head. He even ended up in hospital.

All these stories greatly show the worrying effects of India’s racism. And why it needs to stop.

An Issue not just found in the West

This type of discriminating behaviour has always remained prevalent in the West, in countries such as the UK and US. In recent years, activists have highlighted how black people still become targets of racially-motivated attacks. This has led to popular movements such as Black Lives Matter, aiming to ensure black people have equality. 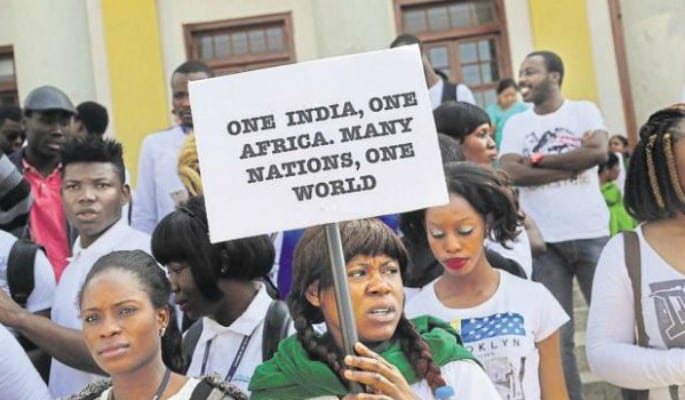 And for South Asians, they too can still face some discrimination in the West. They endured harrowing treatment in earlier decades, such as name calls of “curry”. But Western society still has a long way to go with racial equality.

However, in India, this similar attitude towards black people creates an odd picture. One could go even so far as to argue that it’s ironic.

“It’s so much double standard when we complain about minor isolated cases of racism in other countries, while being the biggest bigots ourselves.”

Where does India’s racism come from?

One possible cause of this derogatory mindset could stem all the way back to British colonialism. During this time period, the British instigated the belief that white, fair-skinned people are viewed as “better” and more dominant than dark-skinned people.

This outdated stereotypical view could still hold some kind of presence in many Indians’ minds. One could say that, despite the 70-year period since the British Empire ruled India, it still holds authority. 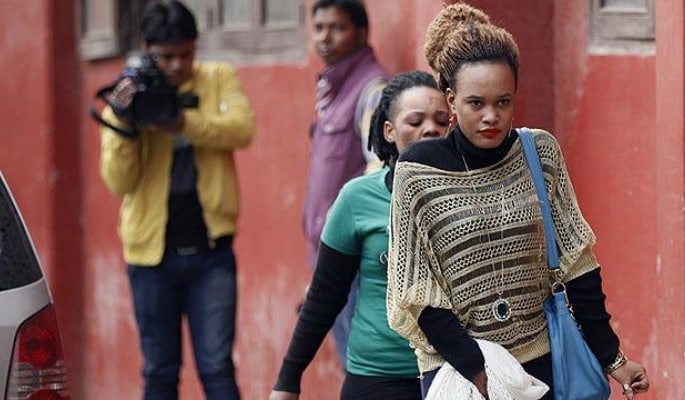 In addition, there appears to be a feeling of mistrust of black people, particularly with British-Asians. This could link with stereotypes held by older generations, in that they believed black people didn’t work. They also viewed them as criminal figures, who dealt in drugs or even prostitution to gain money.

All these views are now outdated and absurd. However, it seems they still act as the basis for India’s racism.

Yet it’s simply odd for many Indians to have these attitudes. In the country, there are many whose skin colour is as dark as black people. Surely then, these prejudices should be realised for what they are; racist stereotypes.

Why is this racism so obvious in India?

A few decades ago, a scarce number of black people lived in India. However, due to the rise of multicultural cities, now students from Africa (in particular Nigeria) travel to the country to study.

Like Ezeugo, they too hoped to develop enriching life experiences. Studying in a country where they believe they would face less racism than in the West.

Unfortunately, Ezeugo’s account shows the true reality awaiting them. He ends it on a disheartening note, saying:

“I would not advise Nigerian students to come to India. What memories will I carry back home? I can only say I’ll be relieved. I hope I can erase some of the pain.”

However, perhaps this public letter will help many realise the serious effects of India’s racism. While equality acts as a long, enduring journey filled with obstacles, India needs to tackle its discriminating attitudes.