Indian Woman horrifically Beaten with a Stick in Her Shop

In a horrific incident, an Indian woman was brutally beaten with a stick inside her own shop. The attack took place in Haryana.

"He indulged in violence as he was angry"

An Indian woman was horrifically beaten by a man with a stick inside her own shop on December 3, 2019. The incident took place in Gurugram, Haryana.

The beating was filmed and shared on social media, which eventually led to the attacker being arrested.

It is believed that the victim’s employees had filmed the incident instead of trying to help her.

Following the beating, the man broke several items inside the shop including computers before leaving.

The victim was identified as Savita Chaudhury while the attacker was named Gajendra.

During the police investigation, it was revealed that Gajendra beat Savita over a payment dispute with her husband.

Officers discovered that Gajendra was Savita’s former landlord. The woman and her husband had rented a room at his house for a while.

After moving home, there were outstanding payments that needed to be made by Savita’s husband.

However, Gajendra never received the money, which enraged him. He decided to take action in an attempt for the husband to hand over the money.

During the evening of December 3, 2019, Savita was at her business when Gajendra entered. He was armed with a stick but had managed to conceal it.

He asked about the whereabouts of her husband. The Indian woman said he had gone out and will be able to talk on the phone once he is free.

At that point, Gajendra suddenly hit Savita over the head with a stick. 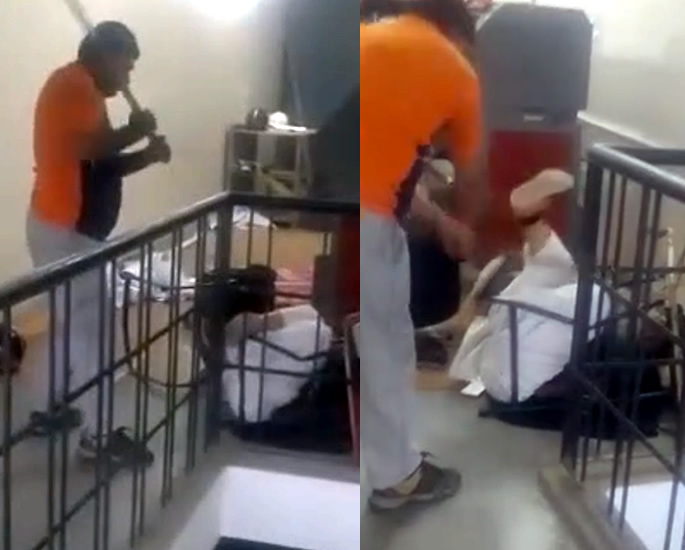 After falling to the ground, Gajendra verbally abused her, demanding his money while repeatedly hitting her with the stick.

Hearing the noise, nearby shopkeepers and employees saw what was going on but decided to film the incident rather than help the woman.

Gajendra continued to verbally abuse Savita’s husband while threatening to kill her before fleeing the scene.

After the attacker left, one employee called Savita’s husband who later called the police. Savita was left seriously injured and was taken to hospital where she received treatment.

When the victim recovered, officers took her statement and registered a case against Gajendra.

Police believe that at the time of the attack, Gajendra was intoxicated. 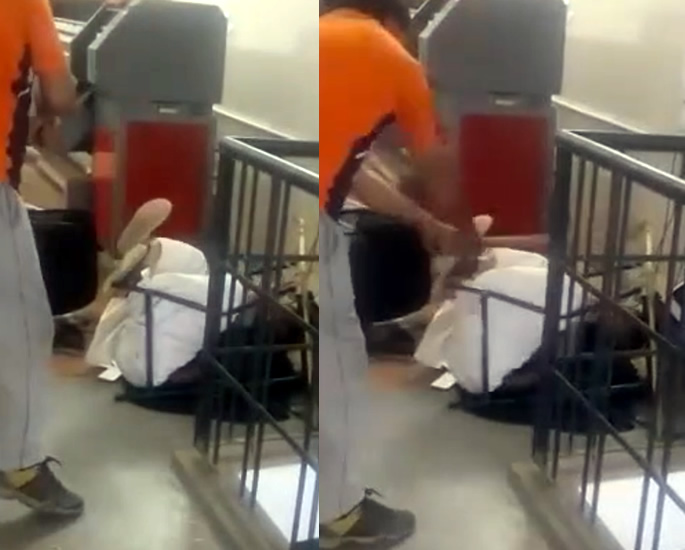 After the video of the assault went viral on December 4, officers identified the suspect and arrested him.

A police official stated: “We have arrested the person involved in the incident.

“He indulged in violence as he was angry over the payment issues.”

“The victim is presently receiving treatment at a Gurugram hospital.”

Gajendra was presented before the court and was later sent to prison. According to officer Manoj Kumar, officers are working to find out if there was anyone else involved in the attack on Savita.

Incidents of violence against women are not uncommon in India. There have been several incidents where a woman has been attacked for a number of reasons.

Dhiren is a journalism graduate with a passion for gaming, watching films and sports. He also enjoys cooking from time to time. His motto is to “Live life one day at a time.”
Police say Killing of Man on Holiday in Thailand is Murder
Fraudsters used Malicious software to Steal Money across UK