Actor Sai Ballal of the Indian tele-drama ‘Uddan’ has been arrested for sexually harassing co-star Helen Fonseca. Allegations of molestation have been made.

"Sai would send messages asking if I wanted to kiss him apart from sexually explicit videos."

The actor appeared in court on July 16, 2015 and was sent to judicial custody until July 30.

Ballal, who plays the role of Kamalnarayan Rajvanshi aka ‘Bhaiyyaji’, is thought to have molested and sent lewd pornographic material to Fonseca since April 2015.

The actress, 58, who played Saroj in the show, did not respond to his Whatsapp messages and was allegedly invited to his house.

After warning him on several occasions to stop contacting her, Ballal tried to force her into a physical relationship with him.

The abuse is said to have even taken place on set.

She was then shockingly sacked from the show after lodging her complaint to the Colours production team.

Raising her concerns in an interview with Times of India on July 2, Fonseca commented: “Sai would often send messages asking if I wanted to kiss him apart from sexually explicit videos.

“Initially, I handled it politely. But when things came to a head, I asked him to back off.”

She added: “I even complained to the production house, and a day later, I was relegated to an insignificant role in the show. I was expecting support from the cast and the crew, but that didn’t happen.”

A voice has to be raised on this pic.twitter.com/AMPx9MiI8m

Following her dismissal, she went to Cine and the TV Artistes’ Association (CINTAA) who advised her to report the matter to the police.

Borivili police proceeded to arrest Ballal at Filmcity on July 15, along with two other men in the Udaan prodution house.

His accomplices were named as Bharat Choksi and Abhishek Aggarwal and were thought to have spurred Ballal on a number of incidents reported by the actress.

Senior Inspector Gunaji Sawant of the Borivali police station commented: “Acting on her allegations the police registered an FIR under various sections of the IPC and the Information Technology Act.”

The charges include ‘sexual harassment’ and ‘assault or use of criminal force to woman with intent to disrobe her’.

“We have recovered some objectionable videos sent on the victim’s mobile phone and further investigation into the matter is on.” 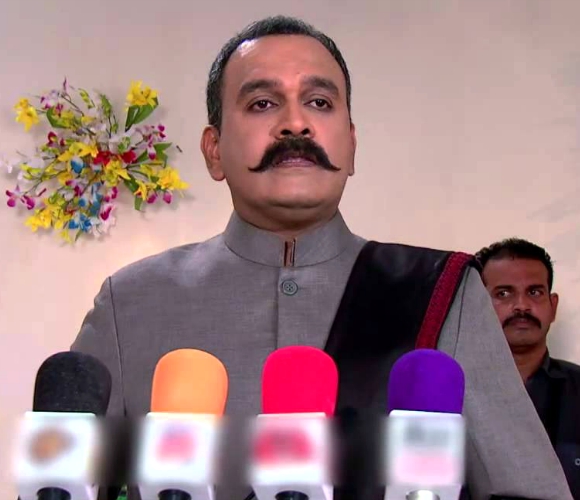 The matter raises concerns around women being heard in the Indian television industry.

Did the makers of the show think Ballal was too much of a valued asset on Udaan to be reported to the police?

The drama shown on ‘Colours’ TV channel is popular among Desis both within and outside of India, exploring the bond between rural labourers tied to the villainous landlord played by Ballal.

Udaan’s popularity is no doubt a magnet for advertising revenue.

The question arises whether Ballal was protected by the makers of the show in light of the allegations put against him.

Ballal along with Choksi and Aggarwal will now await the real drama of the Indian court system which will determine their fate.

Bipin enjoys cinema, documentaries and current affairs. He writes silly rhyming poetry when free, loving the dynamics of being the only male in the household with his wife and two young daughters: “Start with the dream, not the barriers to fulfilling it.”
Owais vs Solomon in Desi Rascals Showdown?
LIFF 2015 Review ~ TIGERS