The Indian men’s hockey team won the silver medal at the Commonwealth Games after losing to Australia in the final.

Australia continued to dominate until the first quarter ended.

At the 2022 Commonwealth Games, the Indian men’s hockey team had to settle for silver after being defeated by Australia in the final.

Both teams came into the final undefeated. While Australia won all four pool matches to reach the semi-finals, India won three and played one draw to advance to the knockout stage.

It was India’s third Commonwealth Games final in hockey. They previously lost to Australia in 2010 and 2014.

Australia were the favourites, having won all six editions of men’s hockey at the Commonwealth Games.

The match at the University of Birmingham’s Hockey and Squash Centre got underway to a huge cheer from the crowd. 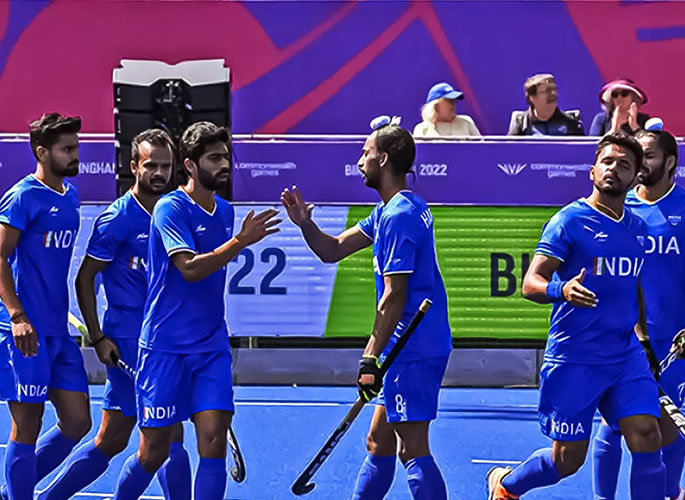 Australia got off on the front foot, having several chances at India’s goal. But India’s defence remained firm.

Australia continued their relentless attack and it eventually paid off. It didn’t come as clean as they would have liked but a goal is a goal in any case.

A short while after, Australia scored again.

Australia continued to dominate until the first quarter ended.

The team’s momentum did not stop when they came out for the second quarter, creating more chances.

India struggled with their opponent’s circle possession and shortly after, Australia went 3-0 up.

India got close to scoring their opening goal but Akashdeep Singh took a bit more time to play his reverse shot and that cost the side.

The team suffered a blow when captain Manpreet Singh went off injured after a collision with another player. 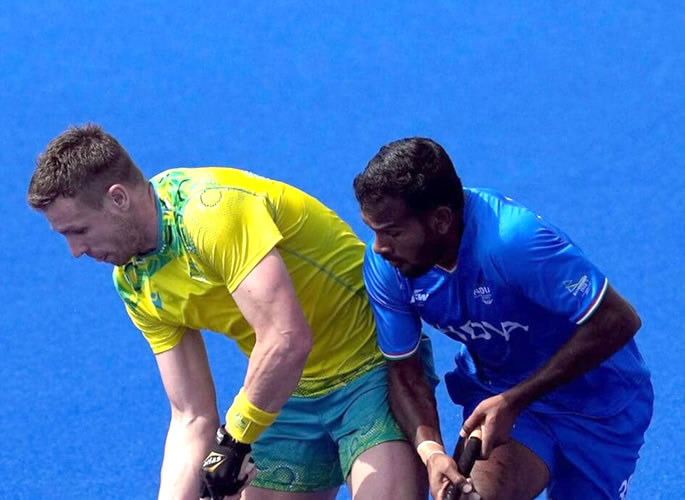 Australia’s domination continued as they quickly got a fifth goal, leaving the Indian fans deflated.

Thanks to intense pressing, the Australians went into half-time with a comfortable lead.

This affected India as poor passing was playing a big role in them losing possession.

But they came close when they stole the ball from the Australian defence but they eventually lost advantage due to resilient defending.

Ephraums scored his second goal to take Australia 6-0 and even closer to a seventh Games gold medal.

But Australia were not finished as they quickly scored a seventh goal shortly after the fourth quarter started. 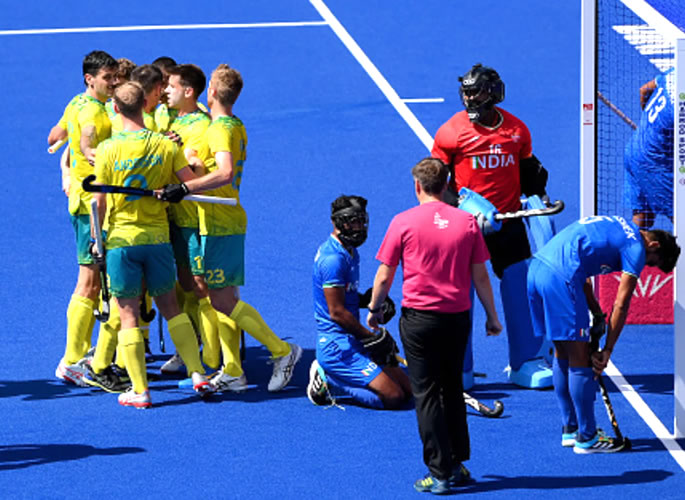 It could have been an eighth goal had not been for a good diving save from Sreejesh.

India remained hopeful as Gurjant Singh made a good run from the right flank to take the ball inside the D before eventually losing the ball.

Australia did end up scoring an eighth goal but it was disallowed after it was found that Wickham used the back of his stick for the reverse shot.

India started the Games with an 11-0 win over Ghana before drawing with England 4-4.

Although India were soundly defeated by Australia, they secured silver, which is an incredible achievement.

Dhiren is a journalism graduate with a passion for gaming, watching films and sports. He also enjoys cooking from time to time. His motto is to “Live life one day at a time.”
Gold Boxing Glory for Nikhat Zareen: Birmingham 2022
Birmingham 2022 Games & Closing Party in Reflection