After a thrilling cricket match against Australia at Edgbaston, the Indian Women’s team won the silver medal.

India came out quickly for their innings

The Indian Women’s team won silver at the Commonwealth Games following an exhilarating match against Australia.

India went into the final with a lot of confidence, having won by four runs against England in the semi-final.

Meanwhile, Australia expectedly defeated New Zealand by five wickets in the other semi-final to set up the clash at Edgbaston.

It was the first-ever women’s cricket competition at the Commonwealth Games.

Ahead of the match, Australia were the favourites but Harmanpreet Kaur’s side believed they could pull off an upset and clinch gold. 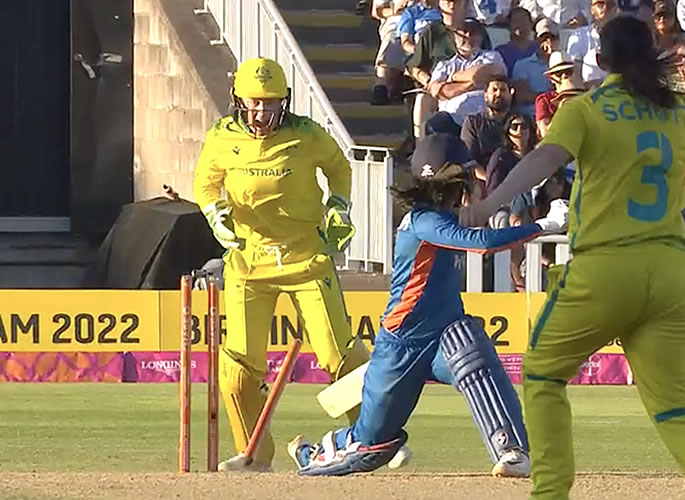 Australia won the toss and chose to bat first, with Beth Mooney and Alyssa Healy taking to the crease first.

Australia got off to a steady start, scoring six runs in the opening over.

India’s breakthrough came in the third over when a half-hearted LBW appeal came as Healy missed the ball.

Australia went 14-1 when a review showed that the ball clipped the top of the stump, forcing Healy to walk back.

Although Australia lost a player early, the side did not let it affect them as they reached 83-1 at the halfway point of their innings.

But Radha Yadav’s ball to Mooney resulted in the Australian striking the ball back to the bowler, hitting off her hand and into the stumps.

Another Australian wicket went in the 12th over after Yadav made a stunning catch to send Tahlia McGrath out.

Australia upped the ante as they reached 125-3 by the 15th over.

The first ball of the 16th over saw Sneh Rana bowl. Ashleigh Gardner goes for a big hit but misses the ball, leaving wicketkeeper Taniya Bhatia to simply stump her out.

Despite Australia losing a sixth wicket in the 18th over, they continued to attack, reaching 150 runs.

The side’s need for runs resulted in wickets being lost, however, they finished with a score of 161-8.

India came out quickly for their innings, with both Shafali Verma and Smriti Mandhana hitting fours to take the score to 12-0. 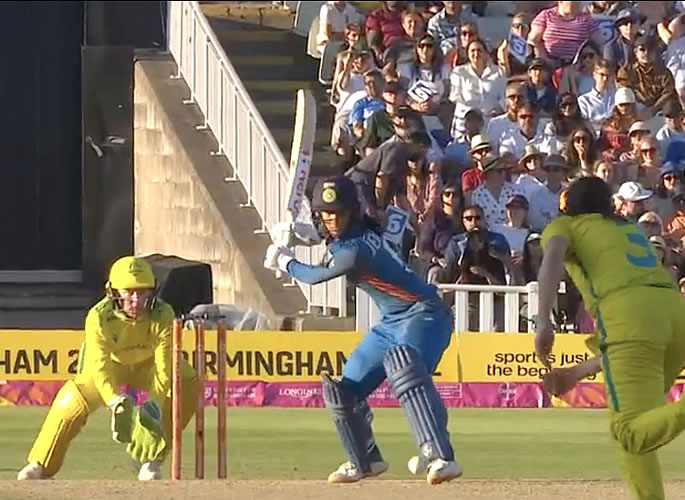 But Mandhana was bizarrely dismissed in the second over after she looked to play a shot but missed the flick. She left her leg stump exposed, resulting in the ball hitting it.

This rattled the Indians as they lost a second wicket in just the third over.

Captain Harmanpreet Kaur took to the crease in a bid to regain some composure for her side. 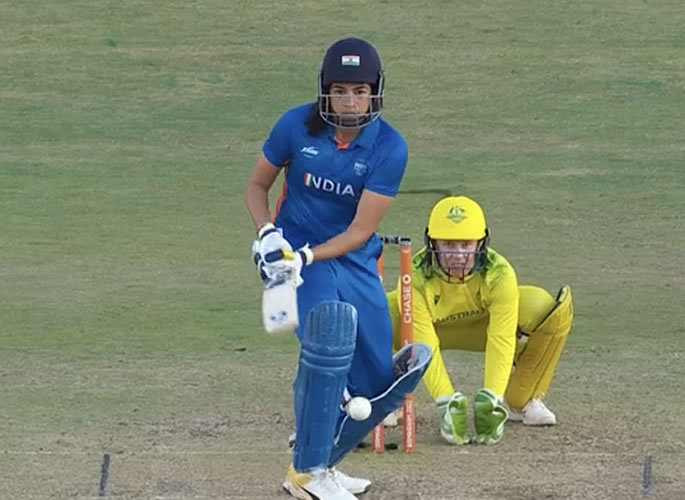 India steadily racked up the runs until the sixth over when they turned up the intensity, taking the score to 42-2.

Kaur continued to smash shots for her team.

By the 10th over, India’s score was 73-2. Yastika Bhatia replaced Taniya Bhatia after the latter suffered a concussion while wicketkeeping.

Kaur played a fantastic innings, reaching her half-century in the 13th over off 34 balls. This got the Indian fans excited.

The match looked to have a climactic finish as India’s score was 118-3 by the 15th over.

But the Indian supporters’ joy turned to despair as the side lost two wickets in the 16th over, including Kaur. 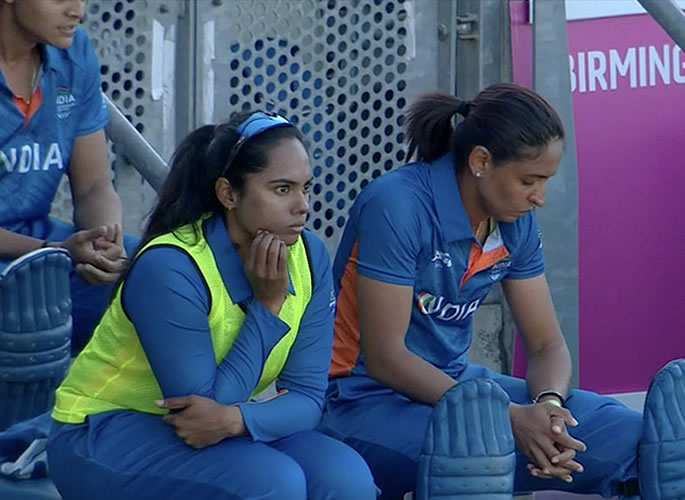 The captain went for the scoop but it did not connect well. This looped up and Healy dived behind the stumps to make the catch.

India held their nerves as they needed to make runs if they were to win the gold medal.

They were at 145-6 by the 18th over, however, they lost a further two wickets as the match approached the end.

First, Yadav goes out before Deepti Sharma is dismissed for LBW. 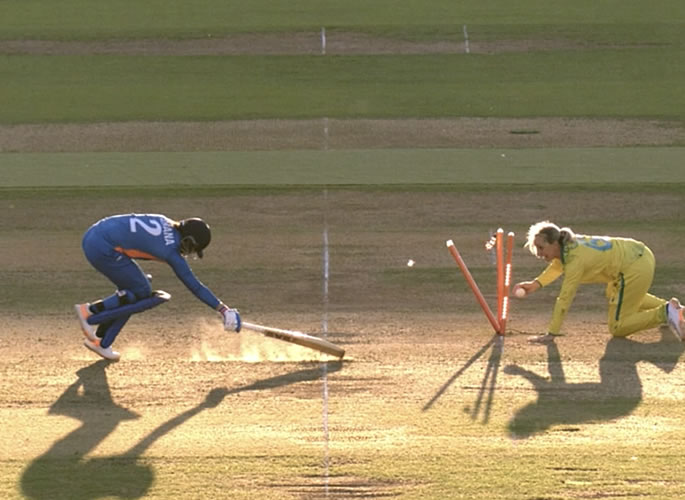 Going into the final over at Edgbaston, India needed 11 runs from six balls with just two wickets remaining.

There was tension in the crowd, however, it was not meant to be as India lost their final two wickets. 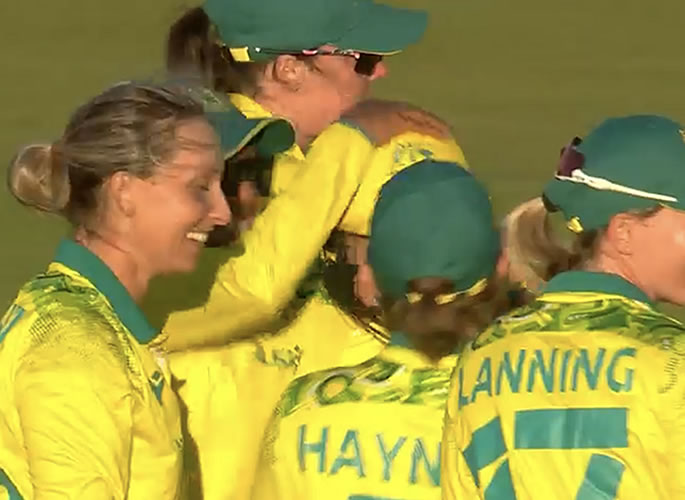 Australia won the match by nine runs and won the gold medal, adding the Commonwealth title to the T20 World Cup, 50-over World Cup and the Ashes.

Although India’s quest for gold ended in disappointment, they enjoyed success en route to the final. 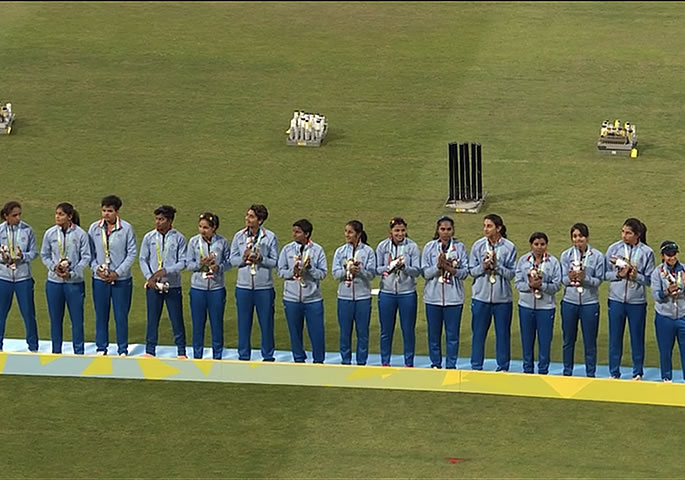 In the group stage, they thrashed Pakistan by eight wickets and continued their hot streak by defeating Barbados by a whopping 100 runs.

They reached the semi-final and narrowly beat England by four runs to make it to the final, ultimately losing to Australia.

Nevertheless, the silver medal for Harmanpreet Kaur’s side is an incredible achievement.