An Indian street food company was initially banned from trading at a St George’s Day event, because its food was not English enough. DESIblitz reports.

“It is inconceivable to not celebrate the impact of Indian culture to British life.”

When Tania Rahman applied to run a stand at Salisbury Council’s St. George’s Day event, she was looking forward to an opportunity to grow her Indian food business.

Little did she expect ‘one of the most multicultural towns in Wiltshire’ to turn down her application because of her food’s ethnicity.

The Council felt the food she wanted to serve – Chicken Tikka Masala – was not English enough.

So they notified Tania via email that ‘St George’s Day will be English themed food only’.

The owner of the Indian street food company was stunned at the Council’s decision to exclude her food, which was once the nation’s favourite food for years.

Bemused and disheartened by the unjustified rejection, Tania reacted on Facebook on behalf of her company, Chit Chaat Chai.

Her message read: “We were dismayed to find out that our application has not been successful on the grounds that it was deemed ‘not English enough’. 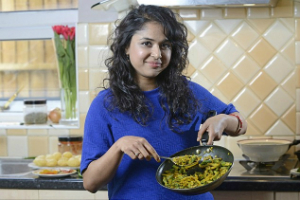 “St George’s Day is a celebration of all things English, yet much of English culture (tea drinking, for instance) was adopted from India.

It continued: “In the multicultural hotbed that is modern Britain, it is inconceivable to not celebrate the impact of Indian culture to British life.

“What better way to do so than by exploring the culinary delights of the former British Empire. A little history will reveal that St George himself was in fact of Palestinian heritage.”

Any culturally informed individual will agree that Tania has made some valid points here.

The Council’s cultural ignorance was shocking and disappointing in this day and age, when South Asians has well integrated into the community.

The topic at hand is also particularly sensitive in light of the upcoming election, where ethnic diversity is being heavily addressed by the politicians and media.

Tania took this opportunity to extend her sentiment towards British Asians as a political identity. She said:

“I consider myself to be English. I was born in this country. How far does it go? Can only English people attend the event?”

To pacify the flood of negative reaction on social media, Salisbury Council has issued an apology to Tania.

Annie Child, the deputy city clerk, said: “The Council acknowledges that the email sent to Ms Rahman was poorly worded. The Council never intended to be racist.

“Ms Rahman has raised some very interesting points about modern England and the council will wish to reflect upon these issues when setting the theme for the St George’s Day in 2016 and onwards.” 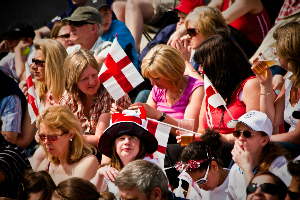 The drama has exposed a very intriguing aspect about modern Britain that embraces its colonial history and multiculturalism.

Chicken Tikka Masala, among many other cultural emblems, epitomises the cross between British and Indian culture.

Former Foreign Secretary Robin Cook once called it ‘a perfect illustration of the way Britain absorbs and adapts external influences’.

On that basis, the national dish has earned its right to join in any St. George’s Day celebration.

Tania will run her food stall in Salisbury in response to the public’s demand, but no one can blame her for accepting the apology with an unwilling and hurtful heart.