Nimisha Bhanot is changing the game and sexually liberating Indian women by creating a series of paintings based on pinup girls. DESIblitz has more.

"I decided to continue the pinup idea by appropriating vintage American pinups."

Indian-Canadian artist Nimisha Bhanot attempts to challenge the norm of white curvy woman as pinup models by exploring it through her own culture and art.

But instead of just taking traditional pinup art and making it Indian, Nimisha has put a lot of thought into each painting and aims to create an Indian equivalent of the original subject matter.

All of the figures stare straight at their audience, owning their sexuality. This works to confront the traditional expectations of Indian girls.

She tells Huffington Post that this project is her way of ‘juxtaposing North American acceptance of women’s sexual liberation against common societal perception of the South Asian woman’.

This project is also turning heads as it’s challenging how Indian women are portrayed in art. By choosing not to make them meek or mild, Nimisha is presenting a sexually liberated vision of the Indian girl.

And by purposely giving her dark skin, enticing figures and bold spirits, she is going against the notion that ‘fair skin is the only way to be beautiful’.

In her research for this project, Nimisha has looked through many images of pinup girls to find those that could be adjusted to fit in with the South Asian cultural experience.

“Having a bicultural identity and not knowing where you belong plays a big part in the sexual identity of Indo-Canadian women.

“This series aims to sexually liberate the Indian woman in a way that is normalised and desensitised by North American culture but still seen as taboo in a very patriarchal Indian society.”

This has resulted in a great series of artwork, filled with lots of vivid imagery that contradicts with one another by depicting Indian women looking sexual, dressed in traditional clothes.

For example, one of the models lies on her back, flaunting her cleavage and legs but is also wearing traditional makeup and a bindi. 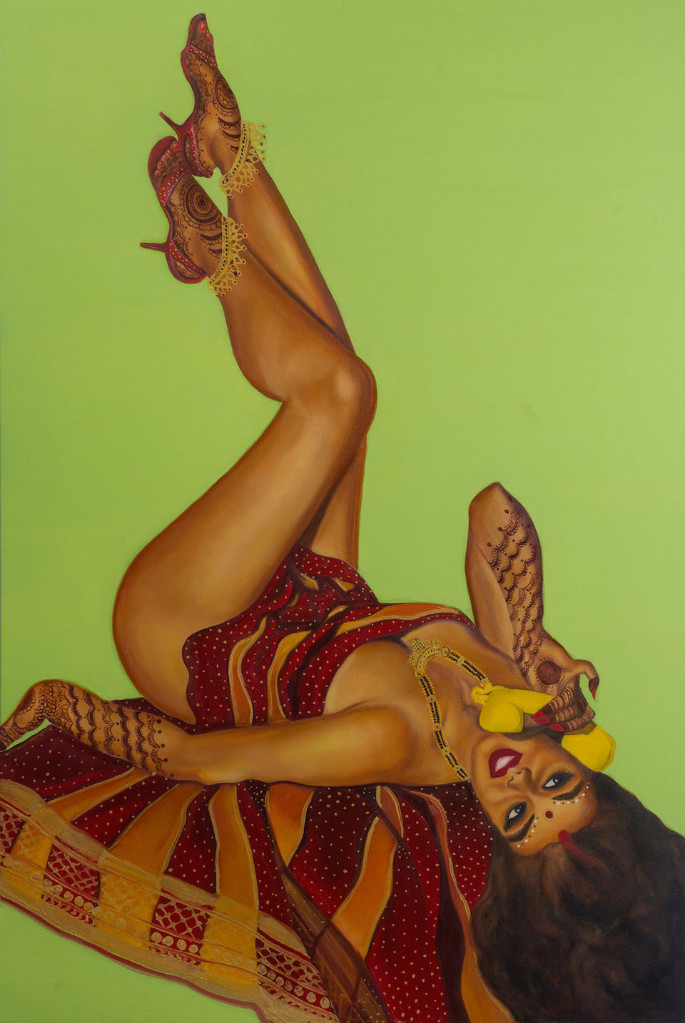 Speaking with DNA India, the Toronto native says: “This painting was painted in a style closer to my original but was composed to mimic pinup culture.

“I decided to continue the pinup idea but have fun by appropriating vintage American pinups from the 40s and 50s by adding a South Asian twist.”

When you look at the constant online scandals involving white celebrities appropriating Asian cultures, it is refreshing to see an Indian artist taking back her agency and putting a South Asian twist on an American cultural staple.

Nimisha adds: “I think in a time where we are constantly seeing South Asian culture being appropriated, this is a way of taking back the ‘All-American Sweetheart’ and giving her an identity that is more reflective of modern diaspora.”

She goes on to explain how ‘the subject’s outward gaze increases its confidence by making the viewer aware that it’s being watched, observed and potentially judged’. 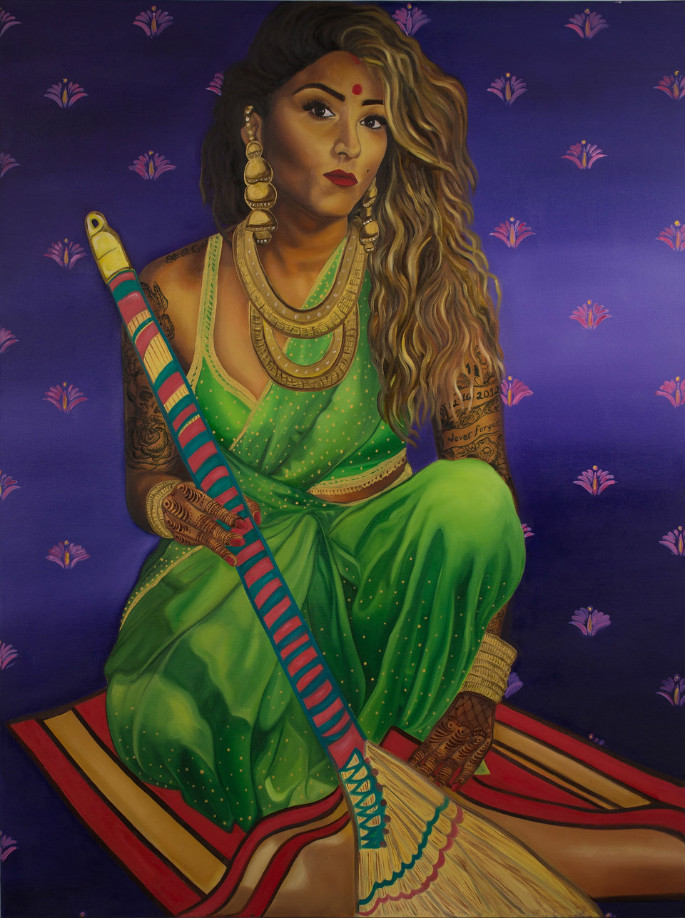 Nimisha Bhanot is changing the game with how Indian women are represented in art.

By using her dual nationality of Canadian and Indian, she has merged both Western and Eastern styles to really make a statement and solid effort to sexually liberate Indian women.