"Any look should work on and off camera."

Talking about the evening makeup look, Pooja said: “The idea behind this look was to keep it different than go the classic eyeliner way which would’ve been expected because of the black outfit with gloves and diamonds.

“Because the night was so star-studded, we decided to up the glam quotient with semi-smoky eyes.

“Initially, we debated between a red lip and lots of mascara kind of a look or a classic eyeliner with nude lips, but agreed that semi smoky eyes would give bring every element of the look together with finesse.”

Pooja, who has also worked with Vaani Kapoor, added: “My first and the most important step is prepping the skin.

“As a rule, I do not start makeup before moisturising the face and especially the under eyes with an under eye cream.

“Everyone has a unique face so if I have to create the same look on someone else I’ll do it according to their face and eye shape.”

Before sharing the routine, Pooja told Vogue: “Any look should work on and off camera, so I would suggest that start with very little product for every step and then build, if necessary.” 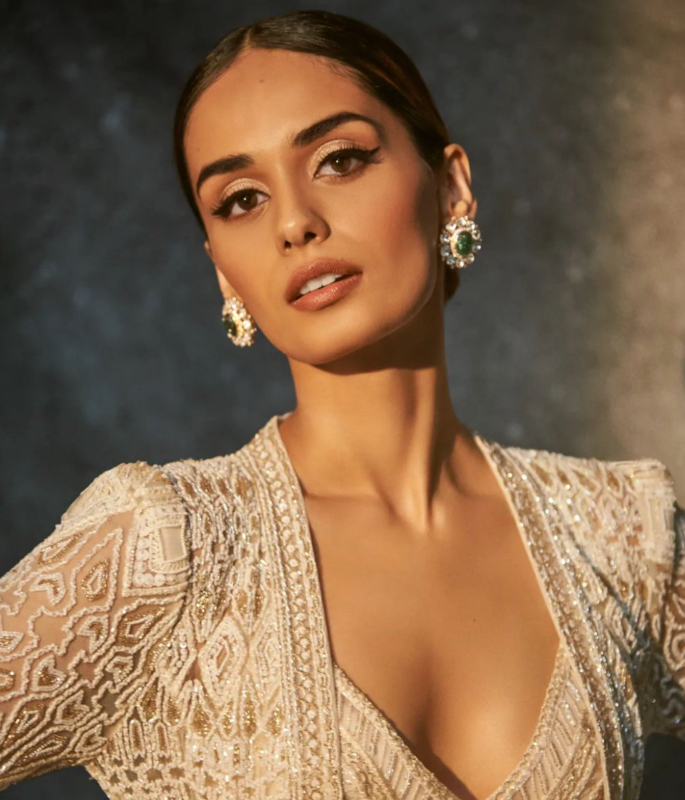 She then patted the under-eye area with the Kiehl’s Creamy Eye Treatment with avocado.

Pooja then shared: “I then used a creamy highlighter over the areas that catch the light the most.

“Benefit does a really good one or even Ruby’s Organics or any strobe cream.”

Manushi Chhillar’s makeup artist went on to use the Bobbi Brown Skin Long-wear Weightless Foundation and corrected and concealed with the Yves Saint Laurent All Hours Concealer and Sephora Best Skin Concealer. 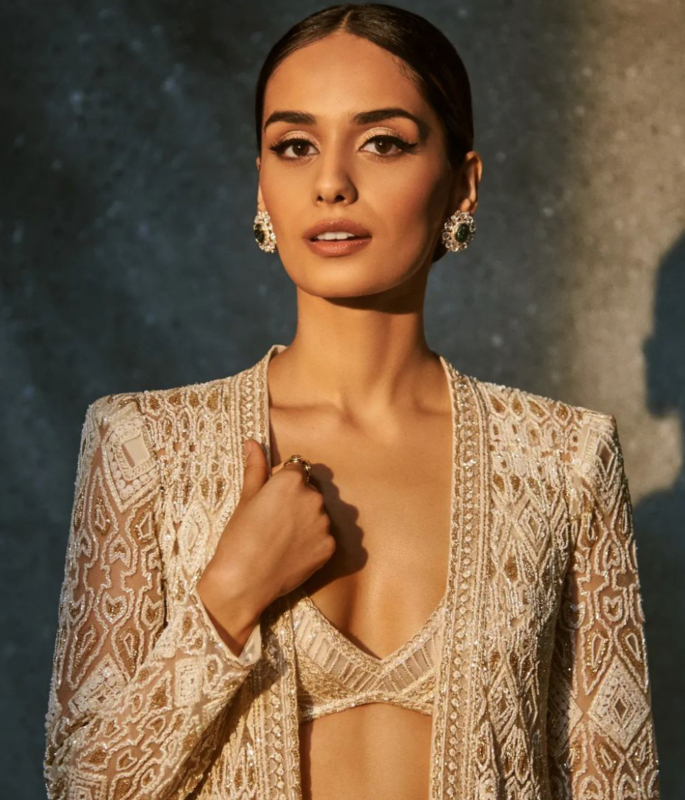 Pooja revealed that she loves using blusher: “For some blush, I love working with tints and creams as opposed to powder blush.

“For this look, I did a mix of Ilana Dream Blush in Peachy Peach and Benetint by Benefit.”

To preserve the look, Pooja set the base with some loose powder from Sephora.

Speaking about the eye look, Pooja said: “For eyes, I usually like to mix two to three neutral shadows for my smoky eyes so that it doesn’t fall flat in front of the camera.

“So I used the Too Faced palette and a mix of Bobbi Brown Long-wear Cream Shadow Stick.”

“And then used the Mac gel liner in Blacktrack to create the smoky eye. The key is blend, blend, blend!”

For Manushi Chhillar’s eyebrows, Pooja uses the Anastasia Beverly Hills Dip Brow Pomade and for lashes, she used the Too Faced Better Than Sex mascara.

Ravinder is a Journalism BA graduate. She has a strong passion for all things fashion, beauty, and lifestyle. She also likes to watch films, read books and travel.
Anushka Sharma shares glimpses from her Yoga journey
Pakistani Man’s opinion on Bridal Makeup sparks Debate