How much do you love Bollywood?

Why do you love Bollywood? Is it the music and dance routines, the storyline’s or just the glamour of Indian culture and heritage on the big screen? Tell us your thoughts.

Think back to your childhood, and the first Bollywood film you ever watched

With it being 100 years of Bollywood, we at DESIblitz feel as though it is time for a little bit of reflection.

We want to know from you as fans of Bollywood about your Bollywood habits too! So, please answer our polls below to see how much you really love Bollywood!

Over the last 100 years of Indian cinema, we have seen some epic love stories, immense historical and period family dramas, action blockbusters and shootouts and so much more.  Our love of Bollywood is growing day by day.

We have experienced sci-fi and fantasy, evil villains, slapstick comedians, aliens, witches and monsters and even a few zombies! But is Bollywood really the same as it was all those years ago when it first began?

Think back to your childhood, and the first Bollywood film you ever watched. Was it with your family? Imagine the days when you sat crossed legged, glued to the TV screen as a child, watching in awe the undeniable charm of a young and dashing Amitabh Bachchan in Sholay, or Amar Akbar Anthony.

Or even a cheeky Shahrukh Khan who shamelessly squirted water out of a flower into Kajol’s face in Dilwale Dulhania Le Jayenge. Was it full of high-pitched songs and dance routines, and those cheesy yet adorable one-liners? 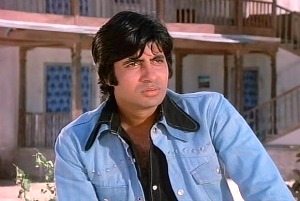 Yes? Ok, so maybe Bollywood hasn’t changed that much over the years. The high-pitched singing, ambitious dance routines and chat up lines are most definitely still there.

But one thing for certain is the noticeable shift towards a more modern outlook on Indian society and lifestyle, which is a forefront feature to expect from the modern day Bollywood film.

With this in mind, it is pretty safe to say that Bollywood has undergone a considerable transition over the years.

Almost every Asian individual, whether Indian, Pakistani, Bangladeshi or any other nationality living anywhere in the world is certain to have some kind of opinion about Bollywood. For whatever reason. And nine out of ten times, their opinions now will be a different to how they perceived Bollywood as a child.

Family dynamics have also changed over recent years. With a notable shift towards Hollywood sex and glamour, watching films as a family unit is a lot more difficult.

Interestingly, this is even more so with traditional set parents abroad rather than those living in India, who have a better chance of adapting alongside the changing climes and attitudes of the nation’s biggest industry. 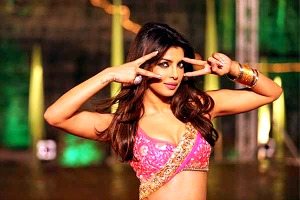 In India, Bollywood culture is part and parcel of daily life. Unless you have shut yourself away in a bare, unlit room for many years, it is pretty hard to avoid. That being said, with the number of South Asians now living abroad, Bollywood has a growing global audience.

In Britain for instance, you can walk into any big mainstream cinema across the country and be spoilt for choice on the frequent showings of the latest Bollywood flick. You can also easily grab a DVD, watch it on a Desi TV channel or see it on the Internet. Giving you no excuse not to see films from the biggest film industry in the world.

Many thanks for answering our Bollywood polls!

Aisha an English literature graduate, is a keen editorial writer. She adores reading, theatre, and anything arts related. She is a creative soul and is always reinventing herself. Her motto is: “Life is too short, so eat dessert first!”
Bombay Talkies Screens at Cannes
Ishkq in Paris ~ Review