How I introduced my Black Boyfriend to my Desi Parents

DESIblitz spoke with Simmy Kang, a trainee solicitor from Essex who shared her experience of introducing her black boyfriend to her parents.

For South Asians, getting into a relationship with someone who is not of the same heritage is frowned upon. This is the case of Simmy Kang who has been with her black boyfriend, Jason, since 2016.

In the modern, day, love marriages have become more of the norm. But, many families still prefer the arranged route of marriage.

Therefore diverting from that results in a judgement of surrounding cousins.

Even at a young age, Desi kids witness their elders talking about how being with someone ‘not brown’ is very bad.

Therefore, children grow up to hold the same ideologies, which need to change.

This struggle is amplified for South Asian women. Often seen as a possession, women can not even date openly as much as men.

The same goes for British Asian women. There is a certain stigma attached to girls talking to multiple men or even having more than one boyfriend in their lifetime.

It’s a cultural and societal viewpoint that South Asian women should only talk to one man, and he should be the one they marry.

Therefore, for Simmy Kang, a 26-year-old solicitor from Essex, being romantically involved with someone who was non-Desi was challenging.

For the modern generation, getting a black boyfriend isn’t a bad thing but Desi individuals are well aware of the repercussions they can face.

She shares her experiences of dealing with certain traditions and viewpoints that many South Asian women have to deal with globally. 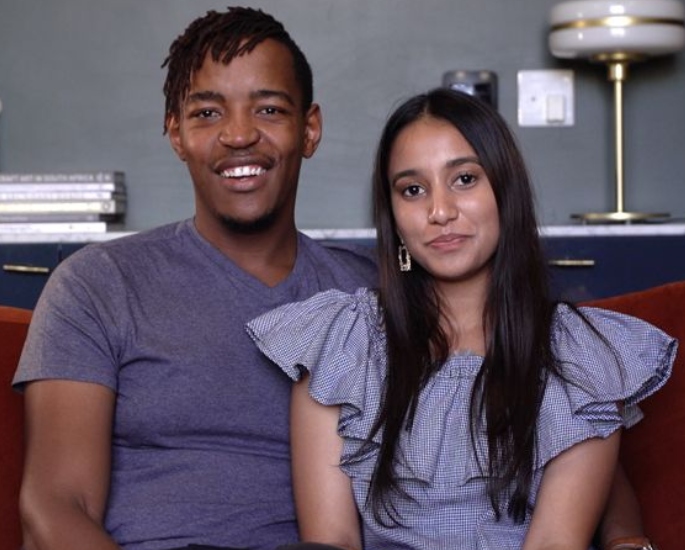 Meeting at King’s College London, Simmy reveals how getting with a black boyfriend wasn’t originally in the plan. But, that didn’t cut her off from the idea completely:

“I think most Asian girls have been told that we shouldn’t marry anyone who isn’t from our own background/heritage.

“It doesn’t necessarily come from a bad place, it’s just the way most of our elders are as that’s the way they were taught relationships to be.

“Even being with someone from a different caste is a major taboo. So, I never really thought me and Jason would get together.

“I wasn’t actively avoiding black guys or guys that weren’t brown, but for me, you just have to vibe with anyone you feel comfortable with.

“With Jason, that’s how I felt. We met in our second year at university at a party. It was easy for us to get to know each other because there was no judgment from others.

“University is that kind of place where you have more freedom to explore and don’t have to hide.

“I think if we met back at home, having to meet in secret would be more stressful and we probably wouldn’t be together.”

Simmy’s words speak volumes for many South Asian girls. The freedom available to them at university allows them to openly improve their social life and experience new things.

She goes on to say how the relaxing nature of the relationship shocked her but the realisation that university wasn’t forever was creeping in:

“It was only a month or so of dating and he asked me to be his girlfriend. I was quite shocked at how quickly things were moving but happy.

“I wasn’t even thinking of my parents or how I would introduce him to the family.”

“That hit me when I moved back home during the summer.

“He told his parents and they were fine and I would go over to his house in Leeds, and stay over but I’d lie to my parents about it.

“He would come up to see me and it would just have to be during the day and I found it harder to hide things.

“Essex and Leeds are quite far from each other so we were spending more on travel than we were when going out. It was just all unnecessary stress but I wasn’t sure what to do.

“Our communities don’t really talk about this and whenever someone does mention marrying someone not brown, it’s painted so badly.

“In my mind, I kept thinking we’ll be back at uni soon and things would get back to normal.

“But, Jason would say, ‘well what about next summer, what about when uni ends?'” 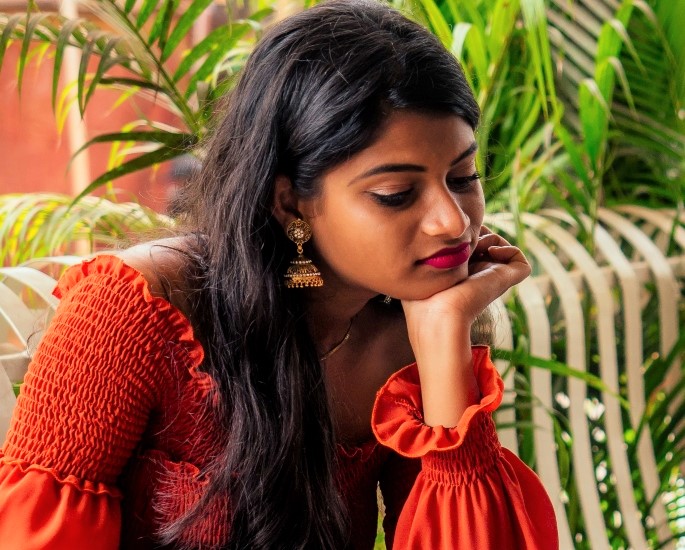 The constant barrage of questions and uncertainty lead Simmy to reveal the truth to her parents:

“Jason started to get frustrated and I kept telling him that it’s harder for Asian parents to understand these types of relationships.

“But, I had to come clean, it wasn’t fair to him or myself. I kind of took the easy route and told them over the phone the first week I was back at uni.

“I just said ‘mum, I’ve got a black boyfriend and we’ve been together for a while but don’t freak out’. What did they do? They went ballistic.

“My mum was shouting down the phone and then my dad came on saying I had to come back home at the weekend.

“I was dreading it and kept thinking I should’ve told them in person, that’s one regret I have. When I was at home, we all sat in the living room that evening.

“My parents had calmed down and asked me how long we had been together.

“I just decided to tell them the truth from there on and explained how me and Jason met and that we were officially together.

“My dad was so mad. He said Jason wouldn’t understand our culture, our beliefs and how we do things.”

“But I tried to tell them that Indian and Nigerian cultures aren’t that different. We have the same values and morals.”

Unfortunately, Simmy’s parent’s reaction to her black boyfriend caused distress for the family:

“They said they wanted me to marry someone who would be familiar with our family, our traditions and celebrations.

“They told me other people would look and say things. But I explained to them from my point of view that the love is real and he isn’t with me for a short fling.

“The feelings we had at that time and still do now are real. I explained my views and understood being with someone black is different but that shouldn’t matter.

“Love is love at the end of the day.” 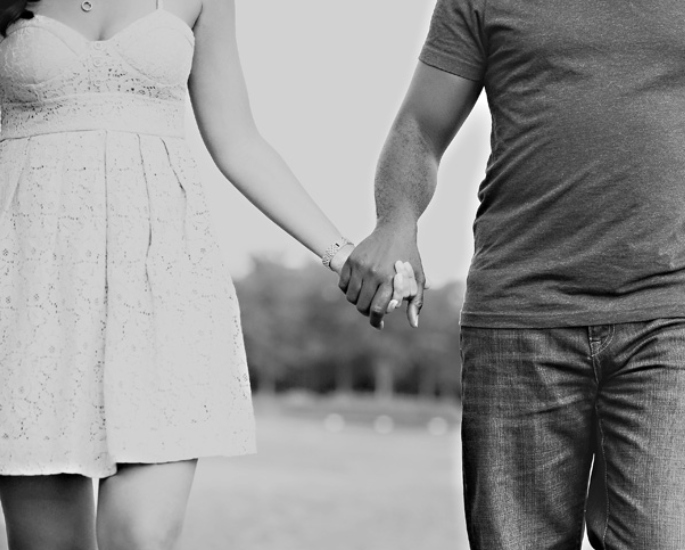 Although, a surprising turn of events led to Simmy’s boyfriend and her parents finally meeting:

“We didn’t speak for that week and I was too stubborn to go to them. But they called me on a Friday when I was at uni and said to come down with Jason on the weekend.

“They agreed to meet him. I thought it would be good for him and my dad to talk. Once my dad came around then my mum would too.

“So, me and Jason got a train down and we all went out. It was so awkward at first.

“He would try and make conversation but my mum would give one-word answers and just be staring at him.

“Not in a weird way, but in a way which is like ‘are you good enough for my daughter?’ I’ve never wanted a meal to end so quickly.

“We got home and my dad and Jason sat in the living room and he turned on the cricket.

“Jason actually played cricket at uni so tried to talk to my dad about that.

“I think my dad was shocked looking at his face. They had their first proper conversation over that and I could see my dad opening up.

“From there, things grew and my parents kind of gave in and realised how happy he made me.”

“They’re still a bit on the fence but I don’t need to lie when seeing him. He’s actually stayed over at my house a couple of times (he sleeps downstairs lol).”

Whilst Simmy’s parents started to understand their daughter’s relationship, she finds it concerning the type of restriction that is in place for Desi kids:

“I did find it unfair how our culture assumes that being with someone of the same heritage or colour is the way forward.

“It may work for the majority but for some, it doesn’t. You love who you love.

“I feel like if it was an Indian boy in Jason’s position, there would’ve been a big party and celebration about how I’ve found someone. Things like this need to change.

“I’m grateful my parents understood when I explained to them how I felt. My advice for people in these situations would be to do the same. Just be open. Especially Asian girls.

“We can often hide relationships or how we truly feel but parents will always understand, it just takes a lot of patience.

“I think people have to realise that our parents or elders have been raised with different mindsets. They’ve lived through different experiences.

“So most of the things we find normal are quite foreign to them, even when it comes to culture.

“Some families are stricter and more stubborn than others which is what makes life hard as a British Asian.

“I do think we want all this diversity and inclusion for ourselves in society. But we should have the same mentality when it comes to embracing others into our culture/families.”

It’s clear to see that Simmy had to deal with a familiar reaction from her parents when she revealed she has a black boyfriend.

Whilst her mum and dad have accepted this, there’s still a constraint on Desi girls to balance western and South Asian culture.

Likewise, dealing with a situation that is mostly highlighted to be negative took a toll on the solicitor.

However, as Simmy declared, “love is love” and the only thing modern and future generations can do is emphasise this and break the mould.

Shivani to Shirav: Transitioning in a Desi Household
Arranged Marriages vs Love Marriages: Is it a Taboo?