Highlights of The Clothes Show 2015

Fashion filled halls, celebrities and goody bags galore! The Clothes Show returned to Birmingham NEC for 2015. DESIblitz has all the highlights and pictures.

“This year is definitely the best show they’ve put on!"

The popular Birmingham fashion extravaganza, The Clothes Show returned for 2015 between December 4 and 8.

Now in its 27th year, the trendy show at Birmingham’s NEC certainly did not disappoint, and DESIblitz was there amongst all the performances, celebrities and all round fun.

This year featured everything to do with fashion and beauty, for both men and women to enjoy.

The main hall featured teeth whitening areas, fake tan booths, hair removal zones and even hairdressers to truly give visitors any look of beauty for the day.

Alongside that, popular stores also featured, such as Made in Chelsea (MIC) star Jamie Laing’s ‘Candy Kittens’ and The Only Way Is Essex babe Jess Wright’s fashion line ‘With Love, Jessica’. 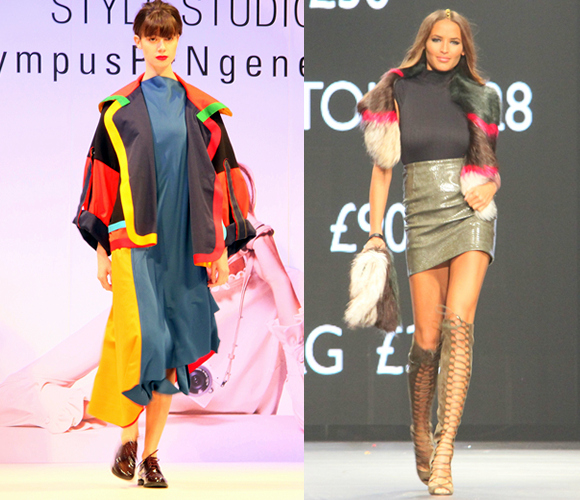 Also there to showcase their clothing were a number of stores with an extensive range of winter fashion.

MIC’s Binky Felstead was also at the event with her new book signing. X Factor Filipino stars 4th Impact were also there, having wowed many of the public with their outstanding performances on the singing competition on ITV.

“The celebrities who perform or attend, make the Clothes Show so much more exciting! It really adds the feeling of stardom to the day.”

Amongst the fashion stalls, runways and fashion shows took place throughout the day, including the Alcatel OneTouch Fashion Theatre in association with Capital FM. 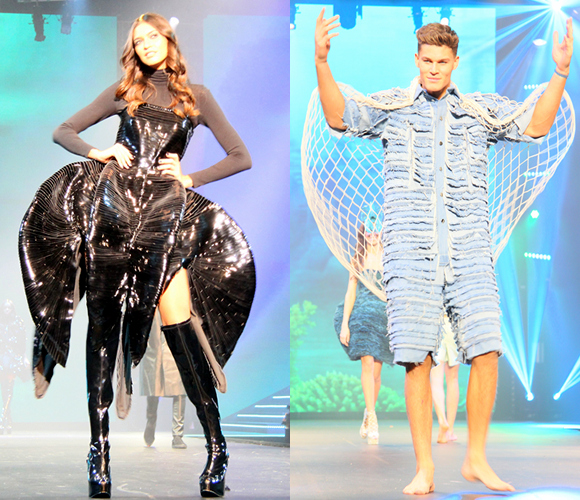 Music, dance and fashion took to the stage across the five days. Day One saw Rae Morris hosted by Gemma Cairney, while Day 2 saw Charli XCX hosted by Alice Levine.

First up on the famous catwalk was the Style Studio, showcasing a trendy range of student fashion for those at university.

Running for the majority of the day, the catwalk highlighted different areas of fashion, such as an arctic theme delivered by a University of Norwich student.

Beautiful fur outfits were showcased, concentrating on the idea of battling against the cold, highlighting fashionable ear muffs and hats, followed by gorgeous fur lined coats. 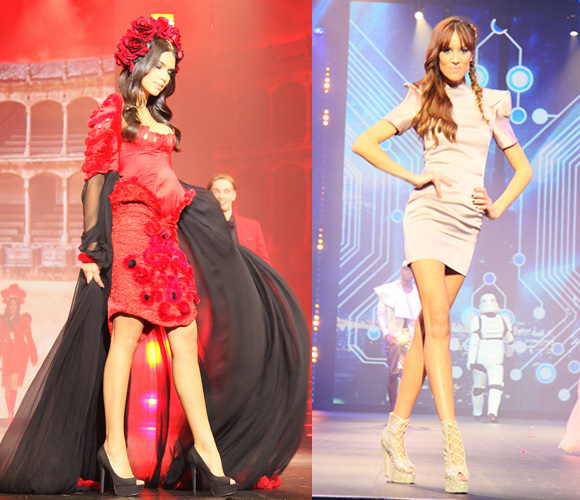 Whilst this captured a lot of interest, the main catwalk event was held in the concert hall, featuring incredible performances and fashion.

First to perform was Made in Chelsea’s Andy Jordan, and his trusty guitar, capturing the hearts of Birmingham. Rae Morris also stunned the audience singing her popular song, ‘Love Again’.

Popular high street brands, such as New Look, River Island and designers from Debenhams showcased their fashion through clever technology, highlighting what is hot to wear for winter.

The line focused particularly on the metallic look, as the perfect look to party this Christmas, with anything from sequins to sparkles to glitter.

To complete the show, and bring a sense of awe to the event, The Empires, half-dancers half-catwalk models, performed a half an hour long set. 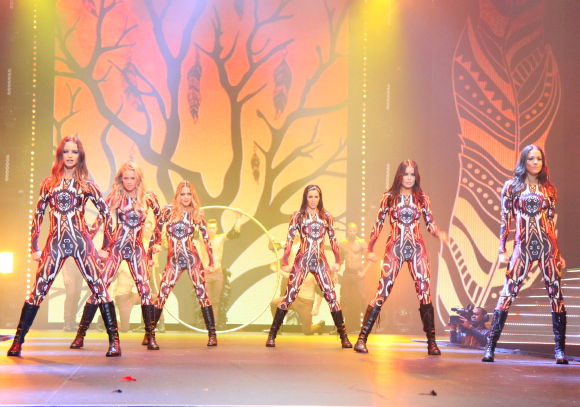 Using themes to convey the fashion, such as Underwater, Future and Pure, the extremely talented models portrayed the world of fashion through movements of brilliant dance, to then complete with catwalk models strutting their stuff.

Displaying extravagant clothes through colour, humour and performance, the audience were certainly wowed by this showcase.

“This year is definitely the best show they’ve put on! I just always love the atmosphere.”

We asked British Asians what their favourite style of clothing would be. Anifa, 26, said:

“I love the fashion the clothes show represents. It is hard to adapt to a Western style completely, but I try to incorporate it into my Eastern culture as much as I can.” 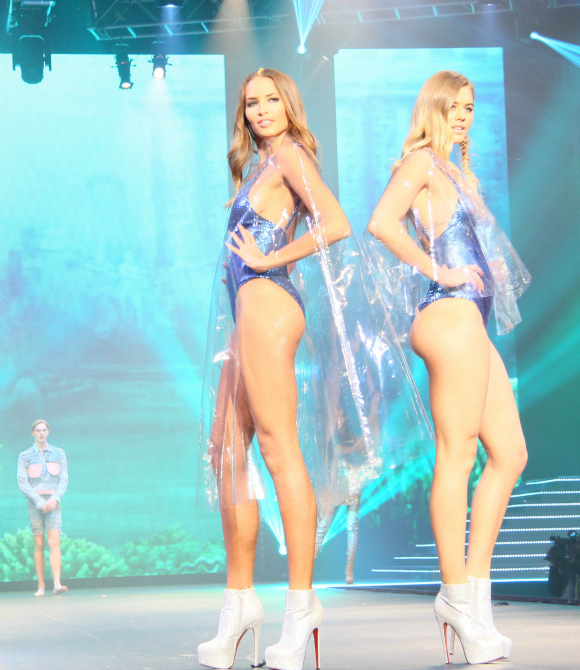 However, the men’s fashion was a little lacking. Having passed a few of the male orientated stores, the workers seemed to be struggling to keep the momentum of male shoppers coming to the event.

Harvey, 38 from Nottingham said: “The show was very good. I enjoyed it more than I thought I would.”

Although the overall content of the show seems to have improved, the amount of males participating or willing to go seems to still be on the low side.

Yet, despite this, the performance by The Empires kept a very neutral ground, focussing equally on male and female fashion throughout.

The show still remains to be predominantly women who attend, but nevertheless, The Clothes Show was as busy as ever and thoroughly enjoyed by all.

Take a look at all the picture from The Clothes Show 2015 in our gallery below:

Katie is a English graduate specialising in journalism and creative writing. Her interests include dancing, performing and swimming and she strives to keep an active and healthy lifestyle! Her motto is: "What you do today can improve all your tomorrows!"
10 Christmas Jumpers for Men you Have to See
7 Fashionable Christmas Jumpers for Women