Half of UK Meals Eaten Alone says The Big Lunch

National charity, The Big Lunch, reveals a new study into our eating habits, suggesting that almost half of all meals in the United Kingdom are eaten alone.

"The Big Lunch is about bringing people together to have lunch."

A new study looking into the eating habits of the UK has found that the average adult eats 10 meals (out of 21) by themselves each week.

The Big Lunch is a national charity who have commissioned this new study into the UK’s eating habits, finding that almost half of meals are eaten alone.

The study looked into 2,000 UK adults and how their eating habits directly linked to their satisfaction with life and happiness.

Despite how popular food posts have become on social media, showing peers what you’re having for dinner, the reality may be that it is a slightly more lonely experience than we let on.

34 per cent of UK eaters can go a whole week without eating a meal with somebody else, and more than two thirds of people have never shared a meal with any of their neighbours.

The study suggests that the reason for this solitary dining trend and isolation from others when eating is due to busy lives and hectic work schedules. 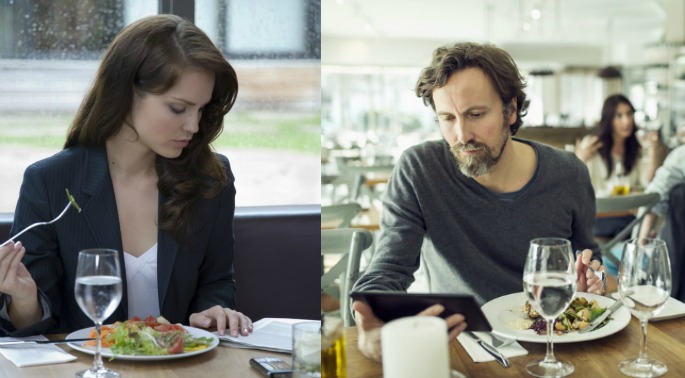 Yet, according to the study, the more often people eat with others, whether that be co-workers, or friends or family, the more satisfied they will feel with their lives.

Many of us wolf down our lunch in less than the designated hour break, which is due to workload or business. Yet, the average time for lunch among UK eaters is only 12 minutes.

More than half of these workers never or rarely eat lunch with their colleagues, and are said to be living less happy lives because of lonely eating.

A fifth of the people studied in said that it had been over six months since they had shared a meal with their parents.

This then leads on to two thirds of people saying there are friends or family members they know they should be spending more time with yet still choose to eat alone. 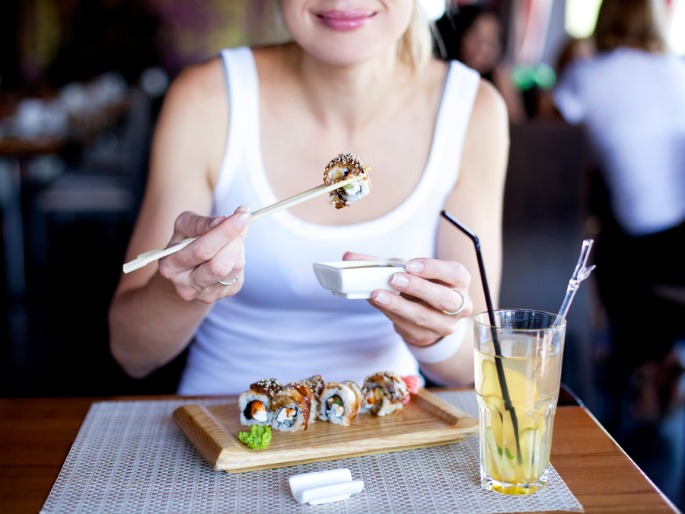 Even when living with others, the chance to sit down and eat a meal with others is rare. Depending on jobs or commitments, family members of peers who live together often end up eating meals alone.

21 per cent have said that their routine means that they end up eating their evening meal at different times to others in the house.

Aged over 55 are more likely to eat alone, with one in four saying that eating with company is not a usual occurrence.

This study stemmed from an idea from the Eden Project, for The Big Lunch, which has been possible by the Big Lottery Fund.

Robin Dunbar, Professor from Oxford, also contributed to the study, aiming to draw attention to UK meal times and how often they are a group/couple event. 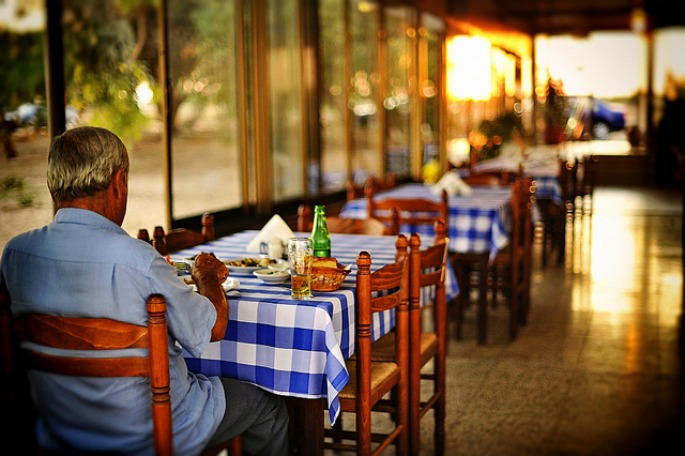 He supports the notion that lack of company during eating leads directly to a less happy lifestyle. He comments:

“The act of eating together triggers the endorphin system in the brain and endorphins play an important role in social bonding in humans.

“Taking the time to sit down together over a meal helps create social networks that in turn have profound effects on our physical and mental health, our happiness and wellbeing, and even our sense of purpose in life.

“But this study shows that, in the UK, we are becoming less socially engaged, with almost 50 per cent of meals eaten alone each week.”

Peter Stewart of The Big Lunch also commented on the study:

“The amount of solitary meals eaten each week is shocking, especially as the study shows that sharing food helps feelings of closeness and friendship.

“The Big Lunch is about bringing people together to have lunch – to make new friends, share stories, to have fun, and form bonds that last.

The Big Lunch attempts to bring people together by dining, and encourages as many as possible to take part in this charitable effort to allow people lead happier lifestyles by eating food with others.