Restaurant owner and manager, Waseem Ahmed, has fought back against TripAdvisor complaints against his Indian restaurant in Lanarkshire, Scotland.

"Maybe you should teach your child some manners."

Indian restaurant Shimla Cottage has been made famous by its unconventional method of dealing with customer reviews on TripAdvisor.

Restaurant owner and manager, Waseem Ahmed, has been brutally replying to customer complaints on the review website in a manner that has caught many people’s attention.

He claims that too many people have held his Lanarkshire establishment in Scotland ‘hostage’ due to their opinions and views on the site.

Ahmed told one of his complaining customers that his feedback was ‘written excrement’ and to get a ‘personality transplant’.

The restaurant owner has claimed that people are using the medium of TripAdvisor to demean and belittle his restaurant, causing a negative light to be shone upon it. He believes he should have the right to fight back against such comments. 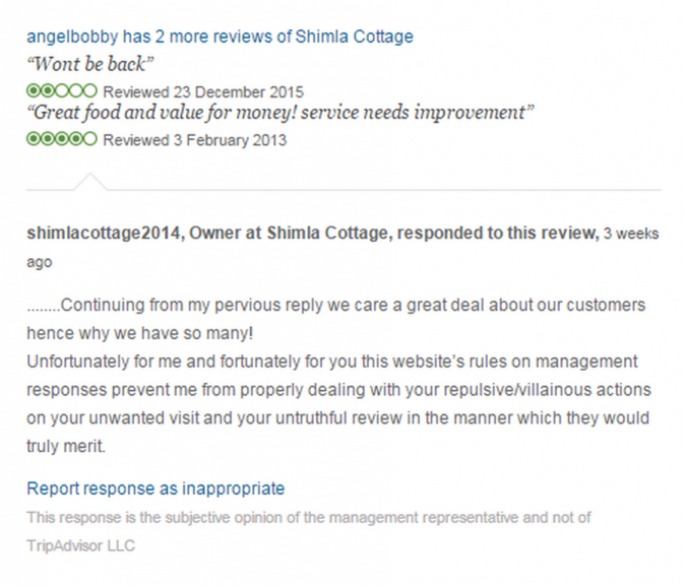 The defensive restaurateur told another customer that his review was ‘repulsive’, and even told one lady that she should teach her child manners after complaining of staff telling her child not to touch and ruin the menu.

“Your child, who is about 14 or 15 years of age, had the menu folded into a cone while I was taking your order. Oddly enough other people do have to use that same menu after you.

“Maybe you should teach your child manners as how to treat things that don’t belong to him.”

Mr Ahmed has spoken out about how his aggressive replies are making him and his company look:

“People think they can write anything they want and restaurants will hide under a blanket. We admit if we get it wrong and have always apologised when we do which you can see from other reviews.

“It’s a trend for people to just go on these sites and write negative things yet they were happy enough to eat the food when they’re here.” 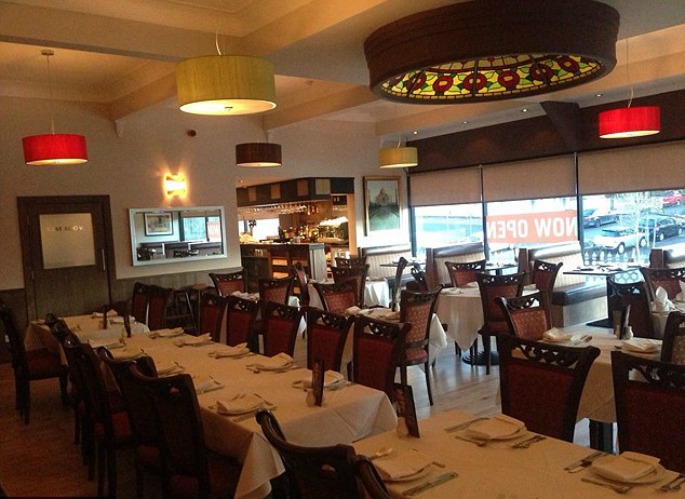 The restaurant, Shimla Cottage, has been open for 15 years and has an average of four out of five star ratings on TripAdvisor.

Yet, the vindictive responses the restaurant owner is responding with may in fact be hindering his business even more.

Replying to another customer, Ahmed said:

“Rather than go into the minutiae of your written excrement masquerading as a review, may I simply express my hope that you were able to set-aside the money we took off your bill for the inedible curry towards a personality transplant.”

Many customers have complained of bad customer service, with one reviewer writing:

“Went after hearing radio advertisements, mu chicken was inedible, tasted like leftover from the weekend. I told the waiter … He just shrugged his shoulders and said he never gets a complaint.”

“Some people are downright rude and hostile and think it’s right to tarnish someone’s business.”

But while Waseem Ahmed has a valid point, it is hoped that he can find a more constructive way to respond to his customer reviews on TripAdvisor.