In India, the first meal of the day is important and there are many to choose from. Here are 10 of the best breakfast meals eaten in India.

this dish can be enjoyed either mild or spicy.

In India, there are a number of breakfast meals that are both tasty and nutritious.

Breakfast is the first meal of the day so it is important to have something that will keep you going for the rest of the day.

With the vast selection of cuisine available in India, tastes and cooking styles vary from state to state, enough to make any foodie drool.

Breakfast meals vary from state to state. From fluffy dhokla to wholesome dosas, there is a huge choice to choose from.

Here are 10 of the best breakfast meals that are eaten in India. 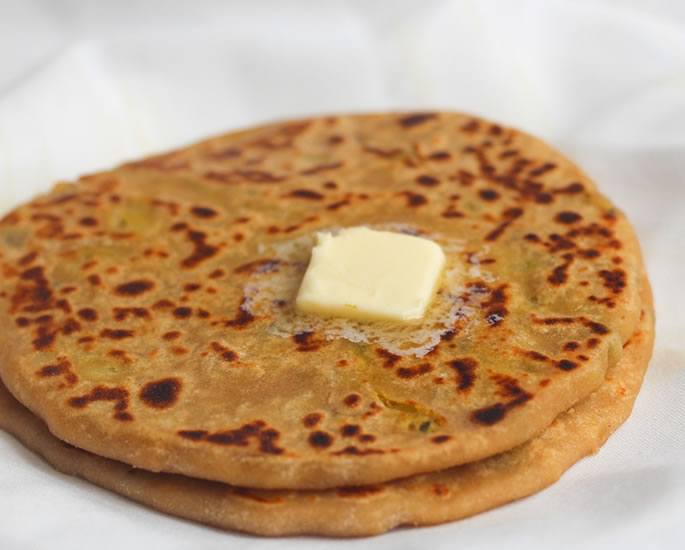 One of the most enjoyable breakfast meals in northern India is aloo paratha.

It is a flatbread stuffed with a spicy potato mixture.

The flatbread is made from wholemeal flour, salt and ghee, forming flaky, soft and crispy layers that are golden-brown in colour.

Perfect for a cold winter morning, this dish can be enjoyed either mild or spicy. 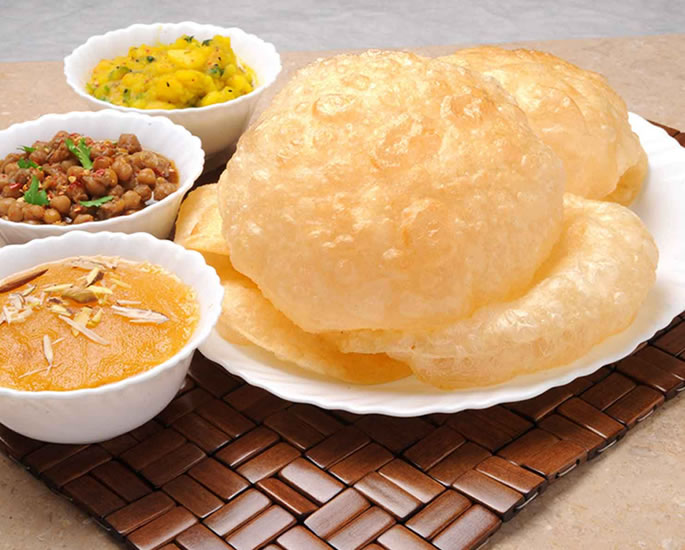 Halwa puri cholay is a traditional breakfast meal that combines sweetness and spice.

It consists of a sweet halwa, a chana masala and a special type of bread called ‘puri’, which is a fried Indian bread made with water, finer or coarser wheat flour, and occasionally cumin seeds.

This dish originates in northern Indian states like Uttar Pradesh and is frequently eaten for breakfast but some prefer to enjoy it at lunch.

Halwa puri cholay is typically enjoyed with a cup of tea, or mango and onion pickle with yoghurt. 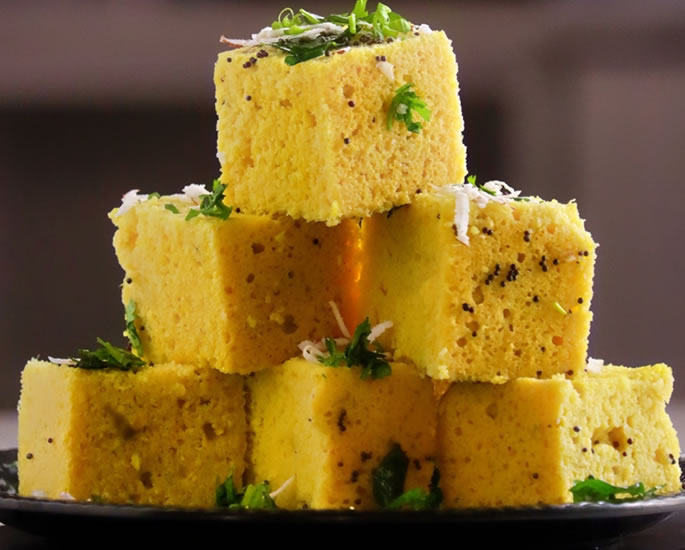 Dhokla may be native to Gujarat but it is commonly served in other parts of India, usually for breakfast.

It is a soft and mildly spiced steamed cake, often served with chutney.

In some preparations, brown mustard seeds and curry leaves are fried in oil before being poured over the dhokla, adding more flavour.

Made with rice and chickpeas, this light dish is healthy and rich in protein, ideal for breakfast.

There are different types of dhokla, such as Edada, which is made by using different lentils like black grams, instead of chickpeas.

Enjoy dhokla with a hot cup of tea. 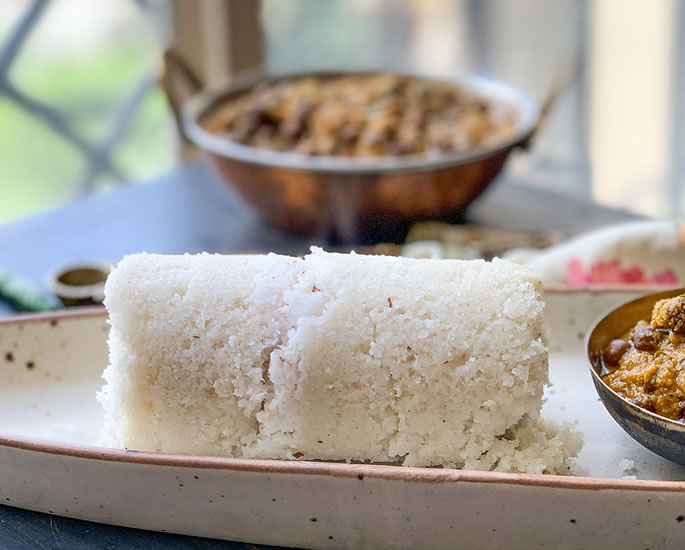 One of Kerala’s most famous breakfast meals is puttu.

Puttu is steamed cylinders made of ground rice layered with coconut shavings.

Sometimes, it has a sweet or savoury filling.

Puttu can be enjoyed with sweet accompaniments such as palm sugar and crushed banana. Alternatively, savoury dishes like chana masala go well with puttu.

It is a popular breakfast dish because it is healthy. This is due to being steam cooked. But to prepare this dish, you will need a puttu steamer. 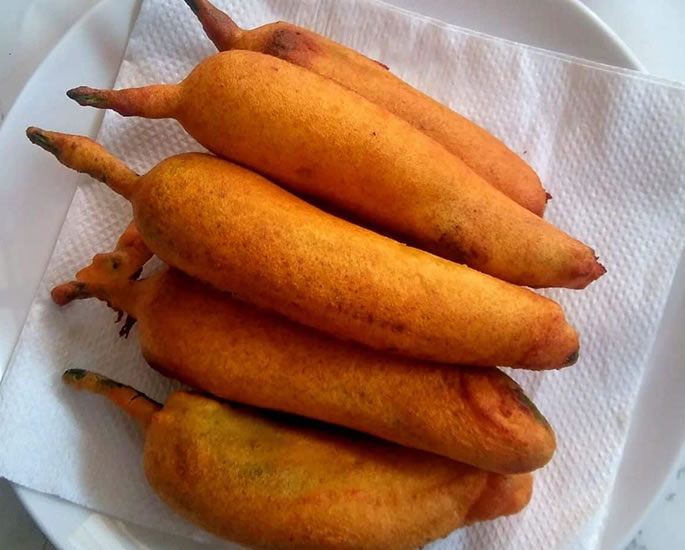 It is a spicy breakfast dish that consists of chilli stuffed with potato or cauliflower, which is then battered and fried.

It is commonly served with tomato sauce but it can also be enjoyed with mint and tamarind chutney.

Not only is it eaten for breakfast, but it is also a popular street food snack.

The combination of spicy and zesty flavours makes for a unique breakfast meal. 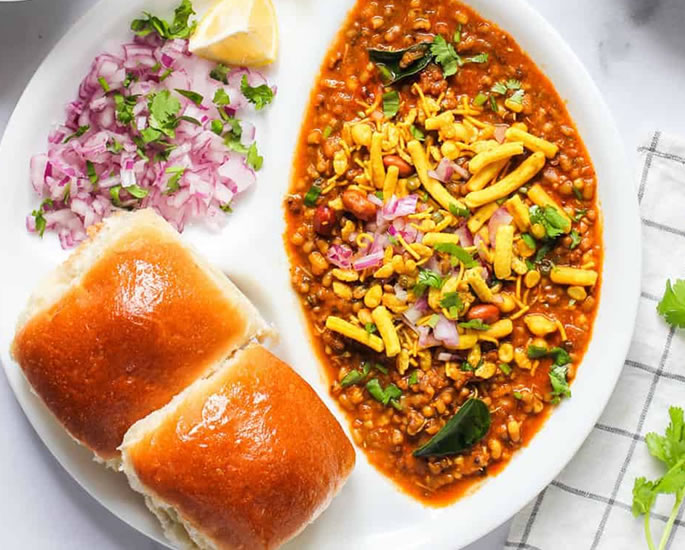 Misal Pav is a popular dish from Maharashtra.

It consists of misal, which is a spicy curry usually made from moth beans, and pav, an Indian bread roll.

The dish is topped with sev, onions, lemon and coriander.

There are different variations of misal pav such as Pune misal, Khandeshi misal, Nashik misal and Ahmednagar misal.

Misal pav from Kolhapur is known for its high spice content and unique taste.

While it is commonly eaten for breakfast, misal pav can also be enjoyed as a snack or as an evening meal. 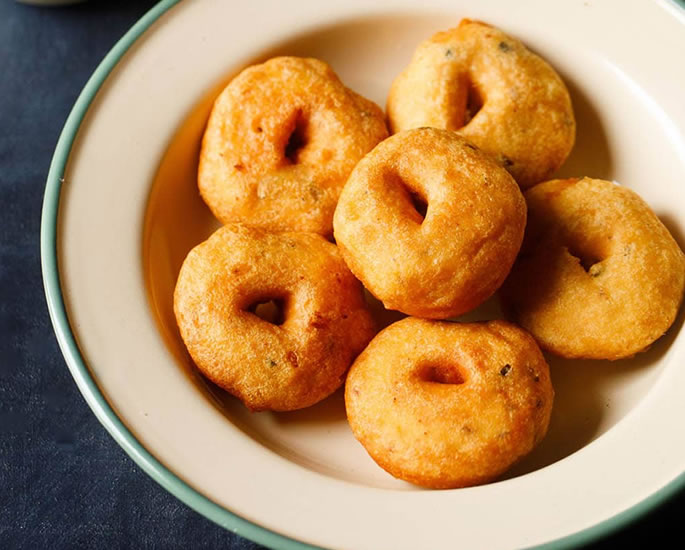 In South India, a popular breakfast meal is vada.

This tasty and protein-rich dish is typically eaten during festivals but there are also enjoyed for breakfast.

There are different varieties of vada made from different ingredients, ranging from legumes to potatoes.

Typically, the main ingredient is ground into a batter then seasoned with other ingredients such as cumin seeds, onion, curry leaves, salt, chillies or black pepper grains.

The mixture is then shaped into discs and deep-fried.

The result is a doughnut-shaped snack with a crispy exterior and a fluffy interior.

Sometimes stuffed with vegetables, vada is typically served with chutneys and sambar. 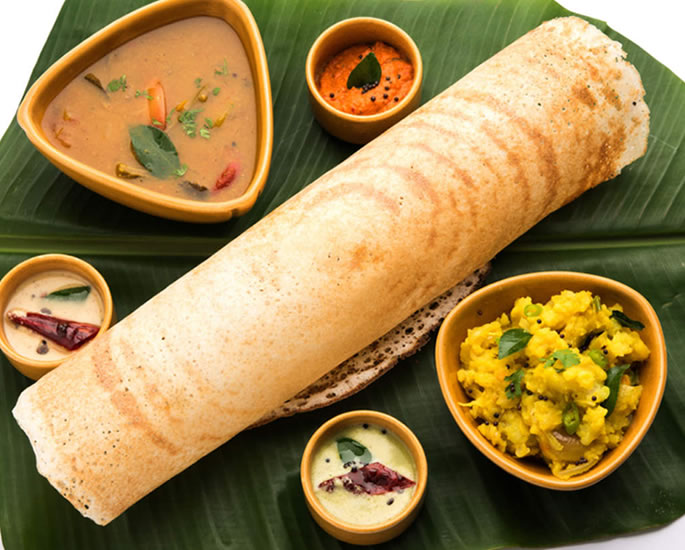 One of South India’s most popular breakfast meals is dosa.

It is a thin batter-based pancake made from a fermented batter predominantly consisting of lentils and rice.

It is commonly filled with a dry spiced vegetable curry, one of the most popular being potatoes.

Dosas are common in South India but they are now popular all over the country. As a result, there are many variations, using different ingredients.

Rava dosa is made with semolina while fusion options include pizza dosa and paneer dosa.

The versatility of this dish is one of the reasons why it is popularly eaten for breakfast. 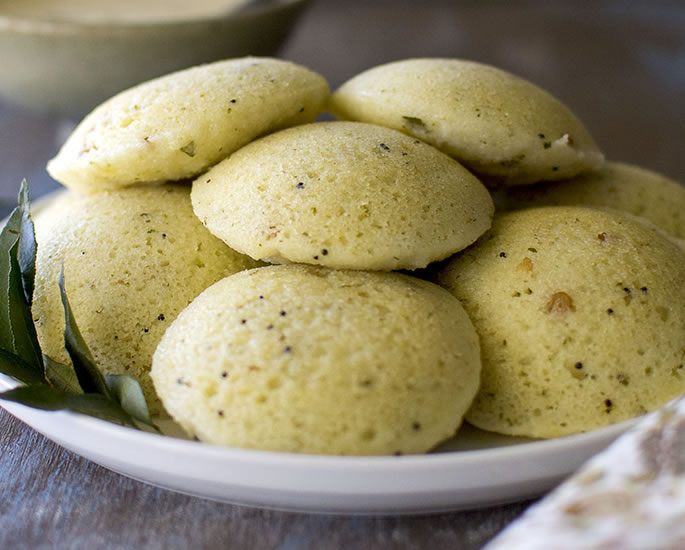 Rava idli is one of the best-known Indian breakfast meals and it is a steamed cake made from rava. It is a popular variation of the traditional South Indian idli.

It is made by mixing ghee-roasted rava with yoghurt, herbs, spices, cashew nuts, water and a leavening agent like baking soda.

The baking soda reacts with the yoghurt, giving it a fluffy texture.

The batter is then steamed to create fluffy disc-shaped cakes.

A dash of ghee is poured on top and the rava idli is served with coconut chutney. 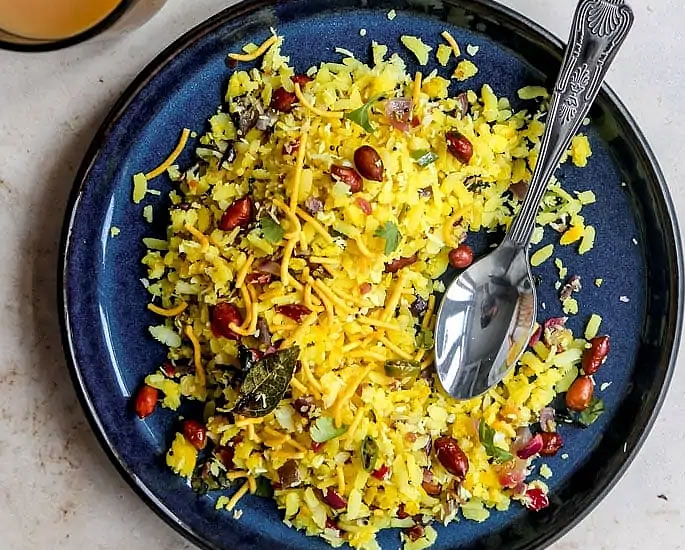 Kanda poha is a traditional Maharashtrian breakfast but it is loved all across India.

This simple dish consists of flattened rice with onions and peanuts.

The poha (flattened rice) is steamed with the other ingredients and spices. It can be garnished with grated coconut before being served.

Another version of this dish, called batata poha, is made with potatoes.

This dish is rich in iron and carbohydrates, making it a healthy breakfast dish.

India offers a tantalising array of delicious breakfast dishes that are full of flavour.

While they originated in different states, many have become popular across the country, showcasing how much these breakfast dishes are enjoyed.

Dhiren is a journalism graduate with a passion for gaming, watching films and sports. He also enjoys cooking from time to time. His motto is to “Live life one day at a time.”
5 South Indian Dishes made from Rice to Try
7 Popular Healthy Foods eaten in India