A 21-member drugs gang masterminded the import of more than £165 million worth of cocaine from Dubai into the UK.

It is estimated that the gang made £165.2 million.

A drugs gang that imported over £165 million worth of cocaine into the UK have been jailed for a total of 167 years.

The 21-member group was a complex network of well-rehearsed individuals moving illegal drugs on an “industrial scale”.

Leading members of the drugs gang would travel to Dubai to meet their contact who they boasted was on a “mill a week”.

However, their operation was busted when police exposed Encrochat, an encoded communication platform used by criminals.

East Midlands Special Operations Unit investigated and found that the gang was led by Paldip Mahngar out of his home in Derby.

Mahngar ordered kilograms of cocaine from contacts in Dubai.

Jaswant Kajla then distributed the drugs across the UK. He organised the logistics of moving the drugs and arranged for the gang’s earnings to be collected.

He made sure that the distributors acted as couriers to distribute the drugs to buyers.

The gang’s accountant, Manraj Johal, dealt with the collected money.

He would then relay his activity to his superiors. 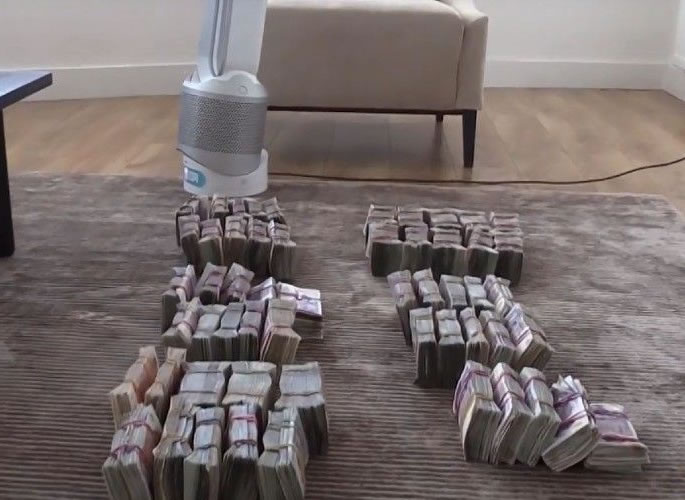 From the seized messages, police intercepted a 7kg package of cocaine in Derby in April 2020.

Three kilograms of cocaine was also found inside a wardrobe.

The drugs gang was jailed for a total of 167 years.

“This was a massive undertaking by a very skilled and determined investigation team to dismantle a gang which was responsible for the industrial-scale wholesale supply of cocaine across the country, along with the movement of millions of pounds in criminal cash each week.

“While the gang’s use of a ‘token’ system to monitor their cash flow and the encrypted Encrochat handsets to coordinate their business showed a level of sophistication, they merely acted as a breadcrumb trail for us to see the scale of the ‘business’, and identify each member of the organised crime group, as well as every sale they had made.

“The hefty sentences given today are not only a testament to an impressive regional investigation, but also to the power of collaborative law enforcement on a national and international scale.

“And we’ve not finished yet.

“Through the Proceeds of Crime Act we will now seek to identify and seize any assets amounted from the running of this illicit enterprise, to ensure those responsible are not only stripped of their freedom, but also of any profits made through their criminal activities.”

Dhiren is a journalism graduate with a passion for gaming, watching films and sports. He also enjoys cooking from time to time. His motto is to “Live life one day at a time.”
Indian Couple arrive at Wedding on Horses
20 Contemporary Challenges Faced by Desi Parents