Thirteen members of a UK-wide drugs gang have been jailed for a combined total of more than 129 years after a lengthy investigation.

They operated up and down the country.

Thirteen members of a drugs gang that peddled Class A drugs across the UK have been jailed for more than 129 years.

The final three members of the organised crime group (OCG) were sentenced on January 5, 2022.

It brings to a close a lengthy investigation by the Eastern Region Special Operations Unit (ERSOU) into the clandestine drugs ring.

The combined sentence of 129 years and nine months is the biggest ever jail term secured by the regional organised crime unit (ROCU).

The group, which was led by brothers Ansar and Ajmal Akram from Hemel Hempstead, used encrypted phones to organise exchanges of multiple kilograms of cocaine at a time. 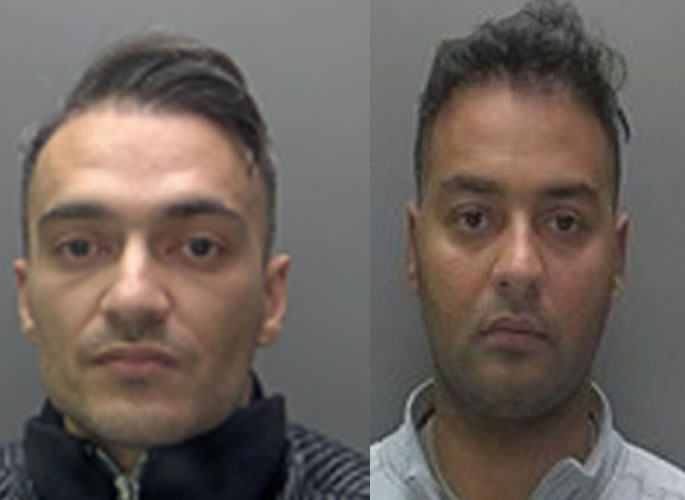 They operated up and down the country, selling the drugs to other gangs and wholesale drug dealers for onward distribution.

Officers from ERSOU investigated the group in 2019 as they travelled to Yorkshire, Dorset, Middlesbrough, Leicester, Luton, Northampton and Buckinghamshire.

“The hearing today brings to a close a lengthy and complex investigation into this nationwide drugs supply network.

“Thanks to the determination and tireless efforts of our officers, some very dangerous individuals are now facing a significant time behind bars.

“We’ve halted a supply of huge quantities of Class A drugs into communities across the country.”

Ansar Akram, of Thumpers, Hemel Hempstead, was jailed for 15 years after pleading guilty to conspiracy to supply cocaine and possession of criminal property.

Ajmal Akram, also of Thumpers, was jailed for 14 years after being found guilty of conspiracy to supply cocaine and possession of criminal property.

The other senior member of the group was Rahoof Khan who organised the OCG’s couriers.

“Our unit uses a range of specialist tactics to tackle those at the top end of the drugs supply network and I’m pleased that, thanks to the tenacity of our officers, we’ve secured our biggest ever combined jail sentence.

“Although criminals at the very top of the chain can seem removed from the devastating impact of drug dealing, the actions of people involved in such groups can still have terrible consequences for those living within our communities.

“That’s why we’re committed to continuing to use our cutting-edge capabilities to ensure we leave no stone unturned in our fight against those involved in the supply business, both within the eastern region and beyond.”

Ravinder is a Journalism BA graduate. She has a strong passion for all things fashion, beauty, and lifestyle. She also likes to watch films, read books and travel.
Man attacked In-Laws with Axe during Family Dispute
Ex-Mayor calls for Boris Johnson to Quit over Lockdown Party