A pair of drug dealers face prison after they filmed themselves counting money while bragging about how rich they are.

"We stash them in the bin."

Shakeel Amin and Zain Mushtaq were caught on camera laughing as they discarded £5 notes while counting money in a bedroom.

During the video, Mushtaq is heard asking Amin:

“Shakeel, what do we do with fivers?

“We stash them in the bin.”

The pair were among nine people on trial at Derby Crown Court as part of a drugs conspiracy.

The court heard how police seizing one phone became the catalyst for detectives to launch an investigation into a gang supplying Class A and B drugs across Nottinghamshire.

Officers found messages between the drug dealers on Mushtaq’s phone which implicated them in being involved in the supply of large quantities of drugs.

Analysis of the phone also resulted in the discovery of apparent drugs lists and additional videos showing Mushtaq boasting about designer clothes and jewellery.

Pictures of large wads of cash and cannabis were also recovered.

On May 4, 2019, police began a covert surveillance operation focusing on Amin.

Mushtaq was arrested on suspicion of conspiracy to supply controlled drugs after attending St Ann’s Police Station for a separate matter.

His car was subsequently searched and a bag containing his phone, cannabis, cash, his ID, bank cards and an exclusive gym pass was seized.

The site was raided and a significant amount of cocaine, MDMA, cannabis and 10kg of the cutting agent Boric Acid was seized.

Further warrants were conducted at multiple addresses in the area, where more Class A and B drugs were seized.

It was found that Amin’s brother Jamil was the ringleader.

Their cousin, Rabeena Kausser, had her phone seized as part of the investigation.

Analysis showed she had allowed them to use her address to package and store drugs since 2018.

It soon led to officers locating and arresting Saad Essa in London on October 3, 2019.

Officers made their final arrests in 2020.

Three of the drug dealers, Jamil Amin, Saad Essa and Kieran Neilson, denied their involvement in the supply of Class A and B drugs, but were found guilty.

They will all be sentenced at Derby Crown Court on December 16, 2021.

“This was a lengthy but ultimately worthwhile investigation, involving many complex operations, warrants and covert tactics to bring the entire group to justice.

“One phone being seized led to an entire drugs conspiracy to be exposed, and it was important to remain patient and strike at the right moment to ensure we had the evidence we needed and the ability to bring all nine members of the group into custody.

“The number of not guilty pleas certainly presented a challenge to us, but we were ultimately able to prove their involvement to the courts during the trial.

“I am very pleased with the verdict that has come out of this – it is a testament to the team and their dedication to the operation.” 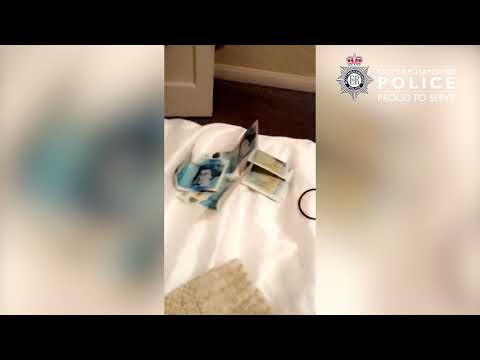 Dhiren is a journalism graduate with a passion for gaming, watching films and sports. He also enjoys cooking from time to time. His motto is to “Live life one day at a time.”
Tory Treasurer set to Make Millions from LV sale
Entrepreneur who Quit School at 16 sells Luxury Watches