Two drug dealers have been jailed after police found an estimated £3 million worth of high purity cocaine.

"This was a substantial seizure of illegal drugs"

Two drug dealers have been jailed for more than 22 years after police discovered a haul of high purity cocaine worth approximately £3 million.

Inside Salim’s home, police found seven blocks of cocaine in the cellar, over £5,000 in cash and three sets of scales.

Officers also searched Salim’s VW Golf, which he had driven to the meeting with Kola, despite being banned from the road.

Inside the car was a further 19 blocks of cocaine.

Kola was arrested the same day after police stopped his car in Halifax.

A search of his vehicle found it contained a professionally designed ‘hide’, which was used for storing illegal substances.

Both his and Salim’s vehicles were seized, along with another car which Salim had documentation for. 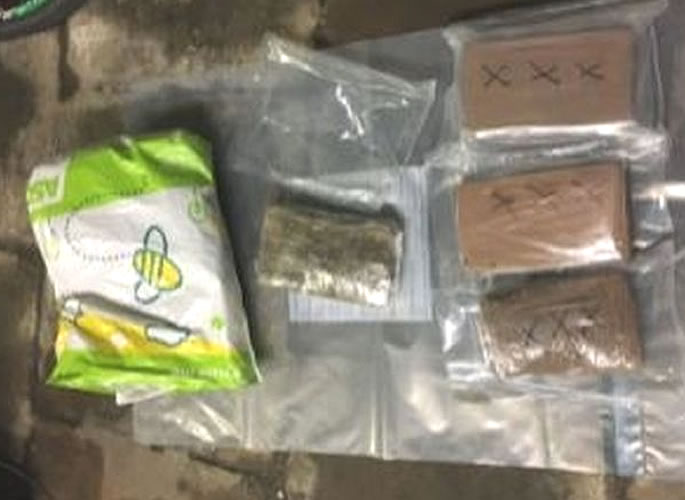 Kola, aged 30, of Bolton, was sentenced to 11 years and three months in prison.

Salim, aged 40, of Ravensthorpe, was sentenced to 11 years in prison.

“This was a substantial seizure of illegal drugs which were clearly destined for the streets of West Yorkshire and further afield, and we welcome the sentences passed.

“Programme Precision is committed to disrupting the illegal activities of people like Salim and Kola, and we continue to work closely with our communities to tackle serious and organised crime and make West Yorkshire a safer place.”

In a similar case, two drug dealers were jailed for more than 20 years for their involvement in a Class A drugs ring worth millions of pounds.

The gang were linked to more than 96 kilograms of heroin and cocaine.

They were exposed following the shutting down of the criminal platform EncroChat.

Detectives looked through thousands of lines of chat between March and July 2020 that demonstrated the group’s enterprise of collecting and regularly distributing significant quantities of drugs.

Drugs were peddled from as far as Bradford and Birmingham.

Evidence showed the conspiracy continued for a year after the rumbling of EncroChat as officers covertly tracked members of the gang as they tried to continue their operation.

The investigation discovered that the group were responsible for sourcing, storing and arranging the couriering of a total of 101 kilos of cocaine, with a value of over £2 million, and 14kg of heroin, with a value of between £160,000 and £350,000.

Dhiren is a journalism graduate with a passion for gaming, watching films and sports. He also enjoys cooking from time to time. His motto is to “Live life one day at a time.”
Family of Murdered Anand Parmar pay Tribute
Pakistani Woman reunites with Indian Brothers after 75 Years