Two drug dealers have been jailed for trafficking high-purity cocaine worth £1 million into Bradford, sealing it in a gas canister.

Two Bradford-based drug dealers have been jailed for a total of 29 years for their involvement in trafficking 14 kilograms of high-purity cocaine worth £1 million.

Safraz Latif was said to be a courier for the drugs operation.

On February 9, 2021, police seized a gas canister from the basement at an address in Cornwall Place.

Officers saw Miah unloading it from the boot of his Audi and hiding it in the basement.

He was arrested afterwards at another address in Bradford after being caught hiding a gun under garden steps. Miah was also caught with a cash counting machine, a heat sealing device and an angle grinder to cut open the canister.

Inside the gas canister was 14kg of high-purity cocaine worth £1 million. 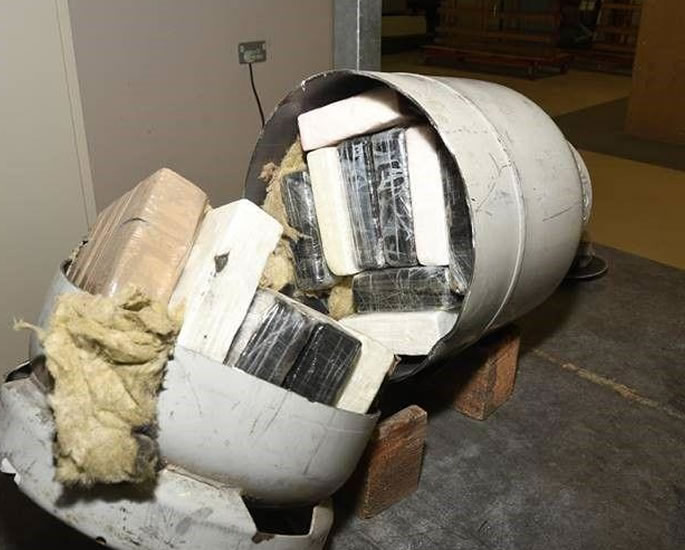 Miah pleaded guilty to trafficking cocaine and 250 grams of cannabis. He was convicted of possession of a prohibited firearm.

Latif was convicted of possession of cocaine with intent to supply.

Jeremy Barton, for Miah, said he became involved in the drug supply ring because he was a drug user and had amassed a debt.

He did not conceal the cocaine in the canister or bring it into the UK.

There were others higher up in the chain. There was no evidence of a lavish lifestyle or that the gun had ever been used.

David McGonigal, for Latif, said he had a lesser role with no control over those above him.

“In your pursuit of riches, you did not care about the damage inflicted on the community.”

Judge Nadim said Miah played a leading role who had a “spoofer phone” to hide his criminal activities whilst speaking to others in the drugs ring.

He told Latif: “Your role was critical in the functioning of Faruk Miah’s enterprise.

“Each of you was motivated by, and expected, a substantial financial advantage from this drugs enterprise.”

Faruk Miah, aged 44, of Manningham, was jailed for 18 years.

“This was a complex investigation which involved a certain degree of sophistication by the perpetrators in their attempts to avoid detection.

“I welcome the significant sentencing of the leaders of this organised crime group and it is clear that a strong message has been made that the courts, West Yorkshire Police and the Crown Prosecution Service will work together to keep West Yorkshire safe and feeling safe.

“Today’s sentences should serve as a message to the people who are intent on bringing drugs into our communities – you can expect to feel the full weight of the law upon you.

“I also hope that it shows the public we serve that any information relating to serious organised crime that is given to the police will be treated in the strictest confidence, and all efforts will be made to remove threat and risk from the communities of West Yorkshire.”

Dhiren is a journalism graduate with a passion for gaming, watching films and sports. He also enjoys cooking from time to time. His motto is to “Live life one day at a time.”
7 Top Tips for British Asians to Start Their Own Business
Indian Student killed in Russia-Ukraine Conflict