Chicken with a South Asian Persuasion

Spice up your supper with five ways to breathe new life into the family favourite. DESIblitz presents some of our favourite South Asian chicken dishes you are likely to find anywhere.

By its very nature, chicken is a tasty beast.

Chicken has many merits; it’s endlessly versatile, economic, and a real crowd-pleaser. It’s probably on your menu at least a few times a week. But how often do you do something different when there’s chicken in your kitchen?

It’s easy to fall into a pattern of always preparing the same meals, particularly when time is short and budget is tight. The routine is fine for a while, but not even the most relish-worthy recipe remains flavour of the month forever.

Ever wondered why you crave chicken? The meat scores highly on the ‘umami’ front, meaning it contains lots of naturally-occurring highly savoury ‘glutamates’ that leave you wanting more. By its very nature, chicken is a tasty beast.

But feast your eyes on the five Desi chicken dishes described below, and you won’t have a single scrap left on the table – indeed, your guests will be scrapping over every last moreish morsel 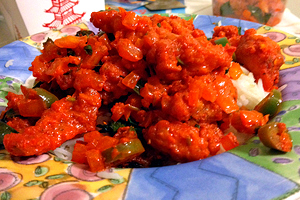 If you like crunchy-fried chicken, you’ll love Tamil Nadu’s chicken 65. The deep-fried delicacy is often served as a bar snack or canapé.

The savoury flavour of curry leaves is key to a good chicken 65, as is the crispness of the spice-infused cornflour coating.

Theories as to the origins of that numerical name range from the date the dish appeared on the menu at Chennai’s Buhari Hotel; to the length of preparation; to the chicken’s age; to the number of chillies. No matter what you believe, it’s lip-licking! 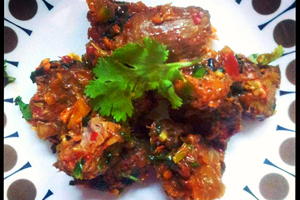 Sichuan pepper contributes a beguiling tingly-numbing quality to this popular bar Nepalese bar snack. Making Choila is a simple case of grilling chicken then mixing with that spicy dressing. It has excellent keeping qualities, so make in bulk and savour at leisure. 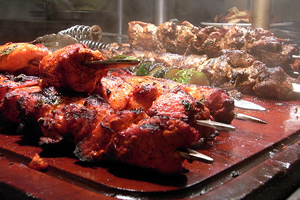 The tandoor came to the country from Iran, travelling with the Arabs. Over centuries, India’s chefs created a whole cuisine built around the clay oven; including, of course, Nehru’s beloved tandoori chicken invented at Delhi’s Moti Mahal.

Cook In A Curry Maunika Gowardhan likes to serve tandoori chicken sprinkled with chaat masala alongside raita and salad.

She obtains a vibrant hue with paprika and chilli powders rather than food colour.

Keeping the chicken chunky a la Bukhara’s Manjit Gill is one of the tricks to triumphing with tandoori meat, enabling the outside to char and the centre to stay succulent whether cooking in a tandoor, on a barbecue, or under a screaming-hot grill. 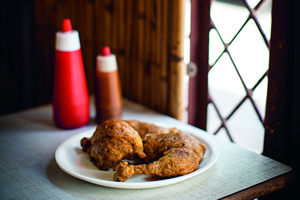 Love the thought of a crisp crust giving way to juicy, flavoursome meat? Farcha is a must-fry. Like many Parsi dishes, it has Persian origins.

The chicken meats a masala including coriander, cumin, chilli, garlic and ginger and is deep fried, then dipped into seasoned flour and plenty of beaten egg before a final fry which yields that crunchy casing. 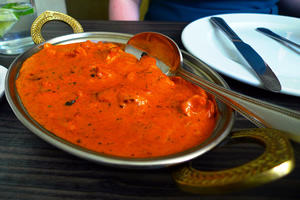 It’s not a dish for the calorie conscious; laden with enough of its namesake fat to give the healthiest foodie a heart attack – a lethal combination when coupled with its heart-stopping deliciousness!

Butter chicken begins with marinated, grilled meat; much like its Brindian curryhouse counterpart. The cream-enriched, velvety sauce owes its savoury depth to the use of kasturi methi. A pat of white butter dolloped atop the dish is butter chicken’s crowning glory. 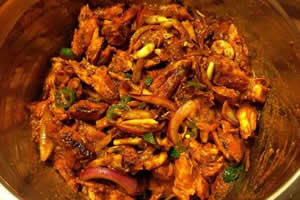 Which dish do you find the most tempting; and what are your own creative suggestions for cooking with chicken?

Food writer Zoe has no ties to the subcontinent beyond a deep love for its cuisine. When not eating, you’ll find her writing, talking, or reading about Indian food. Her motto? 'The food supplies the tie that the umbilical cord did not.'