Bugatti Vision is a real car for Gran Turismo

The Bugatti Vision Gran Turismo is a supercar based on a digital concept from popular video game, Gran Turismo 6, making its début at Frankfurt Motor Show.

It is not often a renowned supercar giant produces a car based on a video game, but that is exactly what Bugatti have gone and done.

The Bugatti Vision Gran Turismo (VGT) is a digital fantasy brought to life showcased at the Frankfurt Motor Show 2015 in all of its stunning carbon fibre glory.

Pleasing both gamers and petrolheads at once, this is a clever marketing strategy by Bugatti who builds the car ‘for the fans’. 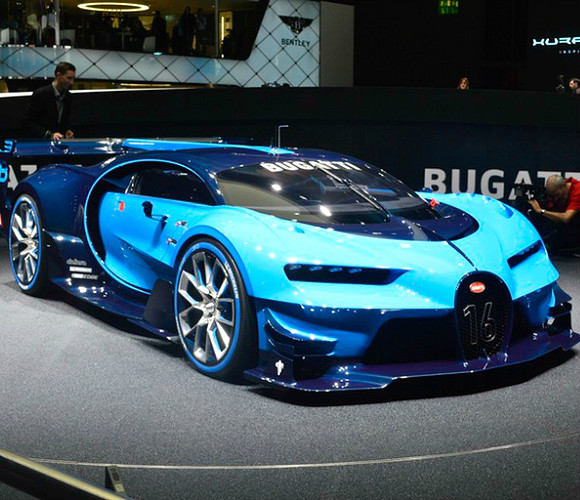 Bugatti is in a transition phase, having sold all 450 of its Veyrons and looking forward to its successor, another over-the-top super sports car, the Chiron.

The VGT pays homage to past models like the Bugatti Type 57 Tank, which boasts two victories in the 24 Hours of Le Mans races, and gives an indication of what’s to come in the future.

Wolfgang Dürheimer, President of Bugatti Automobiles S.A.S., comments: “Bugatti Vision Gran Turismo is the first stage on a new journey that Bugatti is embarking on, following the successful completion of its Veyron chapter.

“It will culminate in the unveiling of the next Bugatti super sports car in the not too distant future.

“This project showcases Bugatti’s new design language, which we have developed to celebrate this new chapter in our company history.” 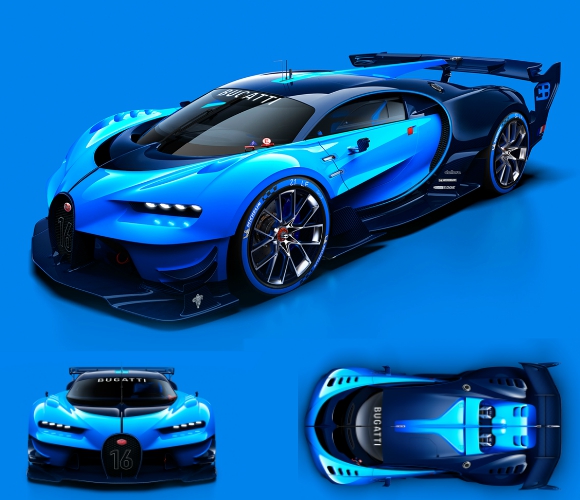 The VGT stays true to its virtual aesthetics with full racing trim and aggressive racing dynamics. Bugatti claims ‘every design feature has a purpose’.

Signature iconic features, such as the horseshoe on the front grille and the centre fin, are prevalent in the VGT.

The unmistakeable Bugatti line which separates the exterior into its two tone finish and acts as to cool down the car is flamboyant. 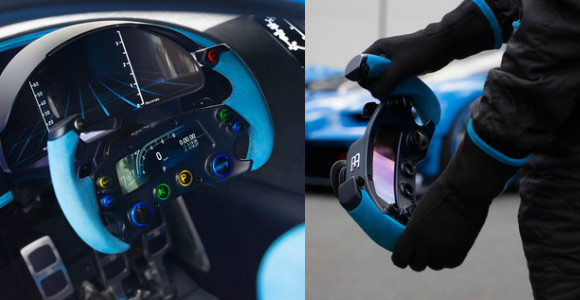 The cabin is filled with simplistic clean lines throughout, with every aspect focused towards racing.

The centre fin follows through to make an appearance inside the car, separating the driver from the rest of the cabin.

As expected, the seating position is made to be as low as possible with matte finish carbon fibre surroundings, echoing a premium feel in every corner. 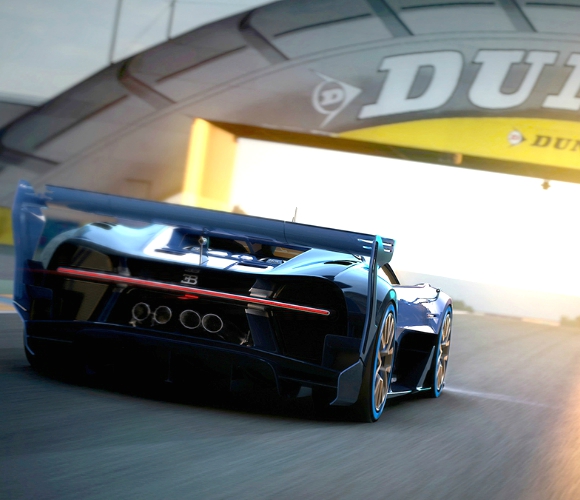 A W16 engine powers all four wheels, with Bugatti claiming the VGT would be able to reach 250mph on four sections of the virtual Le Mans track.

Although no horsepower figures have been mentioned, it is thought the overall performance of the car will be close to that of the Bugatti Veyron.

Florian Umbach, head of chassis development at Bugatti, says: “For Bugatti Vision Gran Turismo, we’ve geared every parameter to maximum performance, unlike with our production car, where it goes without saying that comfort and easy handling are also key factors.”

Whilst the VGT still remains a supercar anyone can drive through their control pads only, this visionary real life concept car certainly excites car enthusiasts for what’s in store in the short term future.

Images courtesy of Gizmag and Bugatti