A Blackburn teenager was driven to his prom in a £3 million Bugatti Chiron, one of the most expensive cars in the world.

“It is a very difficult vehicle to get hold of for occasions.”

A teenager from Blackburn made a statement at his prom, arriving in a Bugatti Chiron.

Asim Hussain, a Year 11 pupil at Witton Park Academy in Blackburn, arrived at his prom in the £3 million supercar.

He was driven from his school to Foxfields Country Hotel by his uncle Romey, who runs a chauffeur and executive travel company.

Romey had arranged the Bugatti for the big day.

Romey explained: “It was great to make his day. It was a dream come true for him.

“It was certainly something unique and nothing the town had seen before.

“A lot of car enthusiasts loved the vehicle and came and took photos.

“A big thank you to Iky from Platinum Executive Travel (PET) who managed to supply the vehicle from Birmingham.”

“It is a very difficult vehicle to get hold of for occasions.” 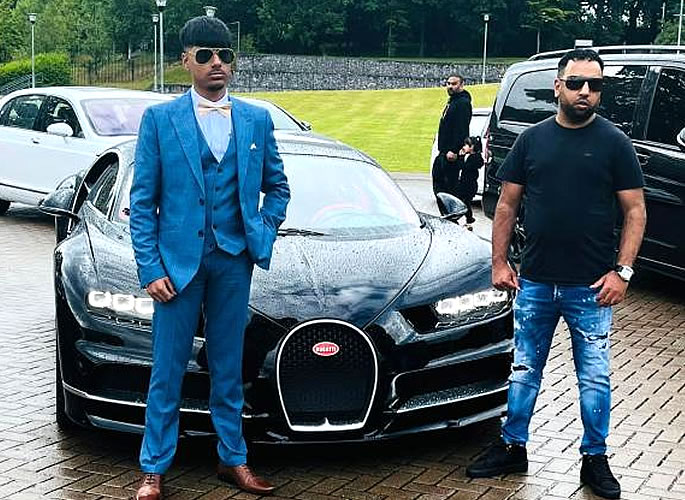 The Chiron is said to be the “fastest, most powerful, and exclusive production super sports car” in Bugatti’s history. It is also pricey, costing £3 million.

Only a select number of vehicles have been produced and every unit has been sold, with customers having to place £200,000 deposits just to secure their car.

The Chiron has an eight-litre W16 engine that produces 1,500 bhp.

It goes from 0-60 mph in just 2.4 seconds and is electronically limited to 261 mph due to safety reasons.

It was founded in 2006, starting off by hiring out their first Rolls Royce.

In 2009, as supercars were becoming more popular with the rise of social media, PET began adding supercars to its fleet.

In addition to the Bugatti Chiron, the car service has Lamborghinis, Rolls Royces, Mercedes, Ferraris and Porsches available for hire.

PET takes care of every detail to ensure a seamless experience. No matter the destination, PET provides personalised service from wedding hire to driving a supercar for a weekend.

“It was absolutely brilliant. It was a big surprise and I was not expecting this at all.”

“I thought a Lamborghini was coming and they were all shocked when a Bugatti arrived.”

After enjoying his leaver’s prom, Asim was picked up in a £200,000 Rolls Royce Phantom.

Dhiren is a journalism graduate with a passion for gaming, watching films and sports. He also enjoys cooking from time to time. His motto is to “Live life one day at a time.”
The Hundred builds Cricket Stadium in Minecraft
6 Best Homemade Cars in India