A thug from Birmingham and his accomplice used a metal bar to carry out a horrific daylight assault on a frail man at a bus stop.

"He was then attacked and struck with the bar"

Tayub Zaman, aged 25, of Bordesley Green, Birmingham, was jailed for four years and six months on October 22, 2019, for his involvement in the shocking daylight assault of a frail man.

Footage showed the two men bundling the victim to the floor before hitting him with an iron bar.

Zaman and Causer demanded cash and went through the man’s pockets as he fell to the ground.

The man was kicked and the attack only ended when a member of the public intervened, resulting in Zaman and Causer fleeing empty-handed. The attack left the frail man with a gash to his head. 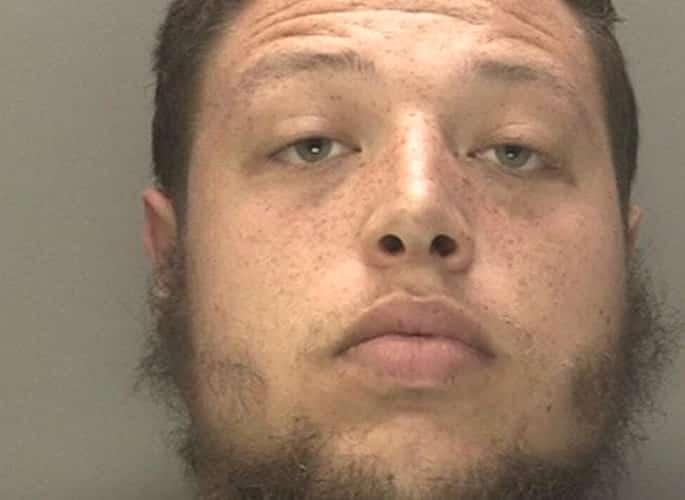 “Police want to trace this pair after a man with a walking stick was kicked and hit with a metal bar during an attempted robbery in Bordesley Green, Birmingham.

“The victim was standing at a bus stop along Bordesley Green when he was approached by two men who demanded cash.

“They tried to search the pockets of the man, aged in his 50s, who fell to the floor.

“He was then attacked and struck with the bar which caused a cut to his head.

“The assault only stopped when a member of the public intervened and the attackers fled empty-handed.”

After the initial appeal was unsuccessful, officers released the CCTV footage on August 16, 2019.

The footage showed the assault and the pair getting out of a VW Polo in a nearby street.

The attack on the frail man prompted dozens of calls with information on those believed to be involved. This led to an officer recognising Causer after dealing with him at a custody block just days earlier.

Causer was stopped in a VW Polo which was being driven on false plates.

A machete and metal were recovered from the vehicle. He was arrested and later jailed for possession of an offensive weapon and drug offences.

When investigating the vehicle further, officers were able to confirm the true registration and that Zaman was the owner. 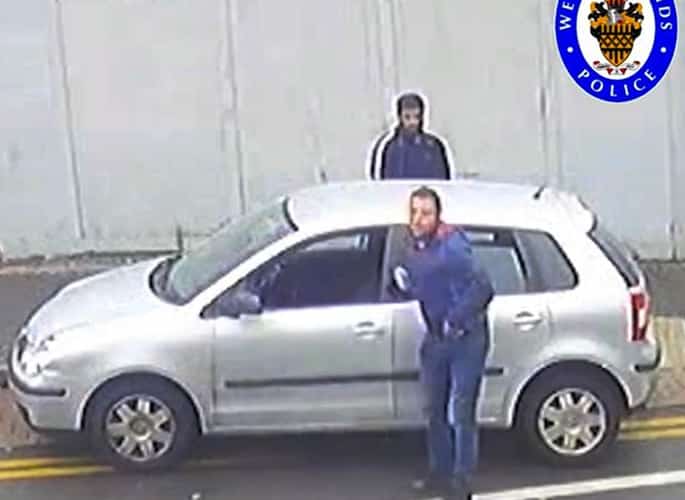 Detectives established that Zaman had dragged the victim to the ground and held him down while Causer kicked and struck him with the bar.

The two men fled on foot and the vehicle was collected by someone later that day.

“This was a very nasty attack on a man who was clearly vulnerable.

“He was waiting for a bus and would have been completely oblivious to the appalling assault to come.

“His injuries could have been much worse had it not been for the intervention of the passer-by.”

“The public were rightly sickened by the attack and their information played a crucial role in ensuring we got the men responsible. Causer and Zaman gained nothing… but lost their freedom.”

At Birmingham Crown Court, Tayub Zaman pleaded guilty to assault with intent and possession of an offensive weapon. He also admitted to driving without insurance and driving without a licence.

He was jailed for four years and six months.

Kyle Causer, of no fixed address, pleaded guilty to assault with intent to rob and possession of an offensive weapon. He was jailed for four years and four months.