"Noor’s story is beginning to be more widely known"

The Indian princess formed into a British agent and served during World War 2 as a Special Operations Executive (SOE).

Supplying weapons, equipment and materials from the UK, SOE agents would conduct espionage and sabotage during the war effort.

Khan specifically went under the alias ‘Madeleine’ and was the first female wireless operator to travel to France to help the French Resistance.

Unfortunately, she was betrayed and eventually executed at the Dachau concentration camp in Germany.

Although her significance is widely acknowledged, at times it is also overlooked. Barnaby Jameson’s novel aims to counteract that.

It’s the first novel of Jameson’s ‘The Resistance’ series and hones in on Khan’s journey as a soldier and specialist operator.

Jameson himself has experienced some of the most formidable terrorist cases, including assassination plots and terrorist bombings.

Therefore, Codename: Madeleine is accurate, creative and fascinating in its telling of one of the most iconic periods in history.

The real-life inspirations and inclusion of tigers, U-boats, zeppelins and assassins culminate in an inspirational tale of love, betrayal, war and resistance.

DESIblitz spoke with Barnaby Jameson to understand the motivations behind the novel and his views on South Asian figures.

How did you get into writing and what inspired ‘Codename: Madeleine’? 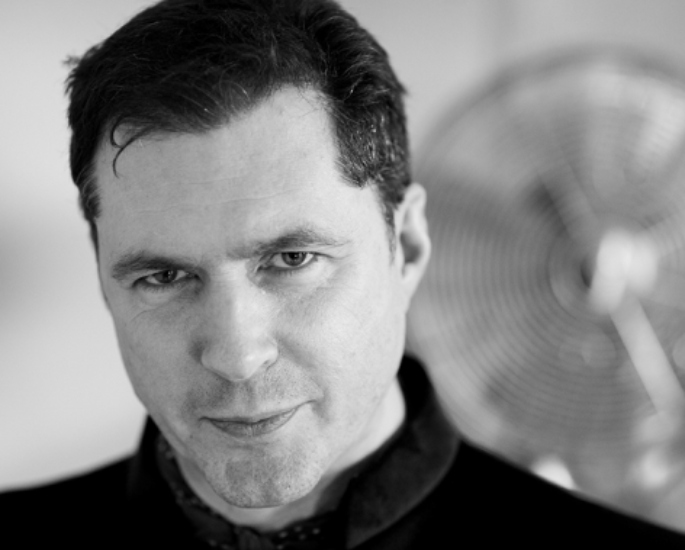 I come from a family of writers. My cousin, Kitty, is the author of the interactive romance novel My Lady’s Choosing (2018) and is a staff writer at Disney.

My Dad wrote books on architecture, politics and urban design.

The inspiration came from piecing together my grandfather’s service in WWII and discovering more about the top secret ‘Special Operations Executive’ (SOE).

My grandfather was an RAF officer posted to Ethiopia and Aden but he was also moonlighting for SOE.

This was a clandestine department thrown together in 1940 in a desperate attempt to reverse the Nazi occupation of Europe.

It also recruited from His Majesty’s prisons: forgers, burglars and safe-breakers.

It was known as the ‘Ministry of Ungentlemanly Warfare’ – a little ironic since so many SOE agents were women.

What was the significance of using a diary-type start for each chapter?

I spent a brief period in journalism before becoming a barrister. As did many other writers: Dickens, Twain, and Hemmingway.

If journalism teaches you anything it is how to write clearly and concisely.

“The diary-type style is to bring the reader straight into the narrative and the period.”

Whether it be Imperial Moscow shortly before the Russian Revolution, WW1 London or WW2 Occupied Paris.

Some of the writing has been compared to war reportage which I take as a compliment.

Although the book conveys a high level of emotion and historical details, the sentences are (I hope) trimmed to the bone.

What type of research went into writing the book? 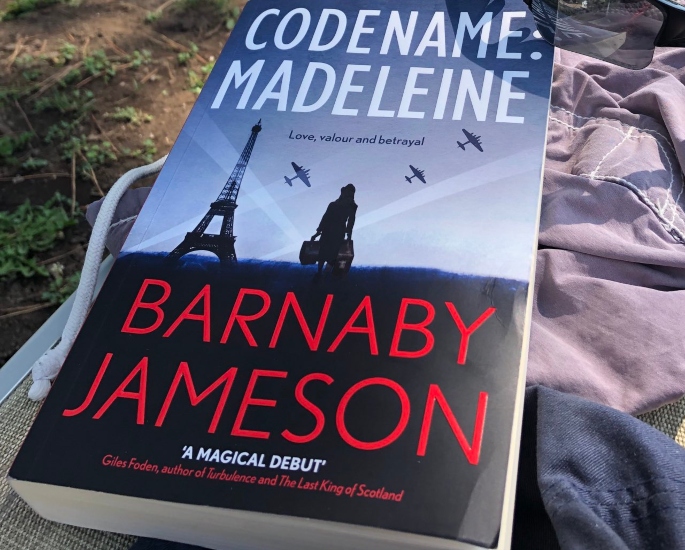 The research challenge was epic!

Even things like espionage, fashion, historiography (one of the characters was the Sorbonne historian, Marc Bloch), assassination techniques, unarmed combat, and Nazism feature.

Anyone checking my google search history would be suitably bemused.

Was it difficult writing for someone of South Asian descent?

I am lucky to have many Asian friends.

One of those the book is dedicated to is Uday Khemka (‘the Earth’s Protector’) an Eton and Cambridge-educated philanthropist ecologist.

“Uday, in fact, knows some surviving members of the protagonist’s family.”

Another is my great friend, Reena Ghai, the highly talented solicitor and the brilliant barrister, Frida Hussein QC. All have British-Asian heritage.

The graceful way they express themselves and their beautiful manners (‘our house is your house’) are, I hope, reflected in the relevant characterisation and dialogue.

Why is Noor Inayat Khan so overlooked in history? 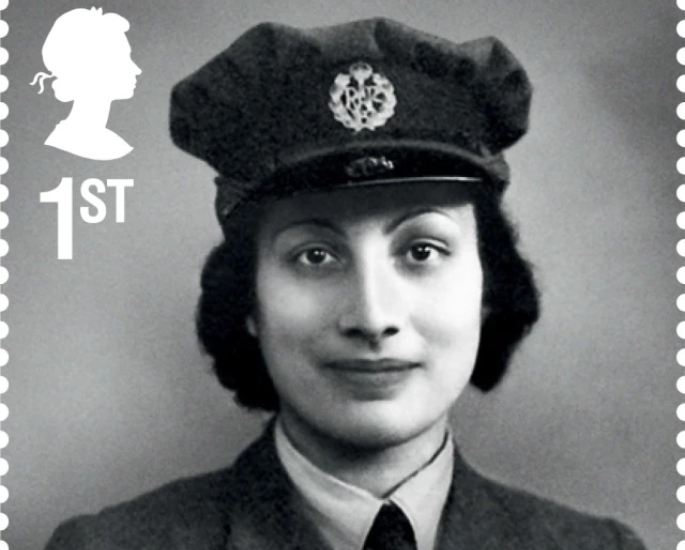 Noor Inayat Khan was a crack shot. But, the work of SOE was heavily classified.

Many records were also lost in a fire after the war. Agents never spoke of or wrote about their wartime service (there were exceptions but these were rare).

That is changing with the final declassification of top-secret documents from WW2.

Noor’s story is beginning to be more widely known.

In 2013, HRH Princess Anne unveiled a statue of Noor in Gordon Square where Noor’s family lived in WW1.

How does it feel to finally have this story out there?

In short, it feels like a great relief! But likewise, the reviews have been amazing.

Some outlets have described Codename: Madeleine as ‘a magical debut’, ‘stunning’ and even ‘mesmerising’.

“I feel humbled that others have called the book ‘compelling’, ‘phenomenal’ and a ‘masterpiece’.”

But in all honesty, I am putting this down to straight-up beginner’s luck.

Does more need to be done to highlight South Asian war figures? 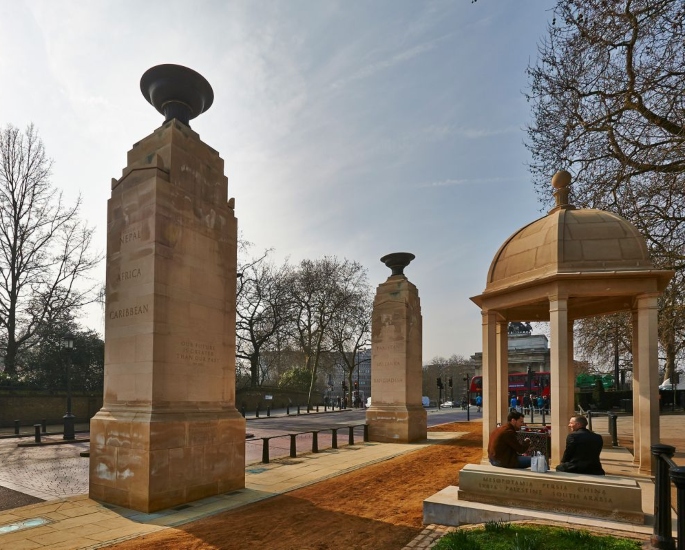 Yes. Though the narrative is changing.

The Memorial Gates leading to Hyde Park Corner in London are a fitting memorial to those who gave their lives in WWI and WW2. The Indian sub-continent is well represented.

The East African campaign in which my grandfather served involved the 4th and 5th Infantry Divisions of the Indian Army along with other regiments.

This was a difficult and bloody campaign fighting the Italian Army in Ethiopia, Somalia and Eritrea.

The Indian Army served with bravery and distinction.

Two Victoria Crosses were awarded to Indian Soldiers (the second posthumously) for heroism on the Northern Front.

Whilst Barnaby Jameson’s novel is taking the literary world by storm, Noor Inayat Khan’s story has been showcased through other mediums.

Even on television, the biographical drama Enemy of the Reich: The Noor Inayat Khan Story aired on PBS in 2014.

Likewise, Netflix released the show Churchill’s Secret Agents: The New Recruits in 2018 where the fourth episode of the first season featured Khan’s final mission with SOE.

With such an abundance of coverage, more people will realise the role South Asian figures, especially someone like Noor Inayat Khan played in the war effort.

Barnaby Jameson is helping this awareness and many people are excited to see the next instalment in this series.

Check out Codename: Madeleine and more of Barnaby Jameson here.