Thousands of brave Indian women assisted during World War II. DESIblitz discovers some of these forgotten Indian heroines and their incredible stories.

Princess Noor was truly an unusual form of royalty.

During World War II, India sent over two and a half million soldiers to fight across the world.

From these great battles, we usually hear of the valiant heroes. Their incredible sacrifice and the immense courage they displayed. However, the war heroines are sometimes forgotten.

Women were considered incompetent for war and incapable of handling the brutality of battle. They were relegated to being nurses and factory workers. But some brave and inspiring women challenged this norm.

DESIblitz takes you on a journey to unveil some of the forgotten Indian heroines of World War II. 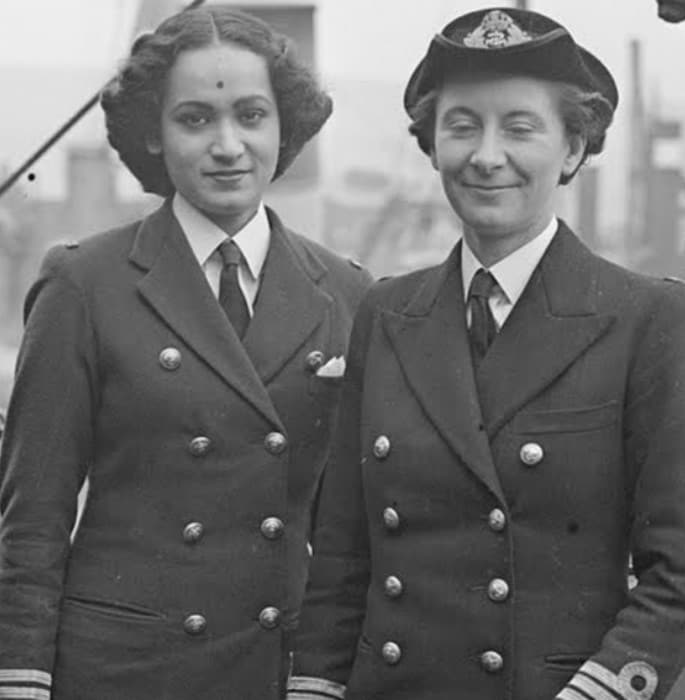 During World War II, an association called Women’s Indian Royal Navy Service was created to enable women to partake in the Indian Navy.

Kaylani Sen became the second officer for this Women’s Service.

Her name was recognised and appraised, and she was even invited to the UK by the Admiralty in June 1945.

Sen was required to train the Women’s Royal Navy Service during her time in the UK.

She was the first Indian service-woman to visit England, which was a huge honour!

During her time in the Navy, she undoubtedly noted that:

“In India, there is still a big prejudice against girls and women working with men…but the women are so keen to get into the Services that they are breaking it down.” 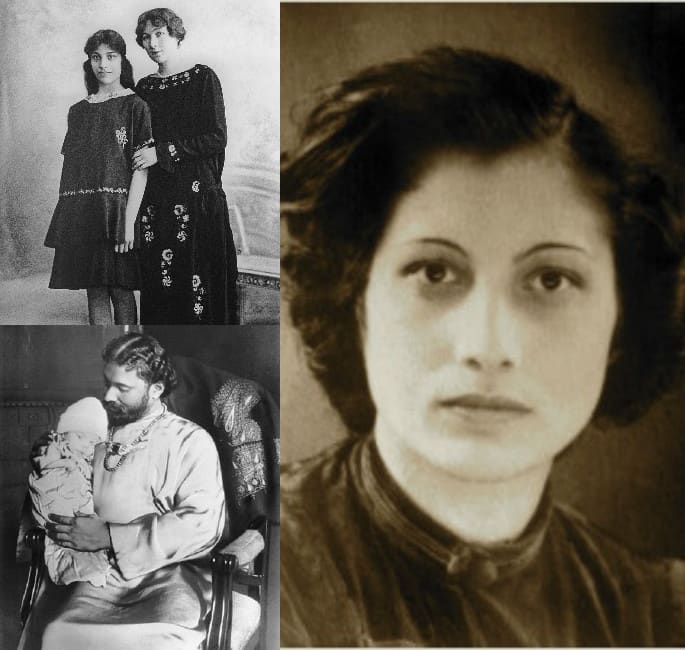 Princess Noor was truly an unusual member of royalty.

She enjoyed literature and playing music as any normal princess would.

She grew up in Moscow and then London. She eventually moved and lived most of her life in France.

Originating from Tipu Sultan, her father was a Sufi Muslim teacher, while her mother was American.

But her story took an interesting twist when she became a secret agent for British Special Operations Executive.

Her motivation lay in saving ‘Her France’ after Germans began bombing. She volunteered to be a part of the Women’s Auxiliary Force and was sent as an undercover agent to Paris for Churchill’s secret army.

With immense training for the job, Noor became an undercover radio operator.

Hiding, surviving and informing was her agenda. Sadly, she was shot by the Nazi’s in 1943, her last word being ‘Liberte’. 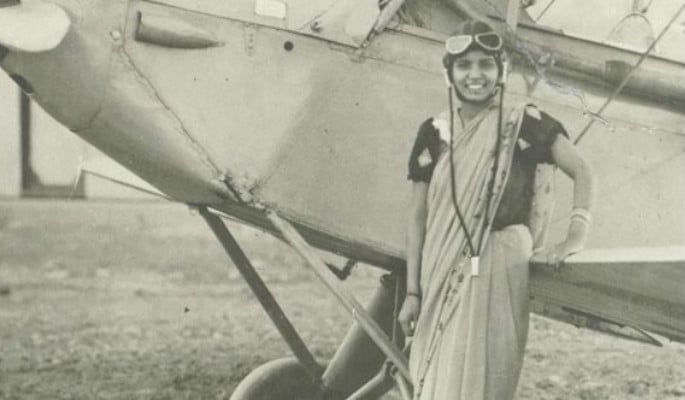 Sarla Thakral was the first Indian woman to fly an aircraft!

Although married at an early age of 16, the unbelievable lady fulfilled her ambition to fly. In fact, her husband P. D. Sharma actually encouraged her to learn how to fly.

Sarla eventually obtained her pilot license at the age of 21, after 1,000 hours of flying.

In 1936, she took her first flight in a Gyspy Moth, that was once used only by men.

When she was going to obtain her license to fly a commercial plane, World War II incurred, putting a halt to civil training.

While Thakral herself did not participate in World War II, she still inspired several Indian women to serve in the Indian Airforce during the time. 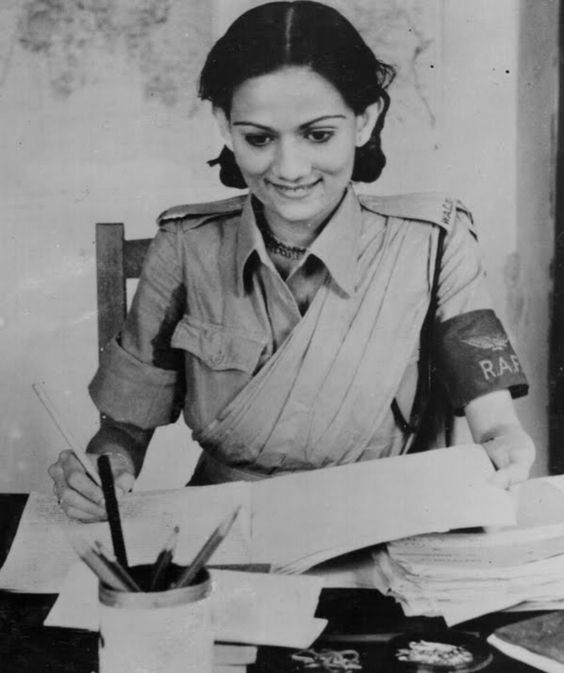 In 1943, Begum Pasha Shah served in the Royal Air Force Station for the Women’s Army Corps in India.

She worked under the Allied Women’s Auxiliary Airforce and received orders from a Royal Air Force Station.

She worked especially hard as a Private officer during the War.

Her name as one of Indian heroines for World War II undoubtedly lives on! 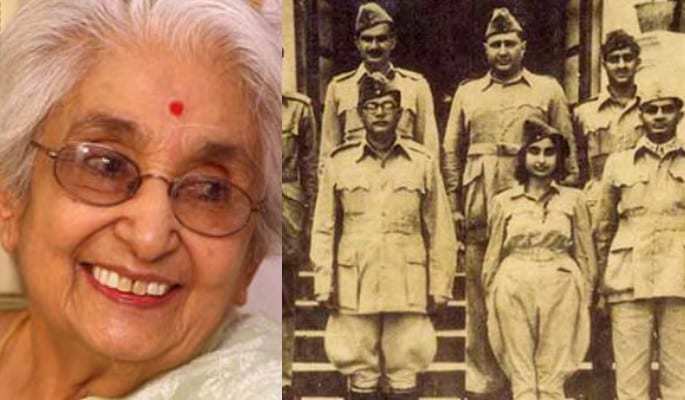 Lakshmi Sahgal was a brave officer who fought for Indian Independence, in the Indian National Army.

Originally a doctor, Sahgal desired to help the poor with medical aid.

Lakshmi went to Singapore, which was under the British rule, to do just this, when the Japanese began invading Singapore.

She met with Mr Subhash Chandra Bose, a leader for the Indian Independence League to form a women’s troop called the ‘Rani of Jhansi’ regiment. They wanted freedom from the British.

She stated that: “I told him I was ready to join, and from the next day he gave me a room in his headquarters, and I started recruiting women.”

Switching from a doctor to a Captain, she led over a thousand women in the troop.

When she was marching with the Japanese army to Burma for war, she was arrested by British Army.

Luckily, she was sent back to India, but she continued to help those in need.

Battling with utter distinction we commemorate these phenomenal females who represented World War II and emerged as Indian heroines.

Their undying commitment and bravery received several accolades during and after World War II.

DESIblitz is proud to stand up to these unbelievably valiant ladies, who are an extraordinary inspiration for women across India and South Asia.

Nisaa, originally from Kenya, is keenly enthusiastic to learn new cultures. She relishes various genres of writing, reading and applies creativity daily. Her motto: “Truth is my best arrow and courage my strongest bow.”
Dr Razia Parveen explores Cultural Identity through Recipes and Songs
The History and Dangers of Sword Swallowing