What Asian Women want from Marriage

When compared to our ancestors it is obvious that the expectations and needs of Asian women today have changed drastically, DESIblitz explores what British Asian women really want out of marriage.

What do British Asian women of today really want from their marriage?

Vows can be exchanged and words can be said, but is there such a thing as the perfect marriage?

Expectations and difference of opinions can often set married couples apart – you could be close one minute and miles away the next. 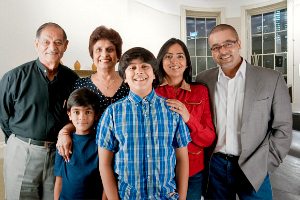 From the very start of a relationship, some women think about marriage and what married life would be like.

In most cases, a perfect little world is created which concerns only the couple, and as Asians living in Britain, the bigger picture of in-laws or an extended family is often displaced.

As women we often want to hold on to what we have and if life before marriage seems sweet then that is what we expect after tying the knot. But in a woman’s eyes, it seems marriage changes all of that.

One singleton says: “I think living with my potential in-laws would be a scary thought, I’m not saying I wouldn’t, but it would take a lot of thought. I assume married life would change things between a couple, I just hope the change would be for the better!” 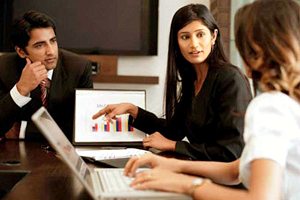 Independence is essential for the modern British Asian woman.

Mothers teach their daughters to be independent from a young age, and to get their foot in the door – way before committing to someone.

Success is the force that drives women to the working world. Many mothers may also relieve their daughters of household chores so they can accommodate for education and working life. But once a woman is married the expectations of becoming a domestic goddess arise once again.

The wife, daughter-in-law, and sister-in-law is in demand from every angle and at times it can be frustrating, but how can you say ‘no’? It can be difficult to juggle both aspects of life especially when there is no induction course or training provided for the bride-to-be:

“I think it’s hard for women to adjust. You don’t really think about everyone that could be involved in your married life. It’s not always a bad thing but you imagine life with that one person and don’t really prepare for anything else,” admits one single Asian woman.

Life as a Wife 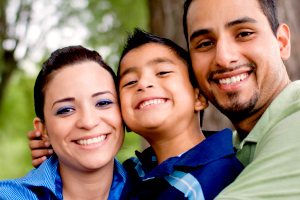 Introducing yourself as ‘Mrs So-and-So’ is a phrase many women have rehearsed and enacted even before marriage.

Some women become attached to this new identity as a fresh start while others are hesitant and panic as they begin to retrace their roots.

It is good to not forget where you came from but simultaneously it is good to know where you are going. The role of a wife can be interpreted in different ways.

Some see themselves and their partner as two equal halves of a whole, some women are keen to grasp tradition and stay at home. But however you define the role of a wife, how can you prevent this from getting between you and your partner?

We asked a woman with many years of marital experience: “A wife’s main duty is to hold the family together, especially in the Asian community. Understanding one another is key. I think both husband and wife should have a good level of communication. It’s not good to have expectations,” she said. 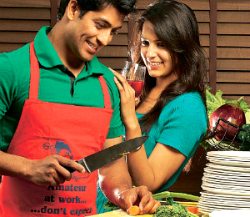 Whether it is Prince Charming or Ranbir Kapoor, many women have their ideal husband in mind.

The perfect smile, perfect cheekbones or even the perfect personality is what women spend their most valuable time searching for.

But the notion of the ideal husband is one that is often constructed in fairytales and many would agree that marriage is much more than a wish come true.

According to the office for National Statistics, the average age for women to get married is between 28 and 29 so surely the average age is lower in the British Asian community.

It can seem like a blur for women in their 20’s as they have their career plans finalised at last only to be hounded by relatives poking them about marriage.

‘It’s time to settle down’ are daunting words for any woman especially when they are closer to 20 than 30. But are Asian women of today really ‘settling’ in their marriage or are they genuinely happy with the man they married?

“I think women think that finding the perfect husband is inevitable. But even if you did find the perfect one sooner or later you start seeing faults in them. I’ve not been married long but my relationship has definitely changed from before. It’s not something you can control.”

Is This What I’m Signing Up For? 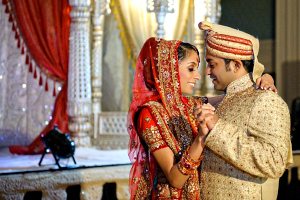 Congratulations, you’re officially married! But fast forward a little, a few weeks, a month, and that’s when it actually hits you – you’re married.

It is easy to forget when the wedding celebrations are going down and you are partying until late into the night of your reception, but what are you really getting yourself into?

Marriage is not a bed of roses – that usually ends on the last night of your honeymoon. So what did you really expect life after marriage to be like?

A woman married for more than 25 years said: “I didn’t know what to expect from marriage. I thought that the man I was about to marry surely would be honest, kind and look after me. My expectations were a lot different from reality, but as time passed I just came to except the fact that my partner and I were different.”

A common thought from many single women is, ‘I’m the man I want to marry’. Yes, finding someone who shares your ideals and values is essential but you also need someone who compliments you. It’s important to remember that it takes two to make a marriage work.

Your expectations may have involuntarily turned into reality but nobody said marriage would be easy. It’s great to know what you want from your marriage, but does your partner want the same?

Jinal is studying English with Creative Writing at the University of Birmingham. She enjoys spending time with friends and family. She has a passion for writing and aspires to be an editor in the near future. Her motto is ‘It’s impossible to fail, as long as you never quit.’
Top 5 Superfoods you should Eat
Popular Party Make-up Looks