Indian Art Week closed on a high with a glamourous Arts for India Awards Gala on June 13, 2015. Online media partner, DESIblitz, were present to capture all the highlights from the evening.

“Indian Art separates the best from the West.”

Indian Art Week 2015 ended magnificently with the Arts for India Awards Gala held in the heart of London’s Mayfair on 13th June.

Hosted by the dazzling Sofia Hayat, the spectacular evening saw an awards ceremony and fundraising dinner followed by a lavish auction with the goal of helping young and underprivileged artists through Arts for India.

Speaking about the importance of events like Indian Art Week, and indeed a charity like Arts for India was Mr Satish Modi.

Watch all the Highlights from the Arts For India Awards Gala here: 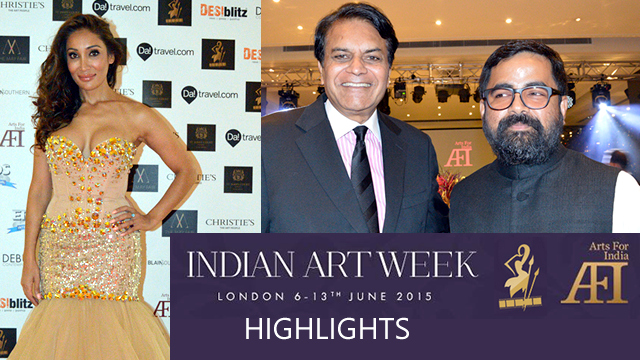 He took to the stage and profoundly touched the hearts of all that attended.

As Satish explained, Arts for India is an organisation that changes young people’s lives and inspires future generations, through the prestigious International Institute of Fine Arts (IIFA). For Satish, education is key:

“College education is most important. All the women who have passed out of IIFA are earning thirty, forty thousand rupees a month, to start with. It can affect their mother, father, sister, brother… their entire family,” said Modi.

“I am very proud to say, that whatever businesses we may have, you can imagine any amount of profits, they cannot equal the charity initiative with which we have taken.”

Notably the awards themselves are actually named after Satish’s mother, Dayawati, who truly believed in philanthropy and wanted to continue helping others. It is only befitting then that her son continues her legacy in such an inspiring way.

The night welcomed guests from all over the globe including Hong Kong and Germany. They spanned all genres of Indian culture including art, fashion and cinema. 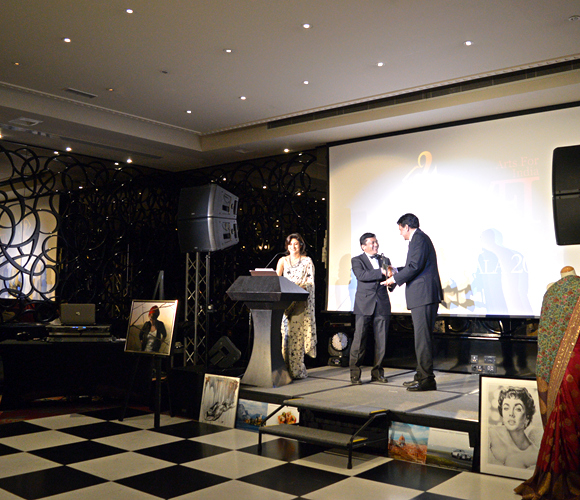 Among the decorated list of attendees was Oriano Galloni, a fine art Italian sculptor known for his Silent Souls sculptures.

Oriano generously donated one of his pieces for the Arts for India auction. The Italian artist also accepted the Dayawati Modi Award in the field of Fine Art.

For Oriano, art should be felt and understood from within, and his advice to DESIblitz readers: “Follow your dream.”

Amongst the award winners and stars was young Indian artist Arjun Kanhai who auctioned one of his paintings at the Gala.

Artists like Arjun are key examples of the type of work, dedication and help the Arts for India organisation does, with Indian Art Week providing an invaluable platform to encourage art, spreads awareness and enlighten different audiences. 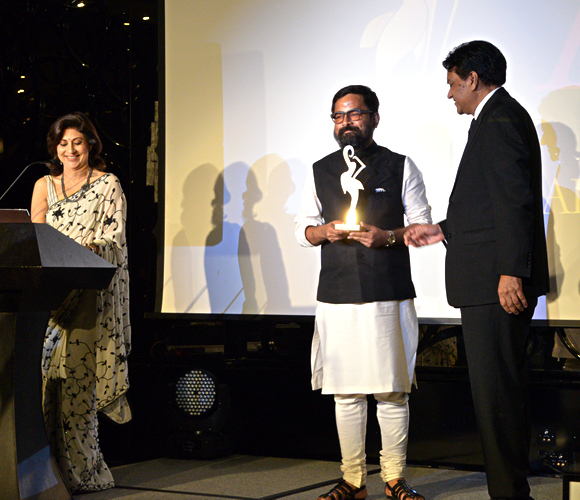 Sabyasachi, the celebrated Indian designer arrived at the venue in a beautifully crafted Indian rickshaw which he designed himself.

The colourful rickshaw served to raise awareness of Sabyasachi’s elephant campaign, which hopes to save and protect the forgotten elephants of India.

Like Satish, Sabyasachi holds the same dream; to better the lives of underprivileged generations and give them a fighting chance. The designer also drew on the experiences of his own mother who was a failed artist. 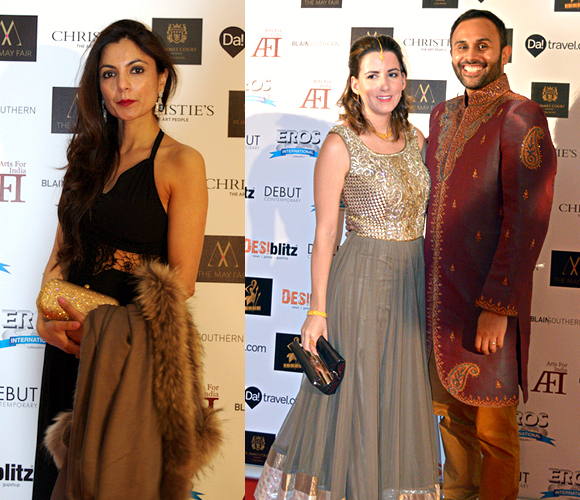 It is clear that the wealth of creative talent in India is second to none. Indian culture, be it fashion, cinema or fine art, has an incredible influence on all art scenes around the world.

India is full of rich colour and heritage, and one of the key reminders from Indian Art Week is that no art form is truly independent; each faction relies on the other.

Sabyasachi also mentioned that Indians live and grow up with spirituality, and that in itself is a blessing because many artists and people strive their whole lives to find their inner sanctum.

Here is the full list of winners of the Dayawati Modi Awards: 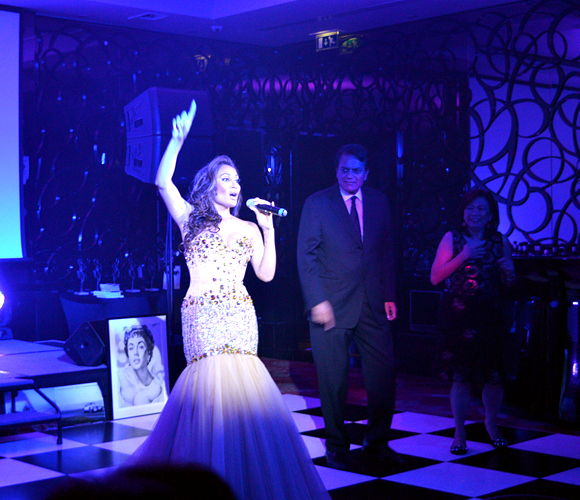 A posthumous award was also given in memory of the late Robin Williams, the wonderful actor and comedian who made countless billions tear with laughter. Shahid Malik collected the award in his honour.

The glitzy evening of the Arts for India Awards Gala saw the halls of London’s May Fair Hotel bustle with brightly coloured sarees and kaftans.

Gentle greetings of kisses on cheeks and warm smiles of acknowledgement filled the air. As familiar faces gathered for the final event of the week it is a shame to see it draw to an end.

Producer of Indian Art Week, Erica Emm, hopes the week long festival will develop and expand for the following year.

An inspiring and enjoyable celebration of Indian culture and heritage, Indian Art Week 2015 brought many gifted talents together.

A great pleasure for all, there are even higher hopes for 2016.

Farhana is a creative writing student with a love for all things anime, food and sci-fi. She loves the smell of freshly baked bread in the morning. Her motto: "You can't bring back what you've lost, think about what you have now."
Indian Art Week enjoys an Evening with the Artists
Saurav Dutt uncovers Taboos in The Butterfly Room