Singer Ali Gul Pir released his song, ‘Karle Jo Karna Hai’ which is believed to be a diss track against singer and actor, Ali Zafar.

"Art is being censored and controlled a lot"

Ali Gul’s rap song, ‘Karle Jo Karna Hai’ is supposedly the first of its kind in Pakistan that is more mainstream.

Ali Gul is no stranger at attempting to tackle taboo issues in his music. Previously, he released the song, ‘Waderai Ka Beta’ (2012), which was aimed at the problem of feudalism in Pakistan.

His latest song has circulated across social media with many picking out obvious references in the song like “Tu hai nah teefa”, “I am calling this song Channo ki maut” and more.

The latter is being considered as a reference to Ali Zafar’s famous song ‘Channo.’

Another line in his song is a blatant indication against Ali Zafar. Ali Gul Pir sings: “Do you think you’ll scare me off with all these notices and dramas that you’re doing?”

Many believe this to be referring to the FIA notices that Ali Zafar launched against him.

It was reported that Ali Gul Pir was caught in legal woes when Ali Zafar accused him of derogatory remarks against him.

These remarks were said to be in connection to Ali Zafar’s ongoing defamation case against Meesha Shafi.

Ali Gul Pir went on Twitter to present his statement on the situation. He posted:

“A self-proclaimed “rockstar” didn’t like that I called him an “alleged harasser” and made a joke about him. If I got arrested for every satire piece I’ve written, I’d be a resident of Karachi Central Jail.”

The title of the song itself is also being interpreted as a clear stand by Ali Gul, which is repeated over fifteen times throughout the song.

Despite the speculations surrounding the diss track, Ali Gul Pir claims it is a song, which tackles the social commentary of increasing censorship in Pakistan.

In an interaction with The Express Tribune, Ali Gul stated:

“I feel that nowadays art is being censored and controlled a lot by the state and powerful individuals but it’s very obvious.

“We the artists need to fight back for our basic human right to express ourselves.”

Ali Gul took to Twitter to announce the release of his new song and it was not long before the comment section sparked debate.

One user commented saying: “Lol!!! Awesome! But what’s the beef between you (Ali Gul) and Ali Zafar?? What did I miss?”

In response to this, another user stated: “He bashed Ali Zafar on wrong allegations … Ali Gul can’t reach the level of Ali Zafar.”

Yet this was not taken lightly by an Ali Gul Pir supporter who replied saying: “You mean he will never stoop that low like Ali Zafar?”

Despite this ongoing debate, the song at large encourages people to stand up for what they believe in.

There is no denying that along with the comedic tones of the song resides an enthusiast. ‘Karle Jo Karna Hai’ shows a new side to Ali Gul Pir. 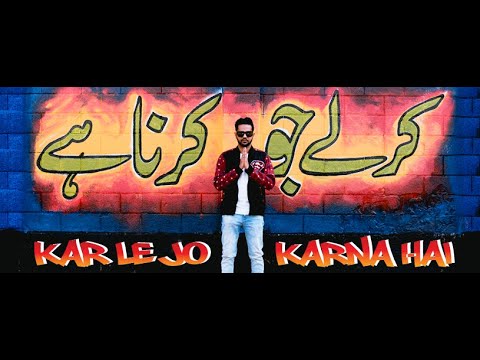 Ayesha is an English graduate with an aesthetic eye. Her fascination lies in sports, fashion and beauty. Also, she does not shy away from controversial subjects. Her motto is: “no two days are the same, that is what makes life worth living.”
Anu Malik ‘quits’ Indian Idol over #MeToo Accusations
12 Best Bappi Lahiri Songs That Rocked Bollywood