Aishwarya Rai does not hold back in her response when asked to comment on how the media has impacted her daughter, Aaradhya Bachchan.

“Thanks to smartphones, everyone is paparazzi"

Belonging to one of Bollywood’s elite families, there is certainly no escaping the cameras.

Aishwarya disclosed how this attention upsets her daughter and affects her as a mother.

According to an interview with Pinkvilla, Aishwarya was asked about what she thinks of the comments made by Gauri Khan and Kareena Kapoor. They highlighted the effect of media on their children.

Gauri and Kareena have revealed that their children would rather stay indoors because of the constant paparazzi attention.

Aishwarya Rai admitted that it is common for every parent to want to protect their children. She said:

“Protect is the keyword, and it’s the natural instinct of every parent.”

Yet, she continues to acknowledge that this is part of fame. She explains:

“There’s no getting away from this; it is who we are. And we’ll be like this, I like saying, till my last breath.

“Having said that, however much we would like to discuss it, it’s not going away. This is the way of our chosen life, this is part of our industry.”

“With paparazzi, we can engage on a human level in requesting some semblance of sanity around children.

“If they’re too loud, you can ask them to tone it down, because they’re not going to go away and we aren’t going to disappear from the face of the earth.” 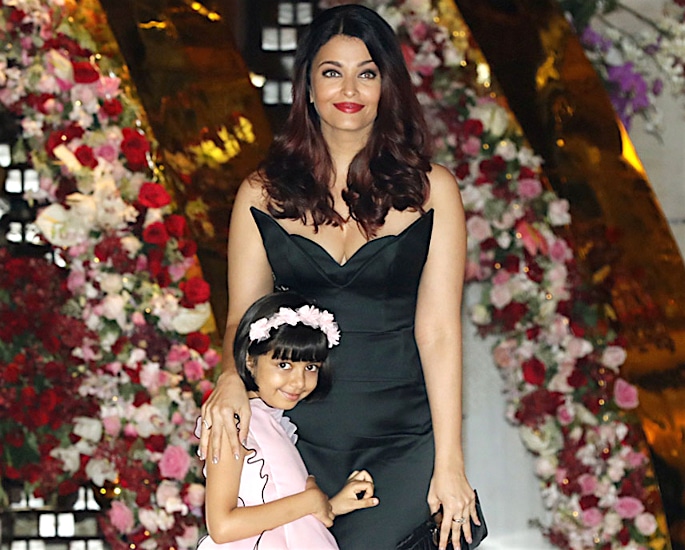 The actress commented on how everyone is media personnel regardless of their profession. She states:

“Thanks to smartphones, everyone is paparazzi. I think intruding on someone’s privacy was and always will be an uncomfortable situation.”

Aishwarya Rai went on to explain how she has tried to keep life “real and normal” for Aaradhya. She said:

“Fortunately, I’m able to so far keep a twinkle in her eye.”

On the acting front, Aishwarya has lent her voice to the Hindi dubbed version of Maleficent: Mistress of Evil (2019). The trailer was released and Aishwariya received praises for showcasing her powerful personality.

Originally, Maleficent is played by Angelina Jolie. Aishwarya Rai was asked whether she has ever met Angelina. She said:

“We’ve not had a conversation with each other. We’ve just sort of clocked each other at Cannes. It was nice seeing her at the time and acknowledging her work. Would I like to meet her?

“Yes, it would be wonderful. Let’s see at some point in time if it’s meant to be.”

Aishwarya Rai is set to appear in Mani Ratnam’s Ponniyin Selvan (2020). The film is based on Kalki Krishnamurthy’s popular historic Tamil novel with the same name.

We look forward to seeing Aishwarya grace the big screen. She is an amazing actress and a hardworking mother, who will surely continue to protect her daughter, Aaradhya.