India’s beverage industry is huge and rum is quickly growing in popularity. Here are eight of the top Indian rum brands to drink.

It is coffee-forward on the nose

The alcohol market continues to grow in India and that includes the rise of Indian rum brands.

For many, rum may not seem like a go-to drink in India but more and more brands are being launched.

Making rum can be a time-consuming process.

Rum is made from sugarcane molasses or sugarcane juice through the process of fermentation and distillation.

The result is a clear liquid that is then aged in oak barrels appearing in different types, from white to gold to dark rum.

While the majority of rum is produced in the Caribbean and American countries, more rum is being made in India.

Here are eight top Indian rum brands to try out. 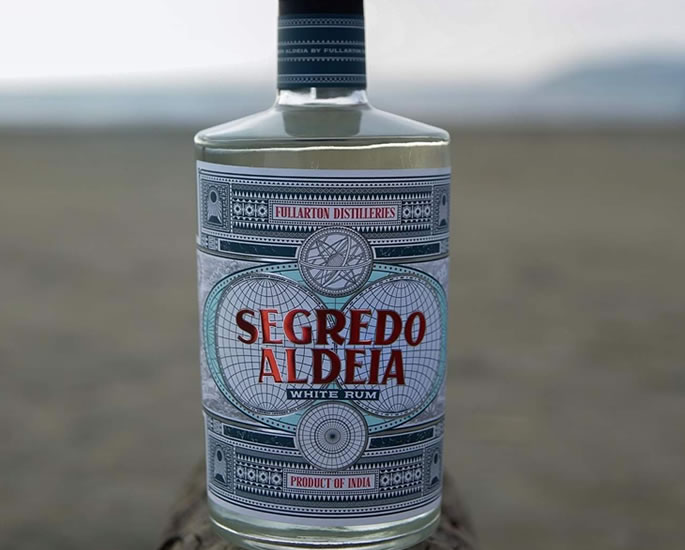 This Goan rum brand takes its name from a village on the Mandovi river in Goa.

It has a fascinating story in which French pirate Olivier Levasseur seized control of The Bishop of Goa’s ship off the coast of Réunion and plundered its cargo of treasure.

The treasure included barrels of rum that were distilled in a secret village.

Segredo Aldeia White Rum is made from a combination of sugarcane juice and jaggery.

It gives off aromas of vanilla, sweet wood and peaches and cream, making it perfect to drink during the summer. 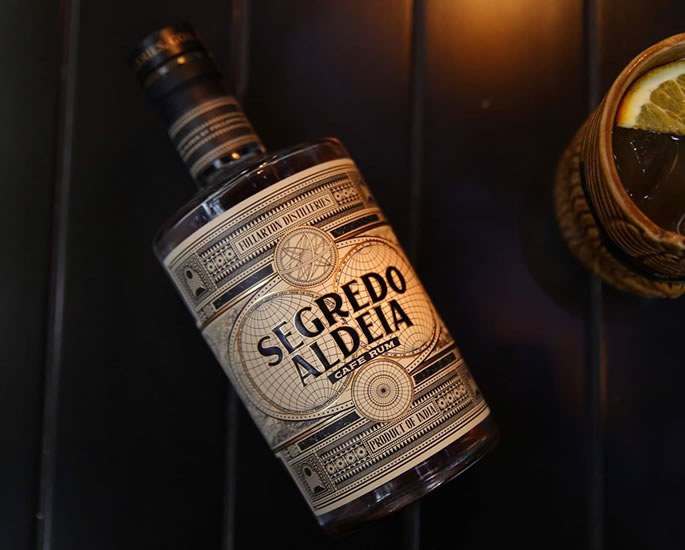 Another rum option from Segredo Aldeia is Café Rum.

The Segredo Aldeia White Rum has a clear appearance with a slight yellow tint.

On the other hand, Café Rum has a clear appearance with deep amber.

It is coffee-forward on the nose but there are hints of toffee and vanilla. Tobacco, leather and dark chocolate make this a delightful dessert rum.

Café Rum is sweet on the palate but has a warming sensation, making it more suited to chillier nights. 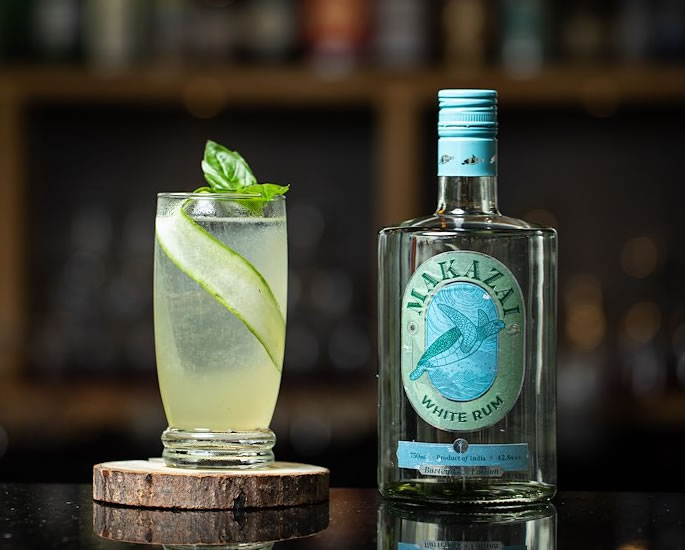 Maka Zai is made by Still Distilling and the Bartender’s Edition is the Indian rum brand’s white rum.

It has a clear colour, boasting creamy and elegant aromas.

It is made with sugarcane locally grown in and around the Panchaganga river in Maharashtra.

Because fermentation and distillation take place in the same region, the rum picks up the influences of the red soil, making it floral, sweet, spicy and herbaceous.

This vibrant and medium-bodied white rum is packed with tropical characteristics in every sip. 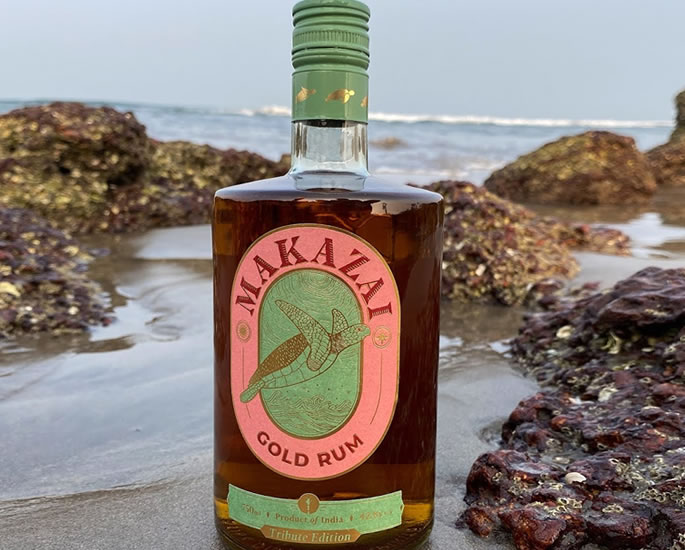 Maka Zai also has the Tribute Edition, which is their gold rum.

This high-quality rum is produced on the Goan seashore.

This pairs well with the creamy mouthfeel and well-rounded vanilla accent.

A great dessert and sipping rum, its silky, elegant but approachable charm gives you the feeling of a sunny, late afternoon. 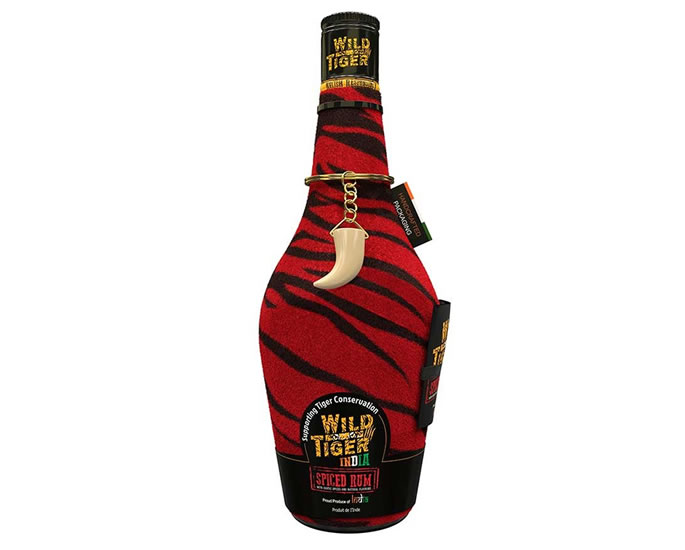 Wild Tiger is a Kerala-based rum brand that may be not as well known as other Indian rum brands but it still packs a punch.

The brand’s spiced rum is made from sugar cane distillates, molasses and sugarcane juice.

It is a column distilled rum that features an exotic blend of Indian spices before it is matured in American oak casks.

As soon as you open the flamboyant bottle, aromas of orange blossom, honey and dried grass hit the nose.

Each sip brings earthy nutmeg and black pepper to the forefront while subtle hints of marmalade, molasses and creamy vanilla linger in the background. 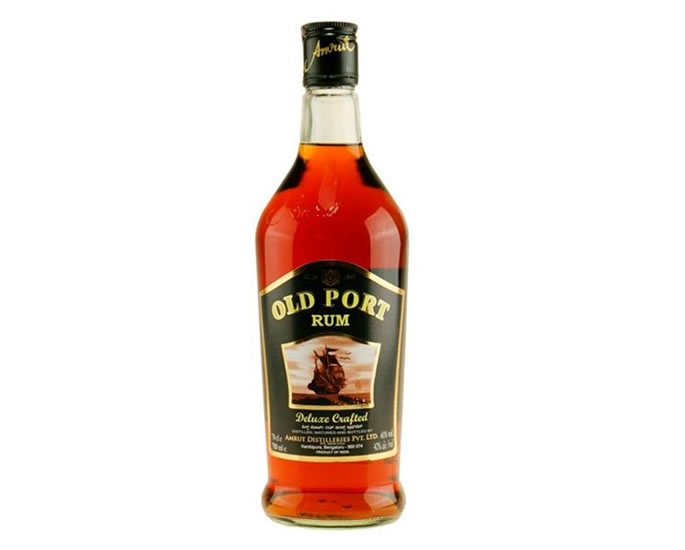 Amrut is known for producing whisky but it is also producing rum that is full of flavour.

One example is Old Port, which is produced from 100% molasses sourced from Indian sugarcane.

It is aged in a combination of whisky barrels and new oak, adding to the smooth rich taste.

It has a bright copper colour while there are prominent aromas of pistachio.

As you begin sipping, the rum is silky dry-yet-fruity medium-to-full body on the palate. The finish is complex, and you’ll taste long, crystallised ginger, nutmeg, and bubblegum spice.

The complex array of flavours and aromas make Old Port ideal for cocktails. 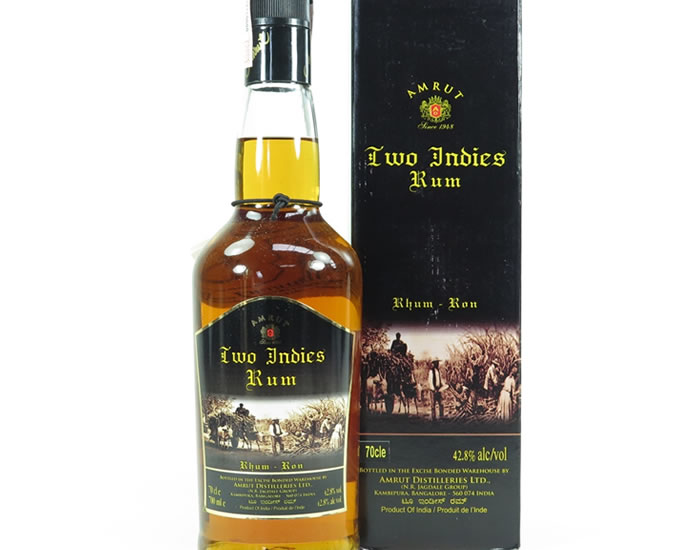 Another option from Amrut is Two Indies.

The name is a tribute to the farmers of two rum-producing cultures – West Indies (Barbados, Guyana and Jamaica) and the East Indies (India).

This rum is a natural rum with no artificial flavours.

It is made from Indian jaggery and has a golden yellow hue.

The smell of freshly cut sugarcane is clear while ripened banana lingers in the background.

Meanwhile, the taste is delicate, with alternating notes of sugarcane and tropical fruits.

Two Indies is ideal for those who want a fruity rum with a hint of spice. 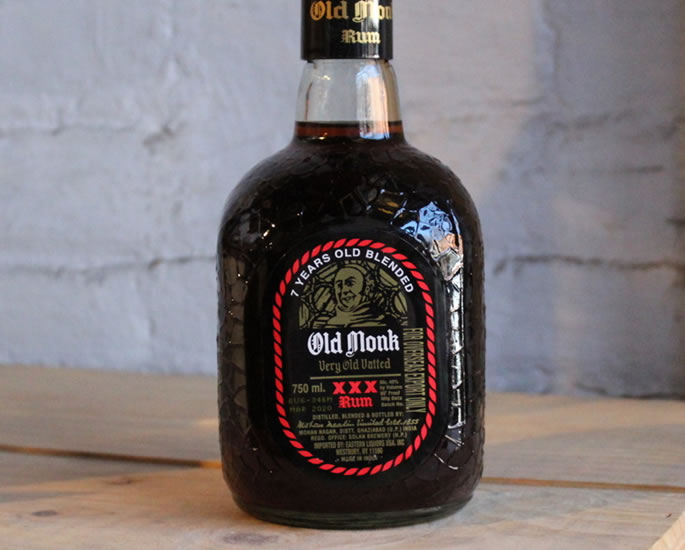 Arguably India’s most iconic rum is Old Monk and it was launched in 1954.

Despite not being advertised, Old Monk’s has a lot of popularity and that is down to word of mouth and the loyalty of customers.

This dark rum has sweet aromas of caramel, chocolate, peach and vanilla.

Old Monk has a distinct vanilla flavour as well as roasted coffee beans. There are spicy hints thanks to the rum being stored in charred oak barrels.

Even though it has an alcohol content of 42.8%, it has a soft taste and creamy consistency.

Old Monk remains a popular Indian rum brand thanks to its traditional method of using only the original rum mixtures, some of which are up to 50 years old.

These Indian rum brands are some of the best in India, offering an array of tastes and aromas.

All have a range of flavours and aromas that are bound to entice different taste preferences.

While some have a fruity fragrance, others have a spicy aroma.

So, whether you want to enjoy a glass by yourself or impress your friends, check out these Indian rum brands.

Dhiren is a journalism graduate with a passion for gaming, watching films and sports. He also enjoys cooking from time to time. His motto is to “Live life one day at a time.”
Teenager turns down University to open Vegan Takeaway
Restaurant draws flak for using ‘Gangubai’ scene in ‘Aja na Raja’ advert