A famous Indian film director was also known for his lyrics. We present 5 top Saawan Kumar Tak songs written by the ace filmmaker.

Meaningful and memorable are the two biggest hallmarks of Saawan Kumar Tak songs.

Saawan Kumar Tak who was a prominent multi-talented Indian filmmaker passed away in Mumbai, India, after a cardiac arrest on August 25, 2022.

Besides directing successful films such as Souten (1983) and Sanam Bewafa (1991), Saawan Kumar Tak also wrote incredible songs for his films.

In addition, Saawan Kumar Tak songs are an integral feature of the massive hit Kaho Naa… Pyaar Hai (2000), which was not his direction.

After putting pen to paper, songs by this creative came into the limelight, with the help of his renowned former partner, super singers and a range of actors in Indian cinema.

We zoom into 5 amazing Saawan Kumar Tak songs, which have stellar lyrics flowing through them. 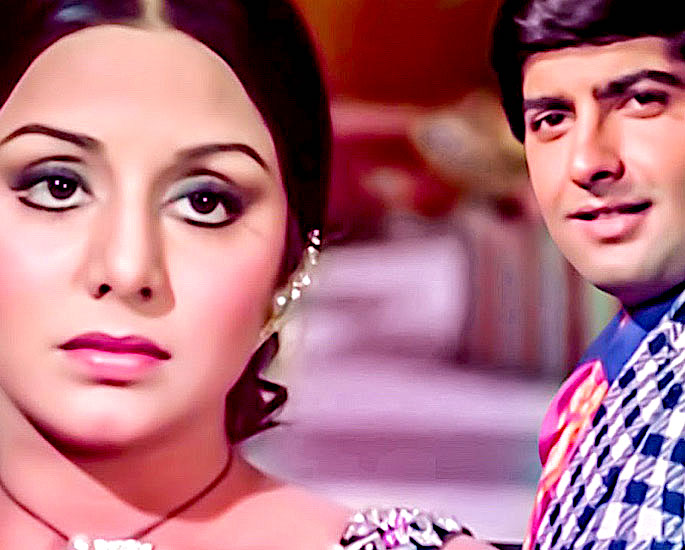 ‘Teri Galiyon Main Na Rakheinge Kadam‘ is one of the most beautifully penned Saawan Kumar Tak songs. There is a back story behind the song.

Saawan had initially told a writer who was demanding a big price, the first line of the song.

Saawan then went on to realise that these iconic words can materialise into an excellent track. With Saawan being a poet, the rest was history.

Legendary singer Mohammad Rafi gave a voice to the magnificent lyrics of Saawan, with Usha Khanna composing the music of it. Saawan had married Usha, but the two later separated.

Saawan spoke to The Hindu about the popularity of the song, which began a formidable relationship with the music director:

Their emotional and innocent acting on-screen. which goes into flashbacks, compliment every word. Despite the song releasing over fourty-five years ago, it remains unforgettable amongst music lovers. 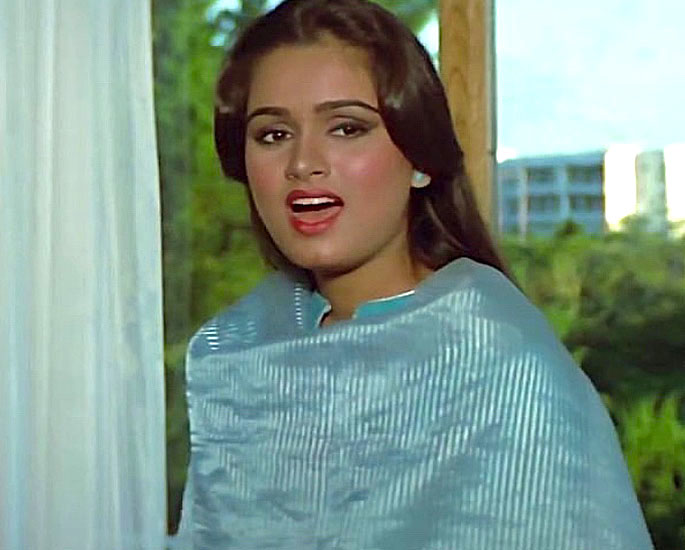 ‘Zindagi Pyar Ka Geet Hai‘ is one of the most full-of-life Saawan Kumar Tak songs. The writing of Saawan for this song perfectly blends a heartful and sorrowful situation.

The male version sung by Kishore Kumar has a very emotive side to it, especially with Rajesh Khanna (Shyam Mohit) on-screen acting.

In comparison, the one that Lata Mangeshkar sings, sees Padmini Kolhapure (Rukmini Mohit) in a positive light, despite any possible inner sadness.

The music of Usha Khanna goes well with the cheerful and thoughtful theme of the song.

Nalini Kissun, a YouTube user from South Africa is in awe of the words and mood of the song, as she posts on the social media platform:

“The lyrics are superb life lessons. Unforgettable moments of encouragement and inspiration.”

It is somewhat surprising that this song did not receive a major award, Fans of this song, continue to hum the timeless words of Saawan, which reflect the truth. 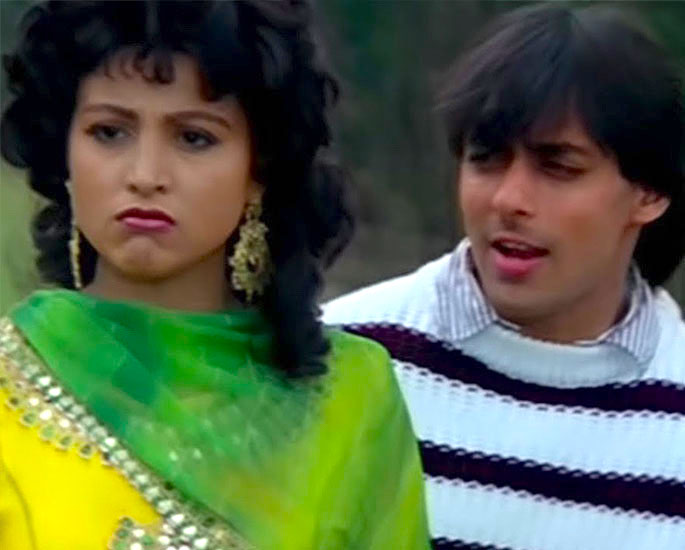 ‘O Hare Dupattewali’ is one of the most romantically hit Saawan Kumar Tak songs.

The words of Saawan go from Salman querying one of two names, to asking her name and then telling his darling to stay put:

Saawan also uses his first name as part of this song, when trying to describe some distinct features of his Green innocent interest:

“Teri Zulfein Ghata Saawan Ki, Soorat Sharmeelee Dulhan Ki.” (Your dense hair are like clouds of the rain, Your face is like that of a shy bride

Vipin Sachdeva is the singer, with the music coming courtesy of Mahesh-Kishore. The trio are a breath of fresh air to the lines of Saawan. 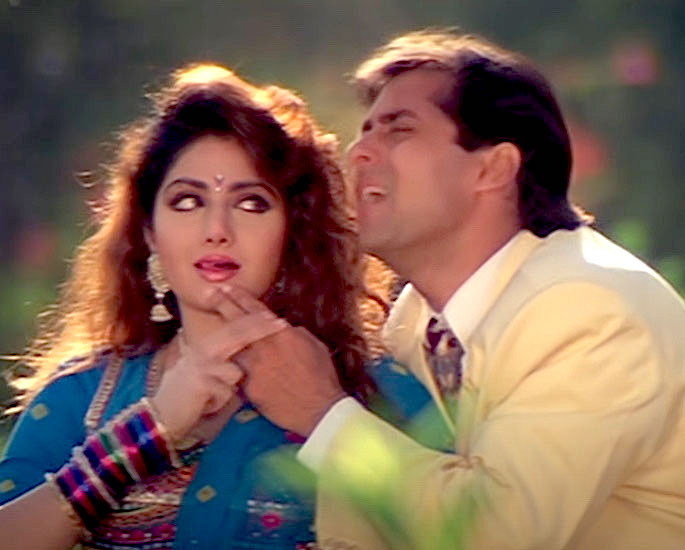 ‘Tu Ladka Hai London Ka’ is one of the catchiest Saawan Talk songs. The words touch on a Western man and an Eastern woman, with one indicating a cultural gap, and the other bridging it.

Salman Khan (Shyam Malhotra) and Sri Devi  (Radha Malhotra) feature in this bubbly song, which is quite bustling.

Saawans’ lyrics towards the end promote an eternal love story, which goes deep beyond the Radha and Shyam connection.

Iconic vocalist, Asha Bhonsle leads the way at the start, with Vipin Sachdeva joining her for a momentous duet.

The sassy music of Mahesh Kishore goes well with the lively meant-to-be words of this song.

Many Indians from London who had fallen in love with a woman in India will have had a feel-good factor to this song. Arun Singh, a 30-year-old builder from Birmingham exclusively recalls:

“When I got married to my wife Rekha in 1994 Punjab, we use to listen to this song in the yellow mustard fields.”

Hence, the lines of this song, reflect the 90s period very much, both in soul and spirit. 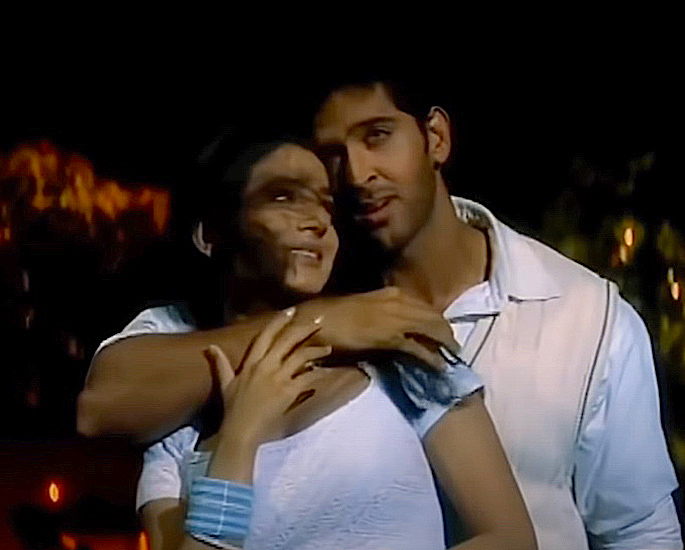 ‘Chand Sitare’ is one of the finest notated Saawan Kumar Tak songs. This song is one of a few that he had gone on to write for the Rakesh Roshan film.

Saawan took inspiration from ‘Voices’ by Vangelis when writing this song. The blossoming and peaceful words of this track are a perfect fit for the modern electro music by Rajesh Roshan.

In the film, Hrithik Roshan (Rohit) expresses his love for Ameesha Patel (Sonia Saxena) by the sea, through the soothing vocals of Kumar Sanu.

Interestingly, Saawan uses his name again but this time twice in the song. We hear in the following lines:

Ever since this came out, it had struck a chord with writers, listeners and fans of the film.

When it comes to Saawan Kumar Tak songs, there are some notable omissions. These include the likes of Shayad Meri Shaadi Ka Sawaal’ (Souten: 1983) and Chudi Maza Na Degi (Sanam Bewafa: 1991)

Saawan Kumar Tak showed that one can sometimes extend their creative side as he did. The aforementioned songs are worthy of listening to and watching for the picturisation and visual look.

Saawan Kumar Tak songs will forever be on our evergreen playlists and can be heard depending on our musical moods.

Faisal has creative experience in the fusion of media and communication and research which increase awareness of global issues in post-conflict, emerging and democratic societies. His life motto is: "persevere, for success is near..."
Master-D talks His Sound, EP ‘Jibon’ & Bangla Music
5 Best Dance Routines to AP Dhillon Songs