DESIblitz looks back at some of our favourite Bollywood looks for all your dress-up inspiration, whether sultry or spooky.

There’s no shortage of fashion inspiration from Bollywood.

Acclaimed Bollywood films have amazing performances and plot lines but it’s the costumes that help transport the audience to a specific moment in time.

Film characters, whether fictional or not, are fashion icons in their own right.

And if you’re all about wearing pop culture-inspired costumes for Halloween, then we’ve got a bunch of fabulous film character costume ideas to get you started.

With looks inspired by scary, funny and throwback films, we’ve included character costumes from all sorts of films, from cult classic costumes that everyone is sure to recognise to a few obscure looks for Bollywood film buffs.

We’re talking icons like Anarkali from Mughal-e-Azam, Manjulika from Bhool Bhulaiyaa and Anjali from Kuch Kuch Hota Hai, just to name a few.

No matter your budget or willingness to commit this October, here are all the best Bollywood film character costumes you can rock at your Halloween party. 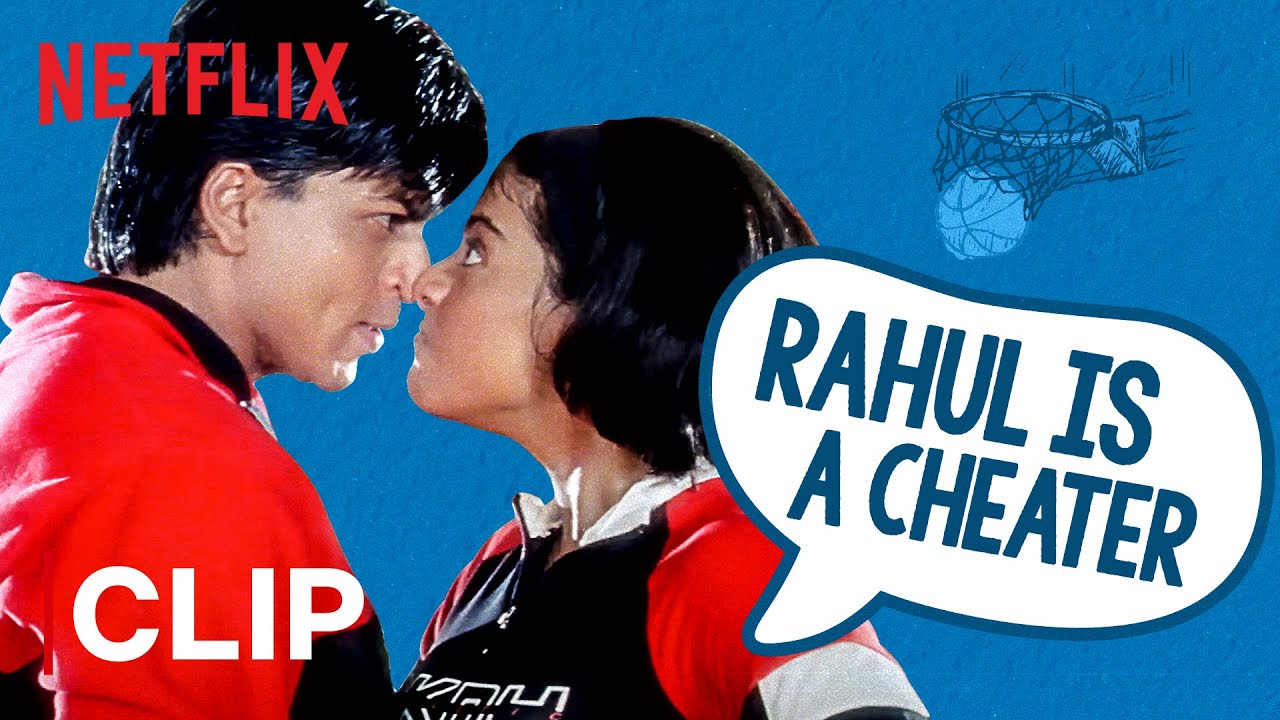 Athleisure is a word well-established in the fashion lexicon but in the late 90s, it was still unheard of.

Be it the DKNY tracksuits seen on the basketball court or the ever-so-sleek and minimal dress worn by Rani Mukerji, the film wasn’t shy about the sportswear influence.

Add to the uber-casual sweatshirts, logo tees and stellar denim and you have a wardrobe ready to be worn in the current time. 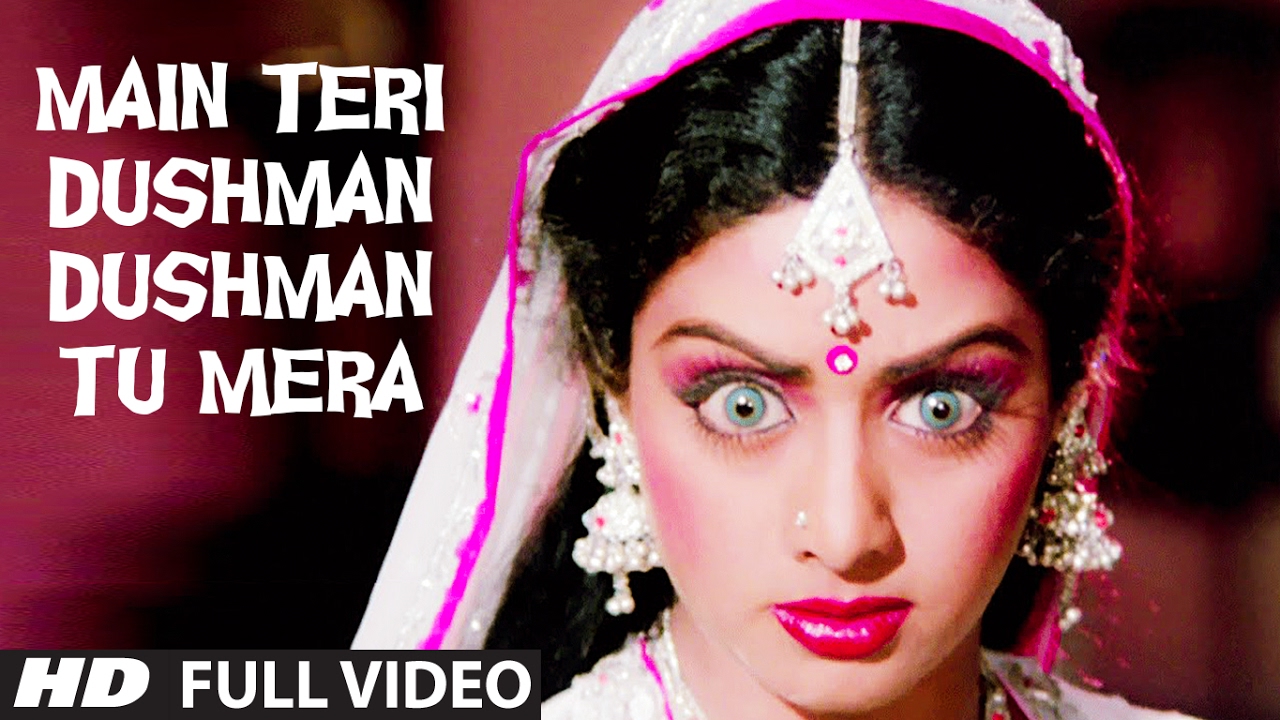 Rajni, played by the legendary Bollywood actress Sridevi, in Nagina is yet another look that is perfect for Halloween.

The Harmesh Malhotra feature, which was released in November 1986, allowed the actress to lead a Hindi film for the first time.

To give the illusion that the actress was transforming, she wore light-coloured contact lenses, which gave her the eerie look of glancing through a person.

Choreographer Saroj Khan also gave Sridevi the now-famous serpentine steps which made her move fluidly and with purpose. 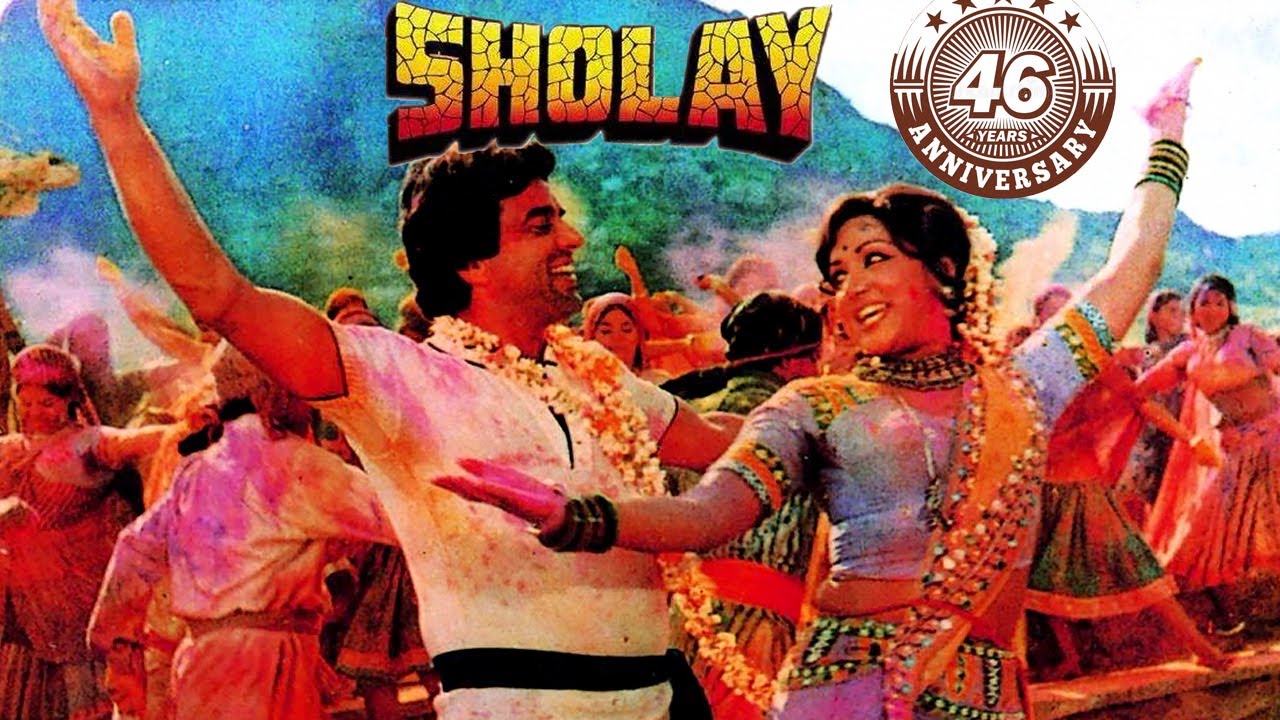 To achieve this bubbly character look, you need to have an orange ghagra-choli and a yellow dupatta.

You can shorten a cotton skirt by tucking in the bottom portion a little and team it with a simple embroidered saree blouse.

You will require minimal accessories for this – a couple of silver chains, bangles, a nose ring and a black bindi.

Tie up your hair in a high ponytail, replete with minor hair accessories and leave a few tresses on the sides. 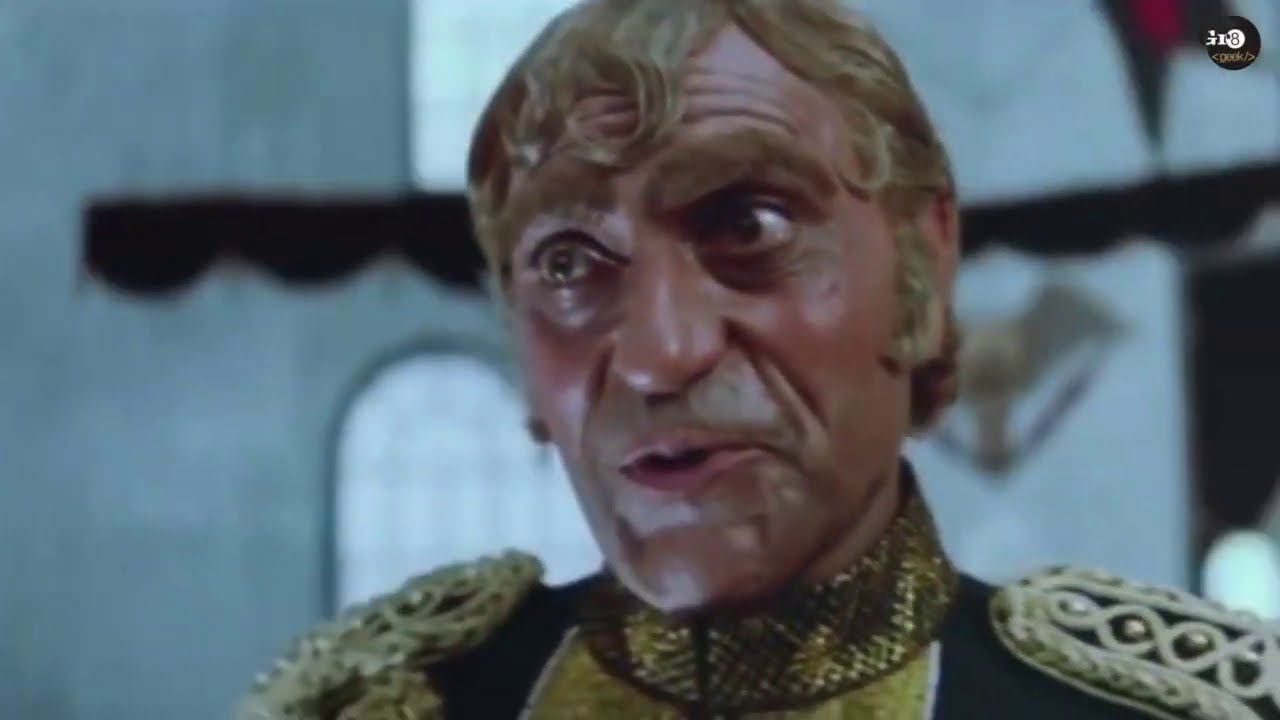 Amrish Puri’s Mogambo is still remembered as one of the most popular villains of Hindi cinema.

Amrish Puri’s Mogambo had a very specific costume and he detailed that director Shekhar Kapur gave him all the liberty to create his look.

He wrote: “One thing was sure that black is associated with negative and garish colours embellished with golden embroidery would have a shocking value. So, the outcome was regality and regality of evil.

“My makeup was not heinous, but I suggested that the moustache should be removed and the eyebrows should be arched in a particular way. 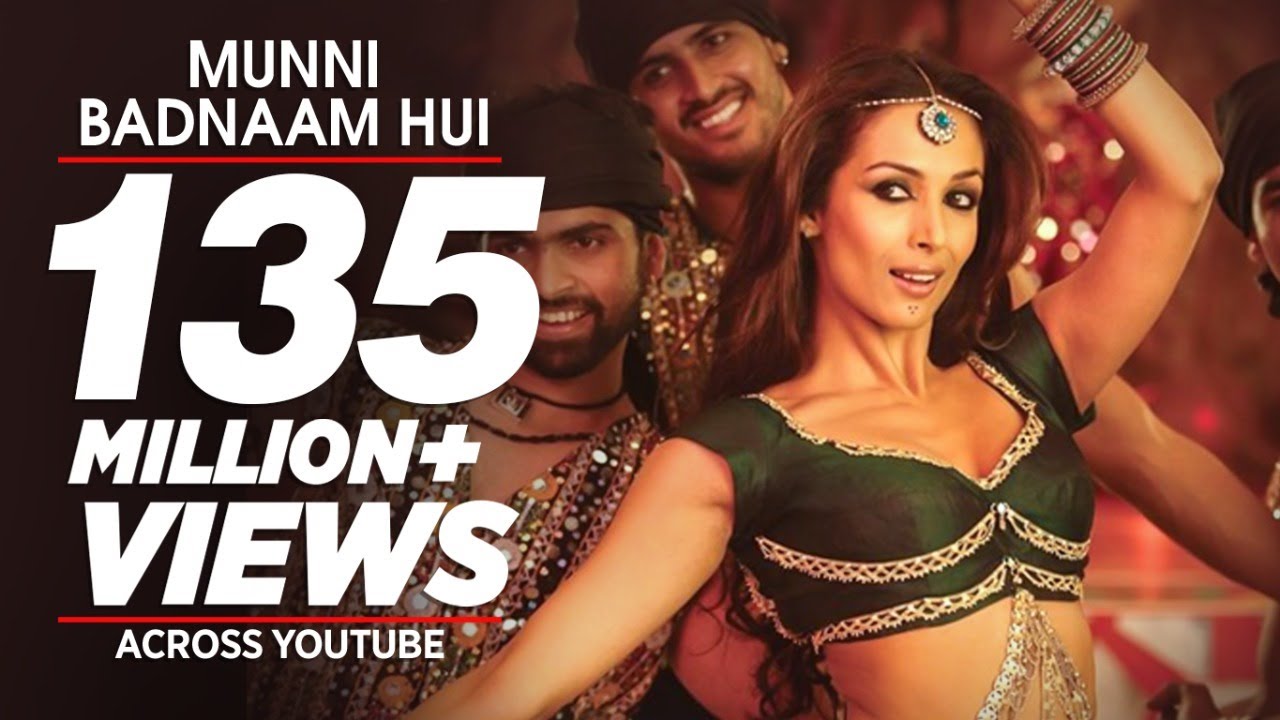 Malaika Arora’s raunchy item number from the hit song ‘Munni Badnam Hui’ grabbed a lot of attention upon its release.

The song and its lyrics have a Bihari flavour. So, the outfits had to be synchronised with that.

Malaika had three to four outfit changes in the song and while two of those were designed by Ashley Lobo, one was co-designed by Malaika and her costume designer friend Rick Roy. 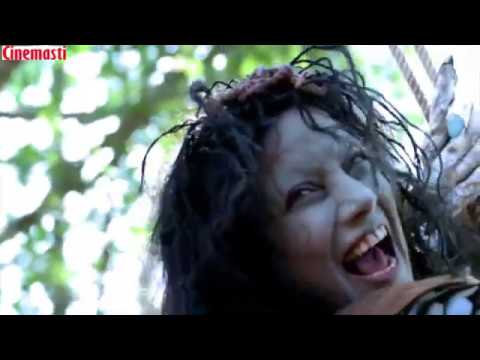 Shabana Azmi who plays the spooky witch in Makdee scared the living daylights out of children.

The film tells the story of a young girl in north India and her encounter with an alleged witch in an old mansion in the locality, believed by the locals to be haunted.

It also explains the belief in witches and witchcraft across modern-day India. 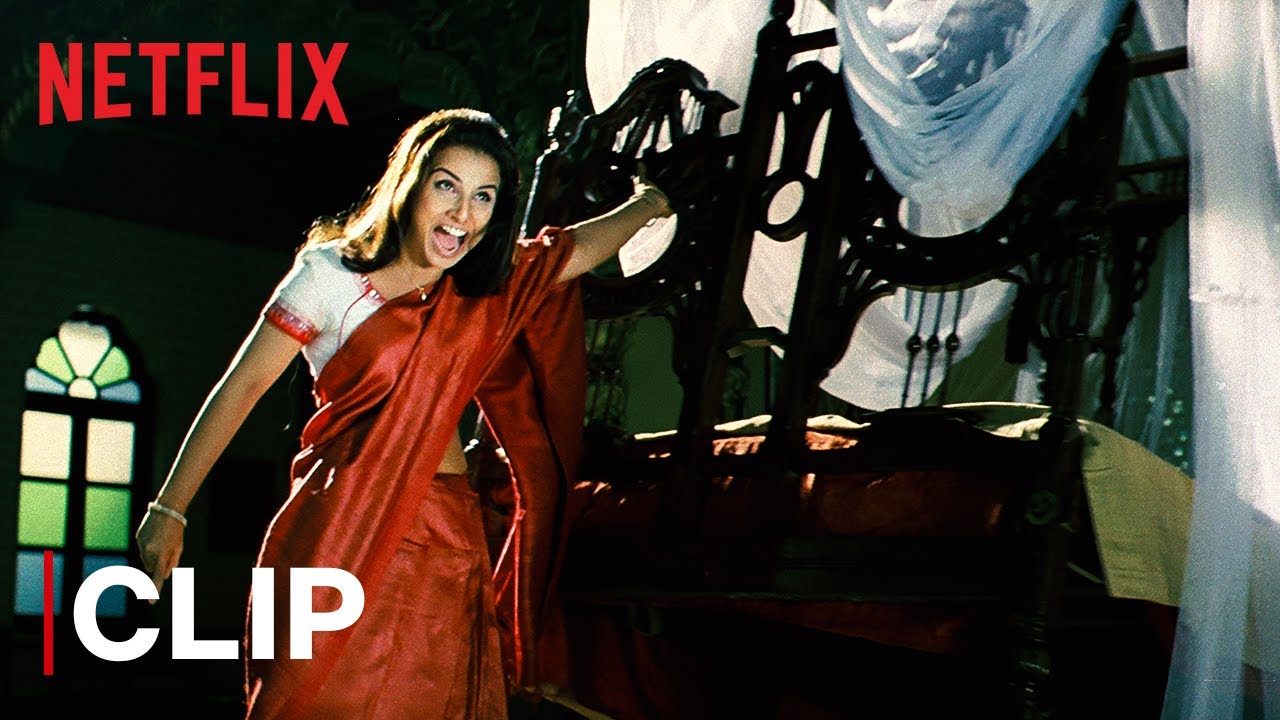 Another spooky costume that’s easy to recreate is Vidya Balan’s character Avni from Bhool Bhulaiyaa, who gets ‘possessed’ by Manjulika.

All you need is a sari, and you don’t even have to do your hair.

Bhool Bhulaiyaa was a psychological thriller comedy directed by Priyadarshan and it starred Akshay Kumar, Vidya Balan, Shiney Ahuja, and Ameesha Patel along with an ensemble cast.

The film received critical acclaim and was a huge commercial success as well. 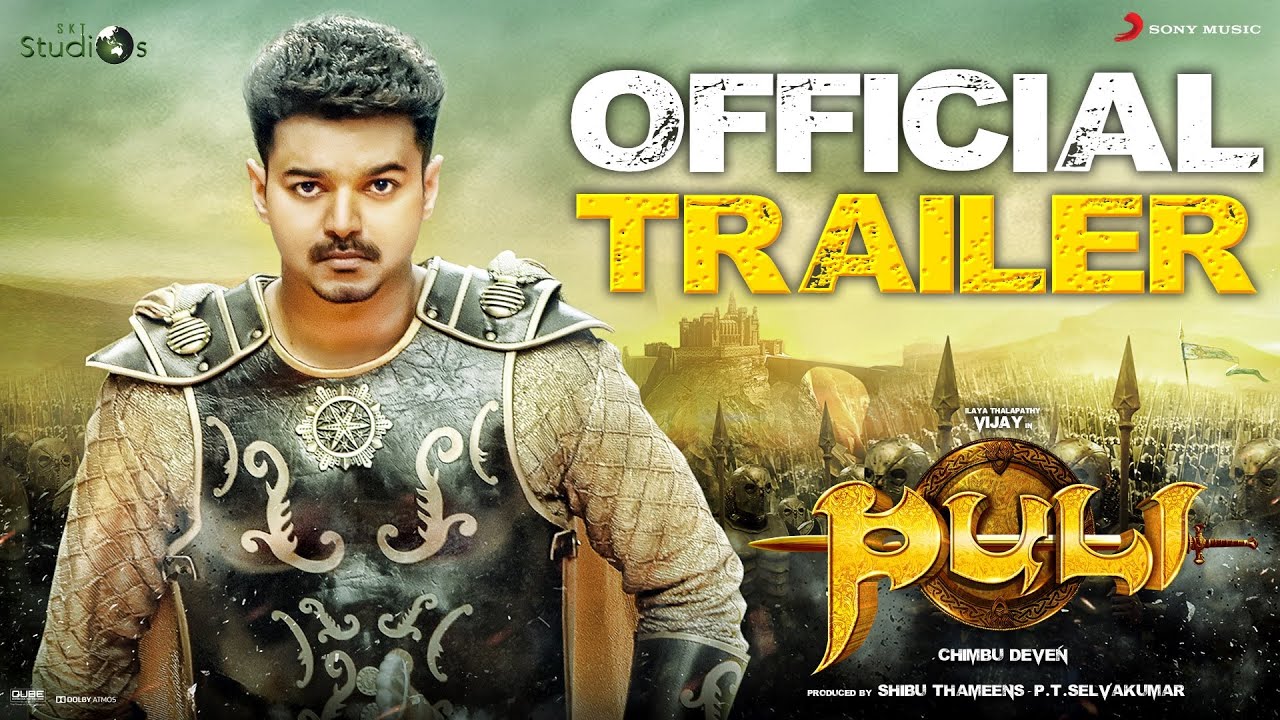 Sridevi was missing from films for three decades after her marriage with producer Boney Kapoor.

While she made her acting comeback in 2012 with the Bollywood film English Vinglish, Sridevi got back to where she started, Tamil cinema, with Puli in 2015.

The film, directed by Chimbudevan, starred Tamil stars Vijay and Hansika in the lead roles.

Speaking about Sridevi’s iconic looks from the film, the producers of Puli said: “We had hired three costume designers, but Sridevi insisted that we sign Manish Malhotra and we paid him Rs 50 lakh.” 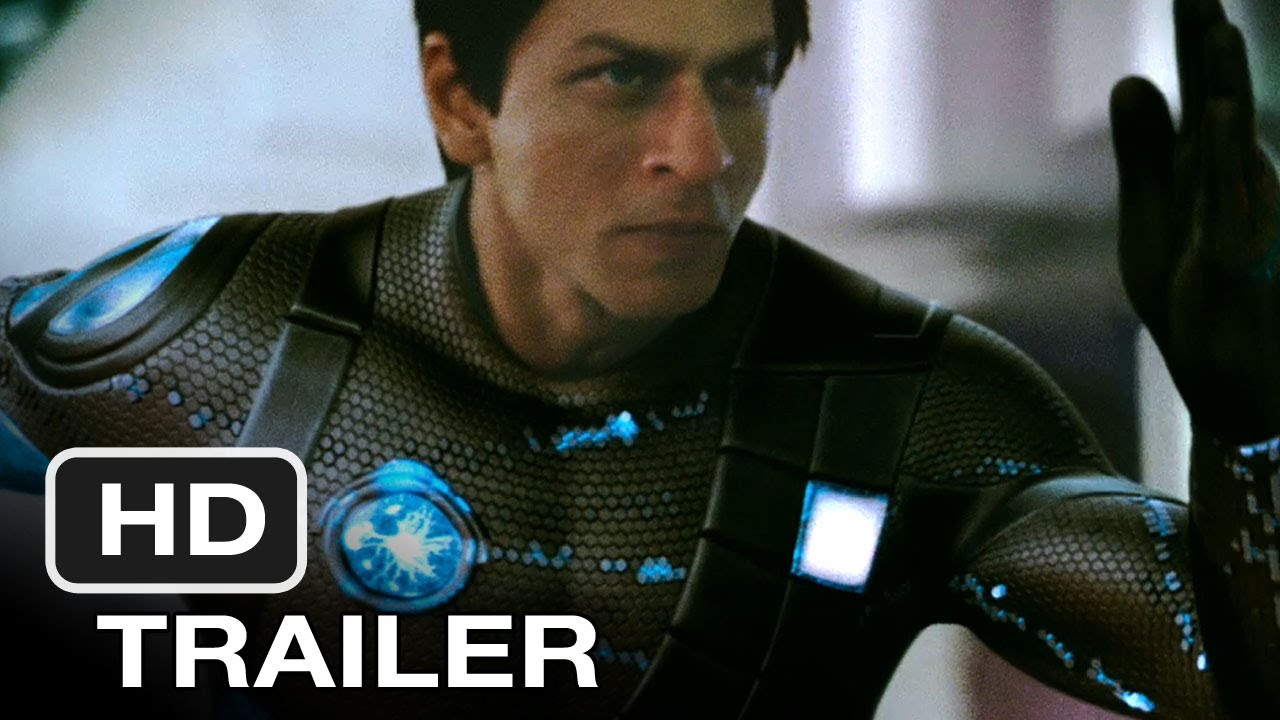 If a futuristic, robot-like Halloween costume sounds inviting, then G.One’s outfit in Ra.One is worth checking out.

When the media was digesting the news that his superhero rubber suit in the film will cost Rs 1 crore, Shah Rukh Khan clarified that the real cost of the suit was much, much more.

He said: “I keep reading in the papers that my costume is a million rupee costume.

“But it’s actually a million dollar costume, that’s four-and-a-half crore rupees per costume. And there’s not one costume, there are 20 such!” 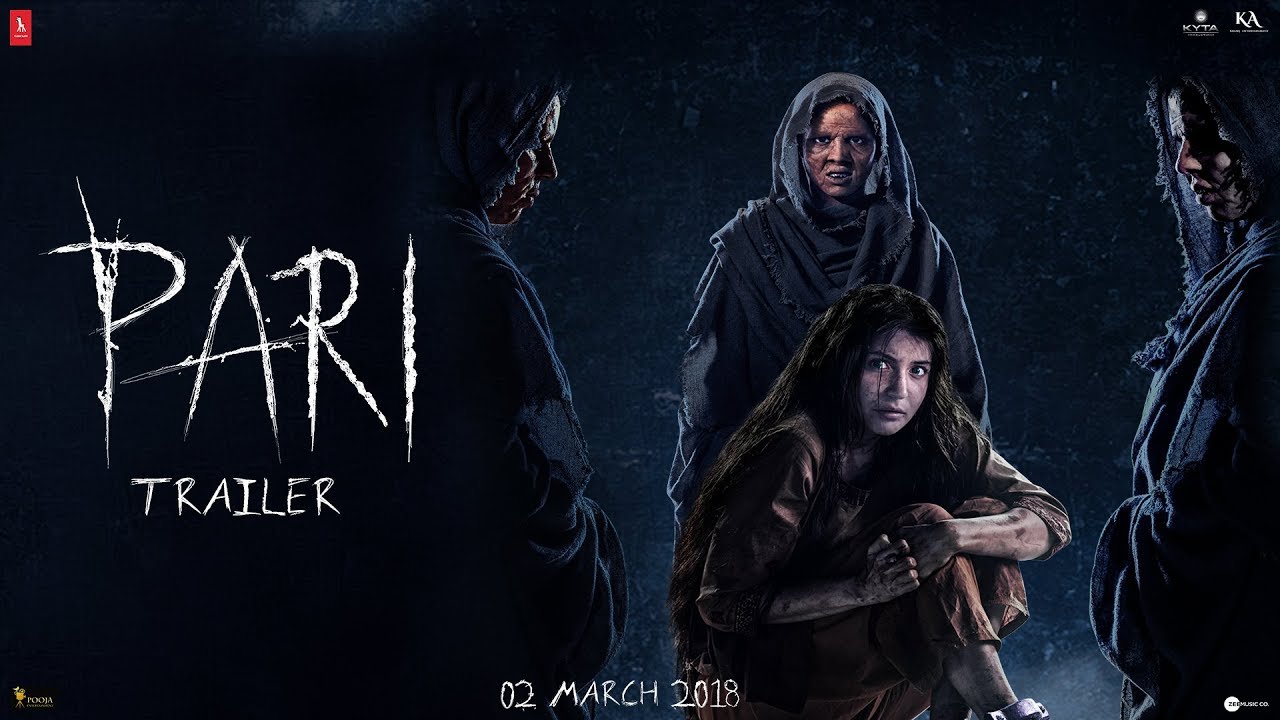 The name of the film roughly translates to angel but this isn’t a fairy tale.

Based loosely on gothic fables from Bengal, Pari is probably the first film to base a horror theme on Islamic folklore.

With a taut screenplay, full of jump scares and ravishingly good performances by Anushka Sharma and Parambrata Chattopadhyay, the film directed by Prosit Roy will surely make you squirm in horror.

It is the perfect film to get you in the mood for Halloween and inspire your costume during the spooky season. 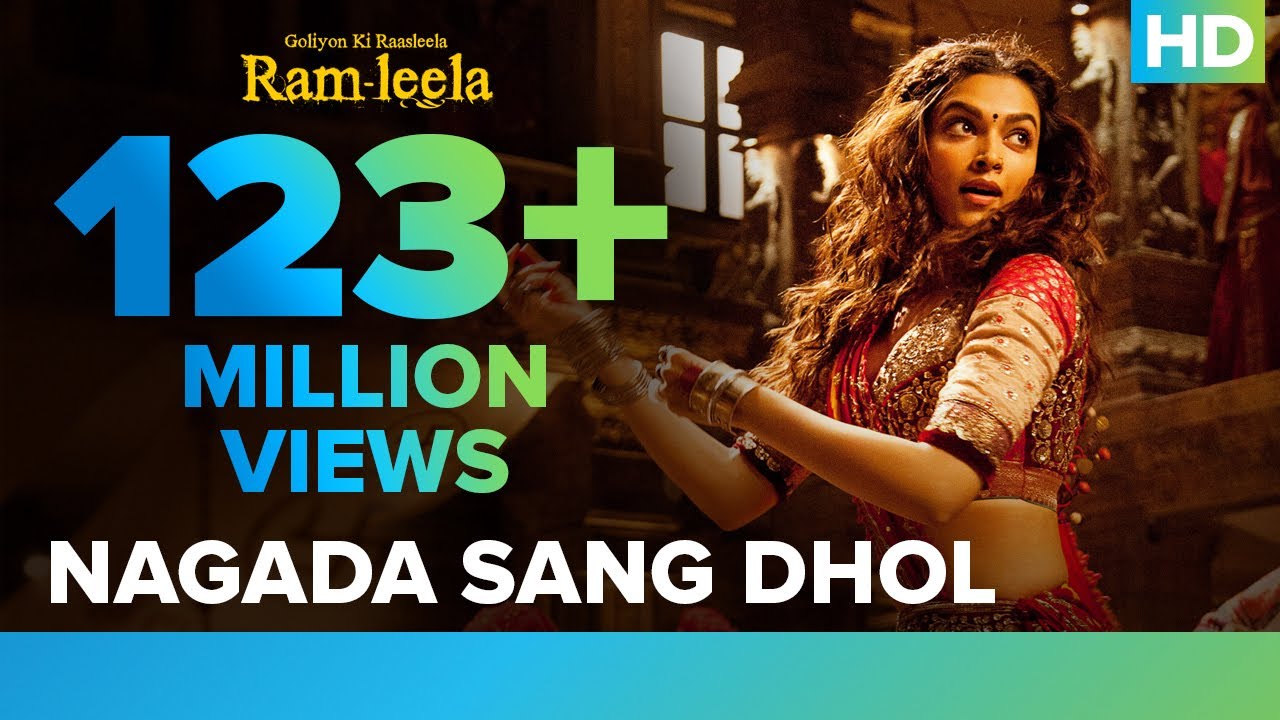 For the iconic song ‘Nagada Sang Dhol’, Deepika Padukone was clad in an ankle-length red and gold ghagra choli.

It was done up in golden embellishments. Her hair was kept down in a wavy hairstyle.

Her look was accessorised with a pair of golden earrings and bangles. Her hands were painted in the traditional style with a red colour.

She sported two black bindis, a bigger one followed by a smaller one. Her eyes were done up in a light golden shimmer along with nude lips. 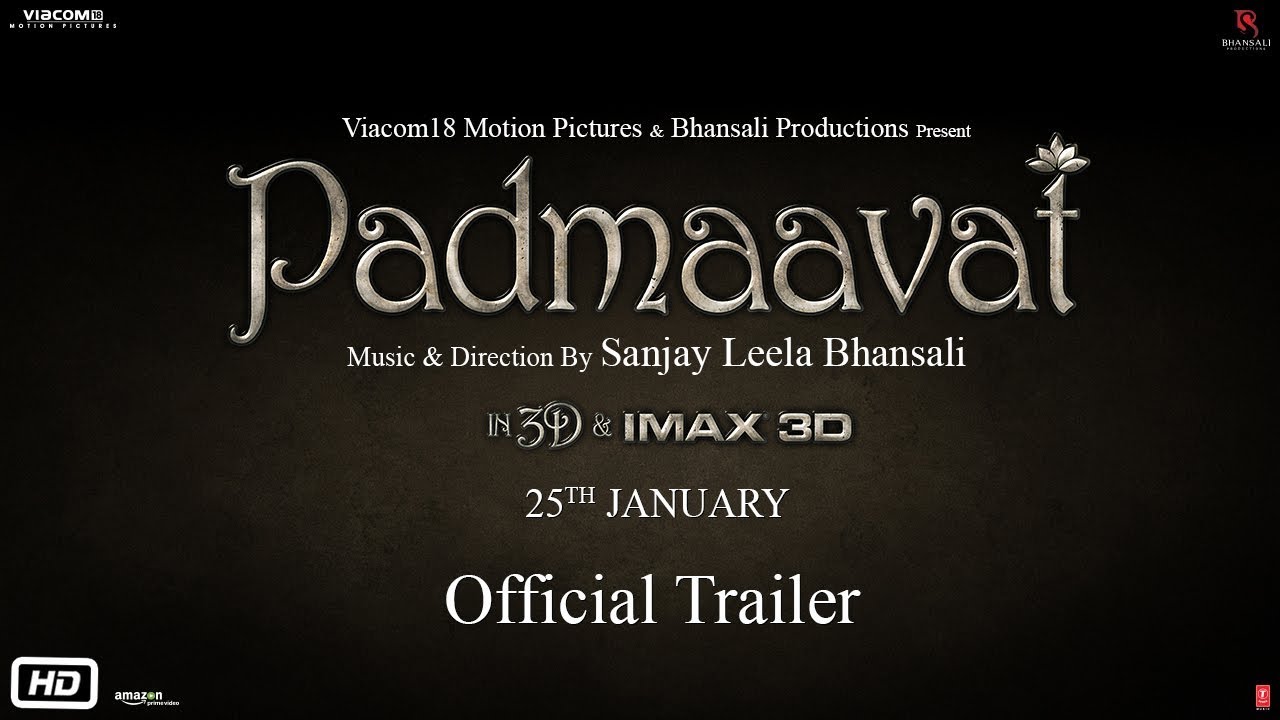 Many have compared Ranveer Singh’s look in Padmaavat with the character of Khal Drogo, played by Jason Mamoa in Game of Thrones.

Mustafa Ahmed, the trainer who transformed Ranveer Singh into Alauddin Khilji, spoke of this comparison and said:

“While Ranveer was briefing me about his character and what he should look like, we both had agreed on this popular character to be his inspiration.

“And we were so thrilled when everyone else could see it as well.

“We had planned for a particular look and it came exactly like that! Ferocious, scary, dark!” 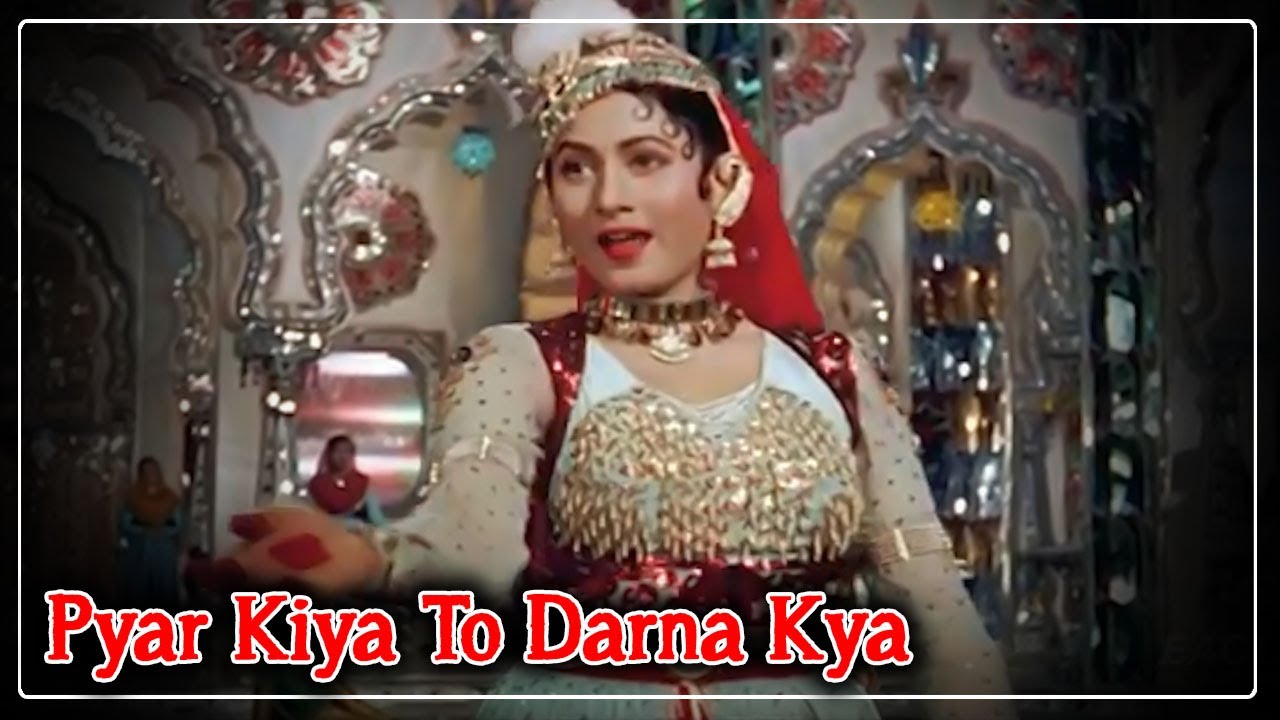 Anarkali from Mughal-e-Azam is the epitome of romance. Even today, Madhubala’s enigmatic beauty enthrals women to pick this particular avatar of hers over others.

Time and again, the character ‘Anarkali’ is an inspired idea to recreate.

The character has a whole dress named after it. The popular outfit can be found in every girl’s closet or ‘must-have’ list these days. 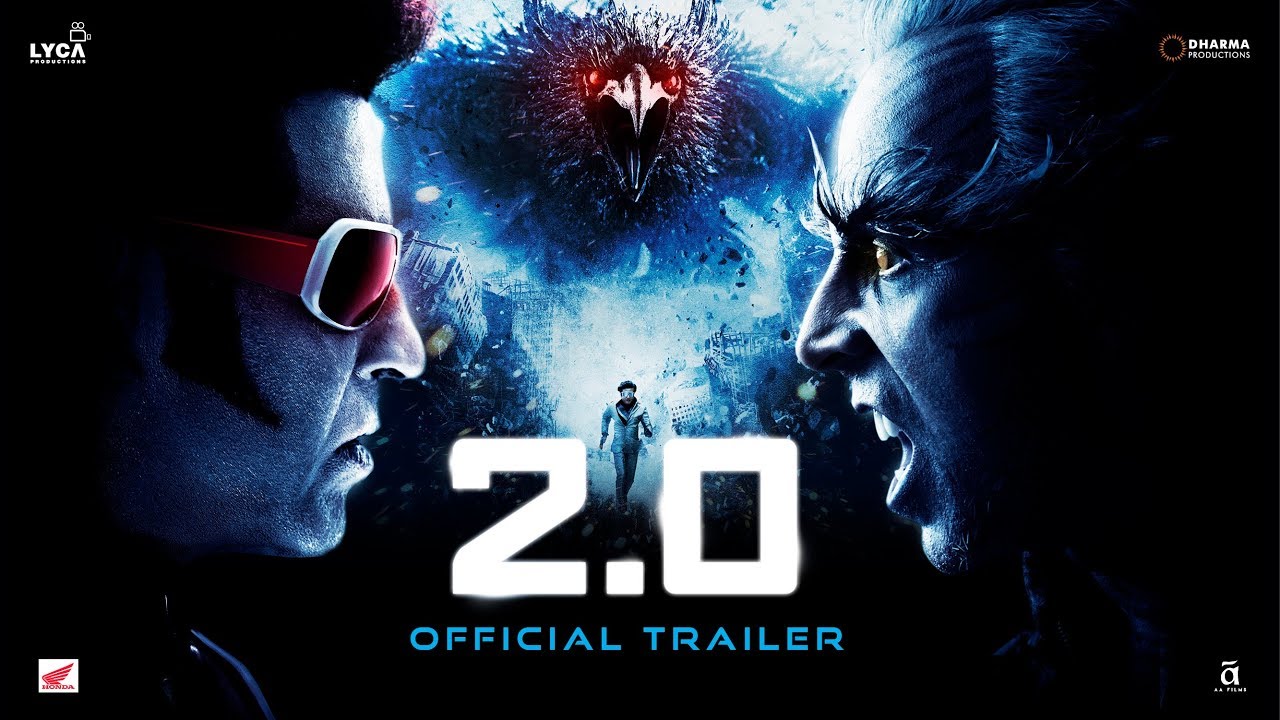 Bollywood star Akshay Kumar made his debut in the South Indian film industry with 2.0.

The film follows the conflict between Chitti, the once dismantled humanoid robot, and Pakshi Rajan, a former ornithologist who seeks vengeance upon mobile phone users to prevent avian population decline.

The crow man’s outfit is iconic and one that is worth recreating for Halloween.

To recreate this look, wear prosthetic fangs, long fake nails and plenty of white hairspray to ‘dye’ your locks.

Geet from Jab We Met 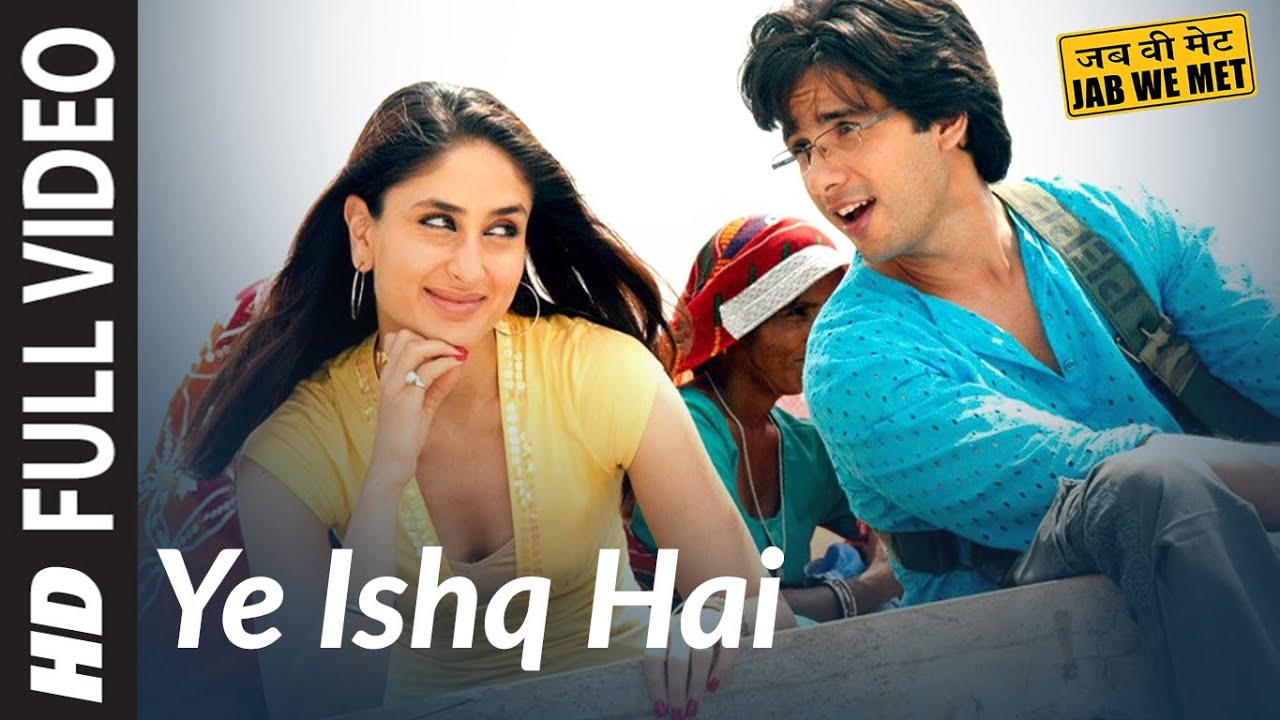 The song ‘Yeh Ishq Hai’ from Jab We Met had a lot of great outfit changes but this one’s legendary – a white crop top with bishop sleeves worn with a black corset and a red long skirt.

Another easy-to-recreate look for Halloween was witnessed in the song when Geet elopes with Aditya to get married to Anshuman who lives in Manali.

The yellow kurti had a lace border on the hemline and the sheer sleeves, and contrast embroidery all over. 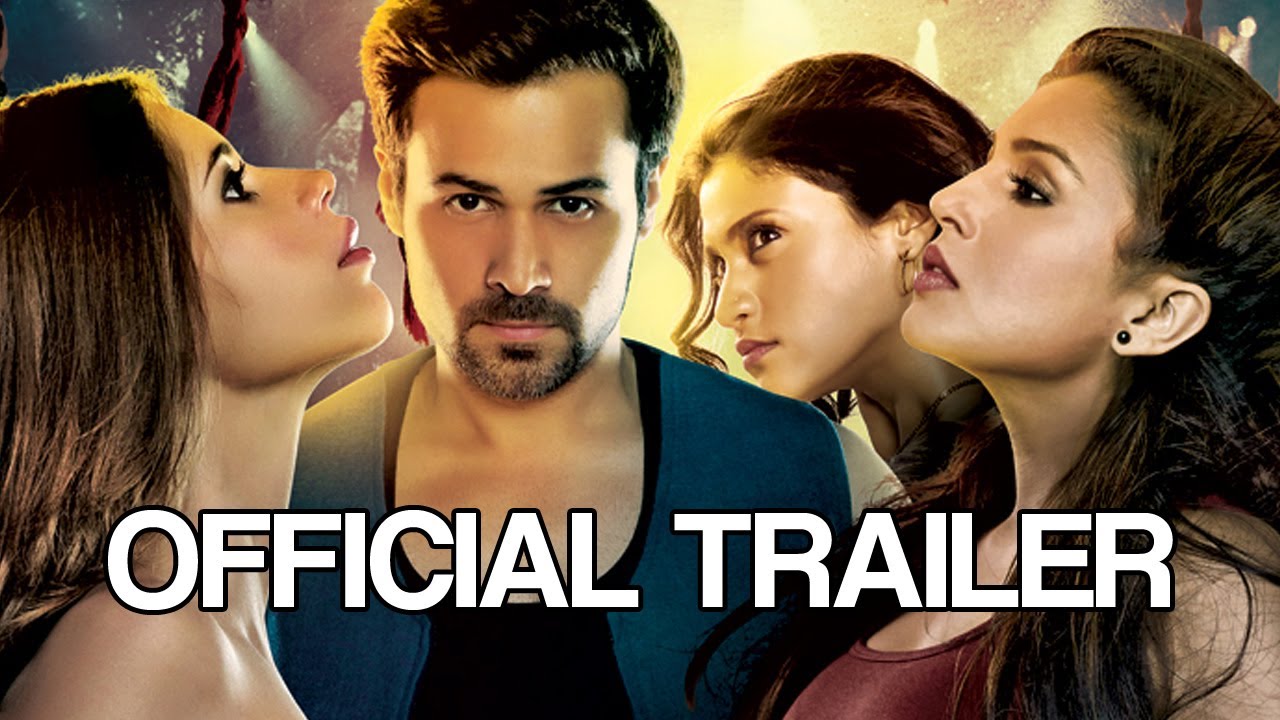 A spine-chilling saga of dark magic and occult, this film by Kannan Iyer is a slow burn.

One might even call this a romance film. But there are elements of shock and surprise that propel you to the edge of your seat and gulp in horror.

Konkona Sen Sharma’s plait adds to the thrill as well. 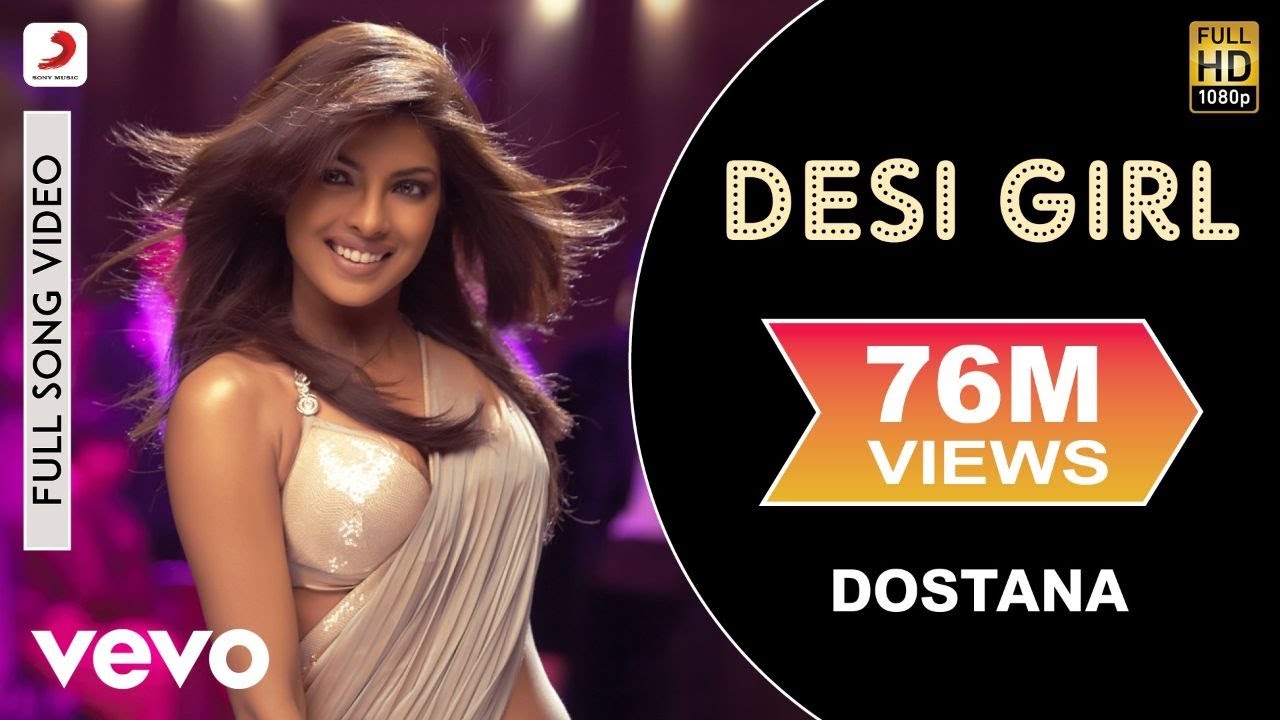 Dostana is regarded as one of the most stylish and trend-setting of Indian films, with Filmfare ranking it #1 in a 2013 poll. 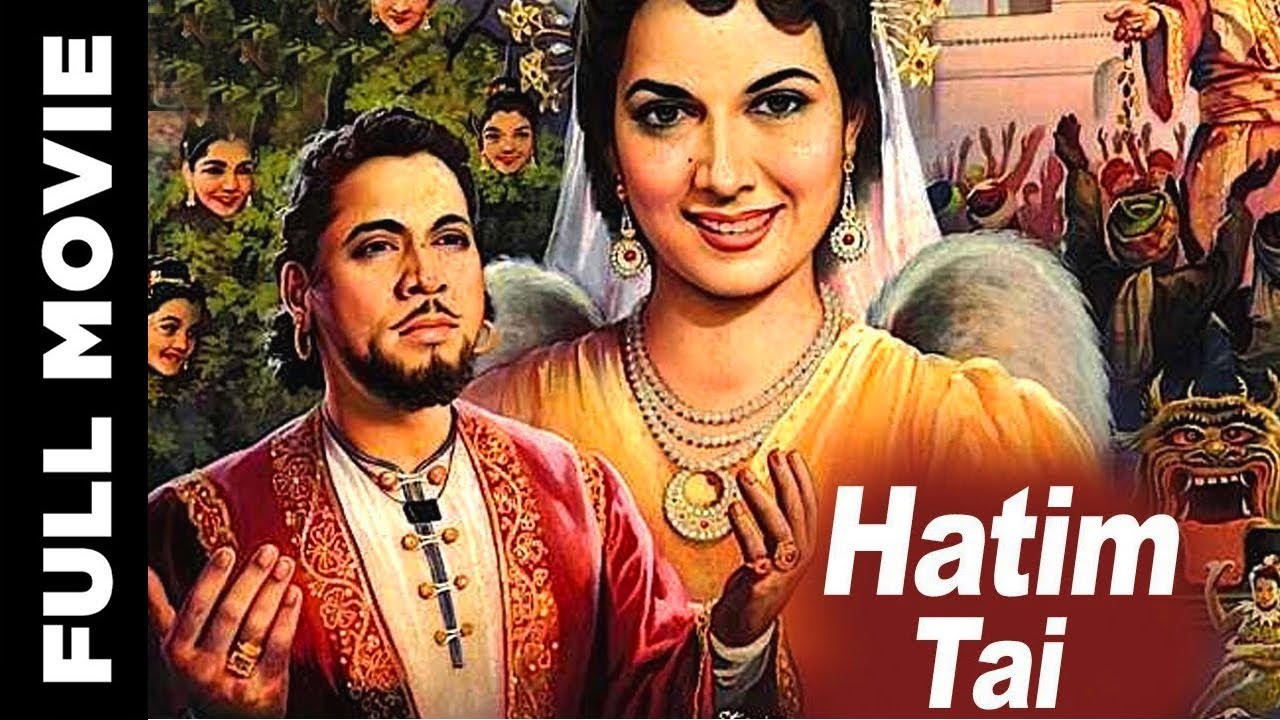 Haatim Tai is a 1990 fantasy film, produced by Ratan Mohan under the R.M. Art Productions banner and directed by Babubhai Mistri.

It stars Jeetendra, and Sangeeta Bijlani and has music composed by Laxmikant Pyarelal, and lyrics by Hasan Kamal.

The film’s plot is based on the real-life story of Hatim al-Tai, who was a famous Arabian poet from the Ta’i Arabian tribe.

He is an icon which will make for an interesting 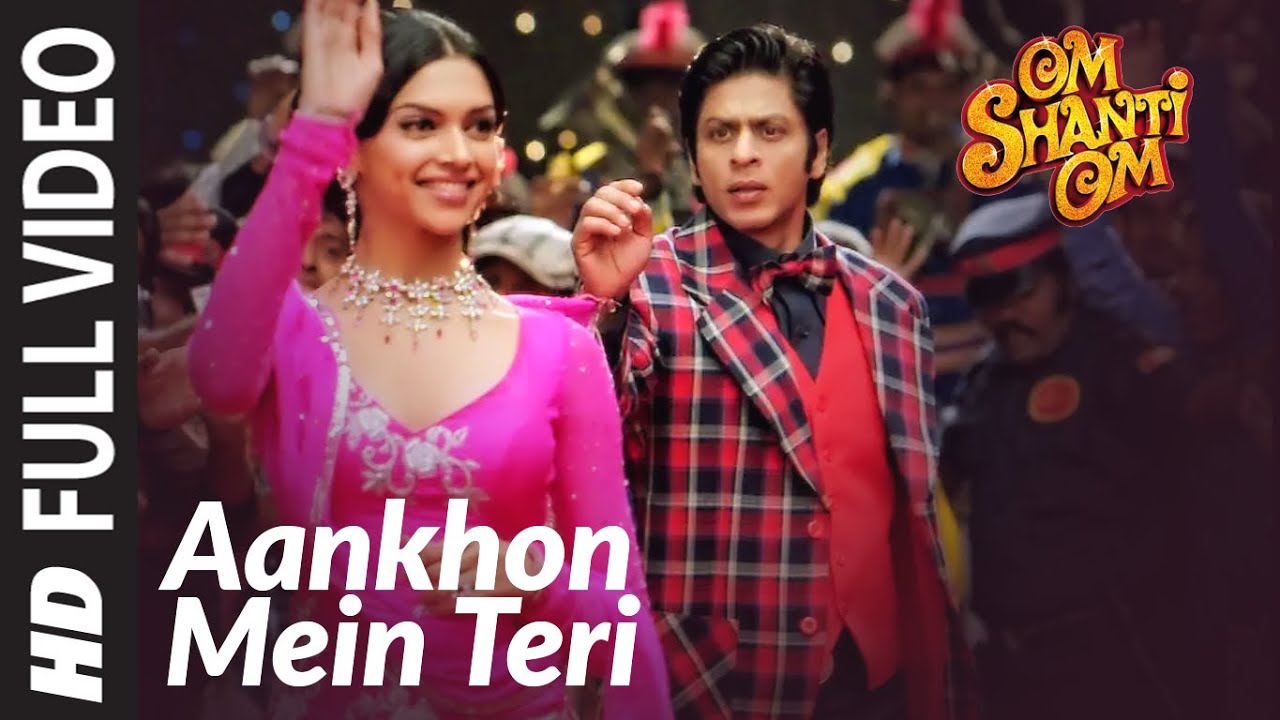 At the beginning of Om Shanti Om, Shantipriya wears a tight pink lehenga to the premiere of her new film.

The lehenga is typical of the times, in magenta pink and small silver embellishments.

The waist-length blouse and hair done up with flowers are representative of the conservative decade.

Although Bollywood in the 70s was opening up to skimpy, cabaret dance costumes, societal conformity was still distinctly separate from the films.

This explains the fully clothed red carpet appearance as opposed to the barely-there dance costumes.

In cities such as Delhi and Mumbai, pubs and hotels offer scary theme parties to attract customers.

In India, the craze for Halloween is high, especially among the youth.

Ravinder is a Journalism BA graduate. She has a strong passion for all things fashion, beauty, and lifestyle. She also likes to watch films, read books and travel.
Nora Fatehi steals show in Sultry Cut-Out Gown
Jasmin Bhasin oozes Elegance in Catwalk Debut