Who will become the First Winner of Lock Upp?

The winner of Kangana Ranaut’s ‘Lock Upp’ will be announced on May 7, 2022, in the finale. Here’s everything you need to know ahead of that.

The episode will also include special performances.

Kangana Ranaut’s Lock Upp has been hitting the headlines since its inception.

Lock Upp is set to conclude on May 7, 2022, with the announcement of its winner.

The show has become one of the most-watched reality shows on the OTT platform ALTBalaji.

After watching the first episode, many social media users took to Twitter and called out the reality show for being similar to Bigg Boss in more ways than one.

Others went to the extent of terming Lock Upp as a ‘sasti copy’ of the Salman Khan-hosted show.

Hosted by Kangana Ranaut, the show began with 16 contestants and now there are only seven contestants on the show.

Several controversial celebrities are a part of the show and dealing with them as a host can be tricky sometimes.

Kangana has been dealing with them if they show any kind of disrespect towards her or create drama.

After entertaining its viewers for weeks, the show is heading towards its finals and the contestants are leaving no stones unturned to prove themselves.

How can I watch the Lock Upp Finale?

The Lock Upp grand finale will be telecast on MXPlayer and ALTBalaji on Saturday, May 7 at 10.30 pm.

Host Kangana Ranaut will announce the winner of the show. Ahead of the finale, there will be a special episode airing on Thursday, May 5.

The episode will reportedly feature Tejasswi Prakash as the warden of the jail along with jailer Karan Kundrra.

The episode will also include special performances from the finalists and the ex-contestants of Lock Upp.

Who are the finalists? 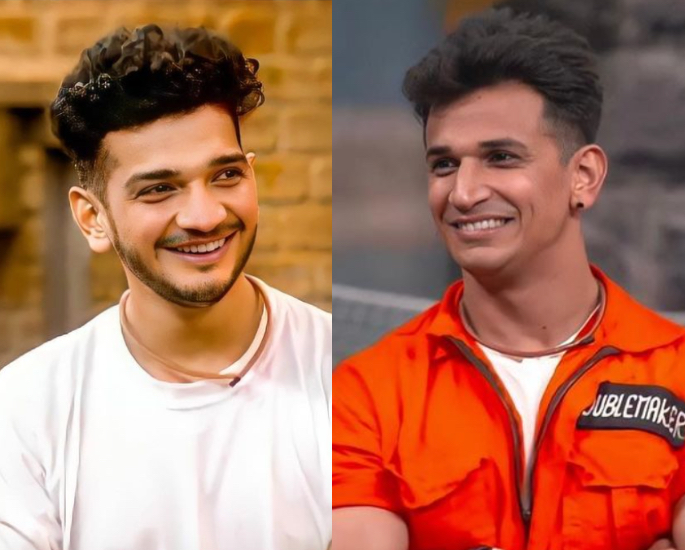 Shivam Sharma was the first finalist of Lock Upp, followed by Munawar Faruqui and Prince Narula.

Poonam Pandey was eliminated from the show in the latest episode.

She was locked out from the show on May 3, 2022, after she lost to Saisha Shinde in a task. After leaving the show, she said that she now wants to be a part of the reality show Bigg Boss.

Asked who does she think should win the show, Poonam named Munawar Faruqui.

She added that she likes Payal Rohatgi as well, but the winner for her is still Munawar.

As soon as Munawar was announced as the second finalist of Lock Upp, his fans rejoiced on social media and began trending the hashtag #MunawarForTheWin.

A section of fans have already declared Munawar as the winner of Lock Upp’s first-ever season.

Munawar has seen several ups and downs during his journey on the show. He also made many shocking revelations that took the internet by storm.

He revealed that he was married and has a son.

When Kangana mentioned the buzz surrounding him on social media and asked him to answer truthfully, Munawar agreed.

He confessed that he was married and that he also had a child from the marriage. He added that he got married at a young age and that they haven’t been living together for the past 1.5 years.

Munawar also had a breakdown when he opened up about the sexual abuse he faced as a child.

He revealed: “They were my relatives, two of them and it continued for 4-5 years. I would not understand at the time. It was a close family.

“It went on 4-5 years and got extreme in the fourth year. Then they realised they should stop it.”

While Munawar has maintained that he considers Anjali his friend, the latter has admitted to feeling “romantically” for him.

Prince Narula, who entered the show as a challenger is known for winning all the shows he entered as a contestant whether it is Roadies Roadies X2, MTV Splitsvilla 8 and Bigg Boss 9.

He again proved himself in Lock Upp and became the third finalist. The episode saw a clash between him and Payal Rohatgi during a task to reach the final week.

The other contestants who are still in the game are Payal Rohatgi, Azma Fallah, Anjali Arora and Saisha Shinde.

Ravinder is a Journalism BA graduate. She has a strong passion for all things fashion, beauty, and lifestyle. She also likes to watch films, read books and travel.
Malaika Arora hints at Marriage with Arjun Kapoor
Is Lock Upp in Trouble for copying ‘The Jail’?