An American bodybuilder has gone viral for his uncanny resemblance to Anil Kapoor. The resemblance left social media users shocked.

"I literally thought you were Anil Kapoor."

An Anil Kapoor doppelgänger has gone viral and he is based in the United States.

American bodybuilder John Effer took to Instagram and shared a picture of himself with a moustache.

John later posted a collage featuring the same selfie and a picture of Anil side-by-side. He wrote:

“I’m waiting on that Bollywood call TBH. Where is it at!!?? Anil Kapoor.

Fans found the post amusing and took to the comments section.

One person said: “I literally thought you were Anil Kapoor.”

Another said: “You’ll be in Bollywood in no time.”

A third wrote: “The stash is so glorious.”

Pointing out John’s physique, others said he was the muscular version of the Bollywood actor, with some coming up with puns.

One said: “Didn’t know Anil was this jacked.”

Shocked by the resemblance, a netizen said: 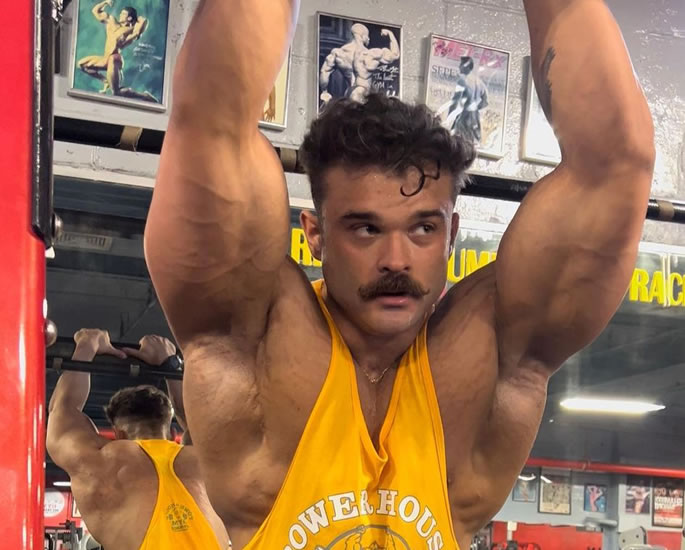 One user wondered how did John know about the actor, asking:

“Your dad told you about him? Or you have any friends from the Indian subcontinent?

“You speak Hindi/Urdu as well.”

During the show, host Karan Johar asked Anil what makes him feel younger.

The actor did not hesitate and confidently replied: “Sex, sex, sex.”

“I am a very sincere, and very honest man.”

On the work front, the actor will next be seen in Siddharth Anand’s Fighter, starring Deepika Padukone and Hrithik Roshan.

Other upcoming projects include Ranbir Kapoor’s Animal and the sequel to No Entry.

Another project is the Hindi remake of the British spy series The Night Manager, which starred Hugh Laurie and Tom Hiddleston.

The remake will star Aditya Roy Kapur and Sobhita Dhulipala.

Dhiren is a journalism graduate with a passion for gaming, watching films and sports. He also enjoys cooking from time to time. His motto is to “Live life one day at a time.”
Hira Mani under fire for Promoting Skin Lightening Cream
7 Best Long-Lasting Foundations for Desi Women