Actress Hira Mani is facing backlash after she posted a video on Instagram, promoting a skin lightening cream.

"Stop this obsession with white skin."

Hira Mani has been criticised for promoting a skin lightening cream.

Skin lightening is not uncommon in South Asian countries as fairer skin is perceived to be more beautiful.

It has even seen celebrities endorse skin lightening products in the past.

It is less common now as more stars have shunned them, instead encouraging others to embrace their natural skin tone.

The video featured three looks of herself. Meanwhile, she narrates that fair and glowing skin will be achieved after three days of using the cream.

Given the controversy surrounding skin lightening products, it was no surprise that Hira was called out for promoting such a cream.

One person said: “White skin is not chamak. All skin colours are beautiful in their own way.

“Stop this obsession with white skin.”

Another user commented: “Stop the endorsements of beauty creams.”

A third person wrote: “Every skin colour is beautiful. Be happy in the skin you are in, don’t join rat race.”

Slamming Hira for promoting a skin lightening product, one angry netizen told her:

“You should feel extremely shameful for promoting a skin whiteness cream!”

One person was sceptical that the product does not achieve results in three days while also criticising Hira, writing:

“Do not promote. Nothing gives glow in three days. Bulls***.”

A user said: “You people promote cheap things for money.”

Another told her: “Shame on you, do you have any morality, why you promote this kind of third class harmful creams.”

One comment read: “Stop promoting skin whitening products. Let people accept themselves as they are. Fair is not beautiful.”

Hira Mani is frequently subjected to trolling and criticism when she does something in the public eye. 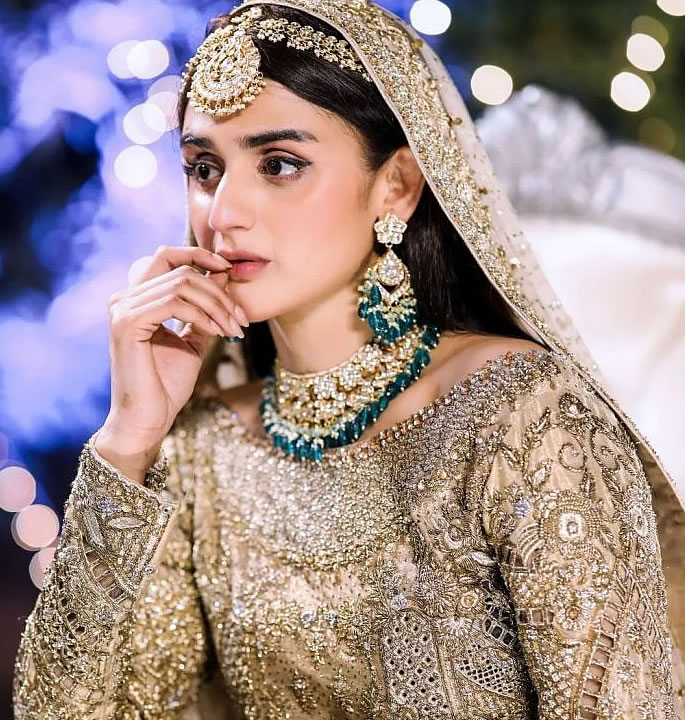 Recently she shared a bridal photoshoot that is believed to be from one of her upcoming acting projects.

However, social media users accused her of copying Alia Bhatt.

Netizens pointed out that Hira’s outfit looked similar to Alia’s wedding look, from the ivory colour to the maang tikka.

Dhiren is a journalism graduate with a passion for gaming, watching films and sports. He also enjoys cooking from time to time. His motto is to “Live life one day at a time.”
The Urge for High-End Makeup Brands in Pakistan
US Bodybuilder goes viral for Resembling Anil Kapoor