There aren’t many Indian football films, but here’s a look into how the most popular sport in the world has been portrayed in Hindi cinema.

Football films always have a bit of a hard time.

With the FIFA World Cup 2022 final a little over a week away, it’s the perfect time to get your Indian football film fix.

The game of football comes a close second to cricket as popularity is concerned in India.

Taking a clue from cricketing biopics, Bollywood has been inspired by football and made films based on the sport in the past but unfortunately didn’t turn out to be that popular.

Indian football films have managed to generate interest but are hard to recall by many.

Nevertheless, these films created an impact despite facing tough competition from other popular sport-based movies.

As a tribute to the great sport, DESIblitz presents a list of 10 Indian films every football fan should watch. 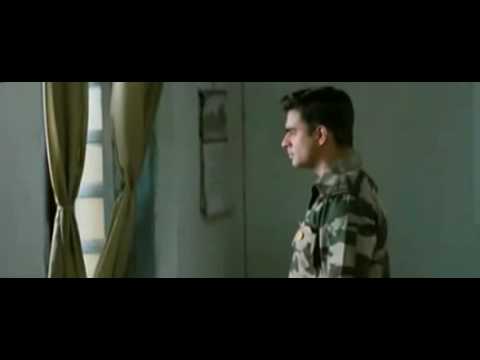 Sikandar is an Indian film that portrayed the passion for football among pupils which was a welcome change among the then-released Bollywood movies dealing with terror-driven themes.

Released in 2009 and directed by Piyush Jha, Sikandar was a moving story of a 14-year-old schoolboy Sikandar Raza (Parzan Dastur) whose parents get killed by militants and ends up living with his aunt and uncle who stay in Kupwara, Kashmir.

Sikandar is passionate about football and dreams to excel and become an expert in the sport.

Soon life takes a U-turn for him when he becomes embroiled in a different and darker journey.

Above all else, the film highlighted the undiscovered pool of talent in sports in Kashmir. 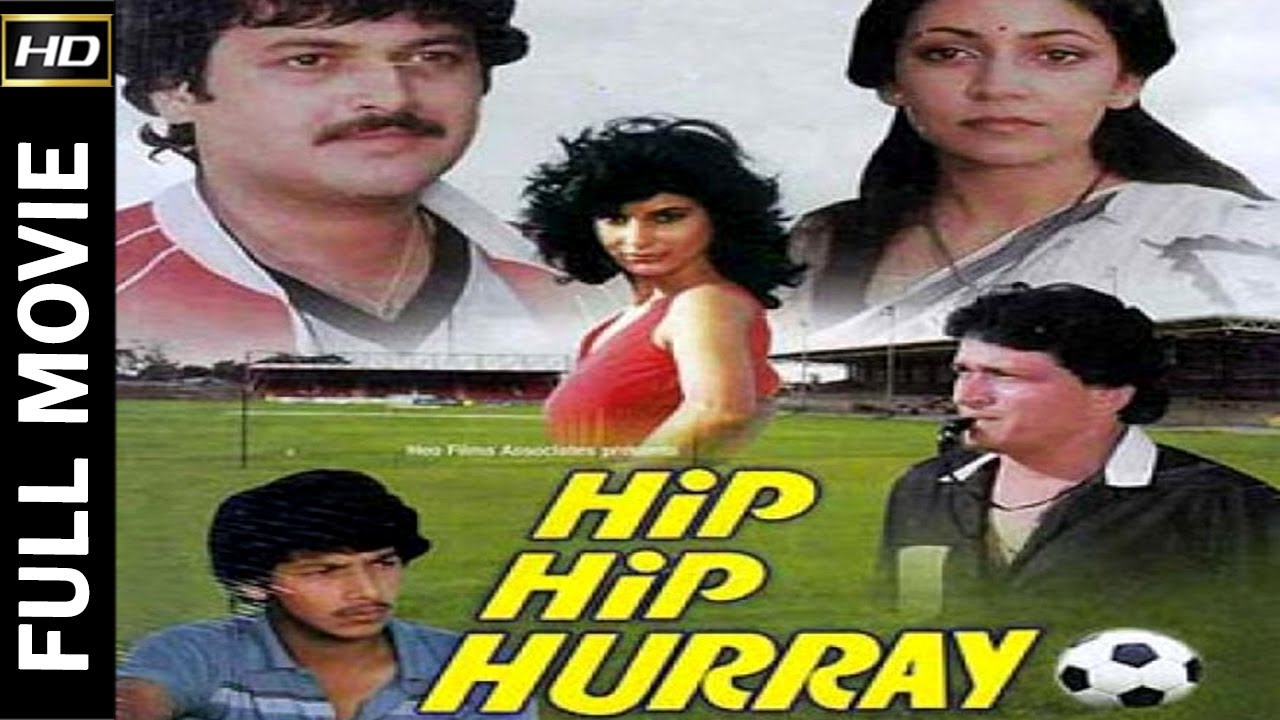 Touted as one of the first Bollywood films based on the sport of football, Hip Hip Hurray ranks highly with many.

This sports drama, released in 1984, was directed by Prakash Jha and had Raj Kiran, Deepti Naval, and Shafi Inamdar as the main cast.

The film followed Raj Kiran, a qualified computer engineer, who takes up a temporary job as a sports instructor in a school in Ranchi and leads the school to a historic win in an inter-school football match.

The film on release didn’t find many takers but later became a cult sports drama on the video circuit giving goosebumps to its watchers. 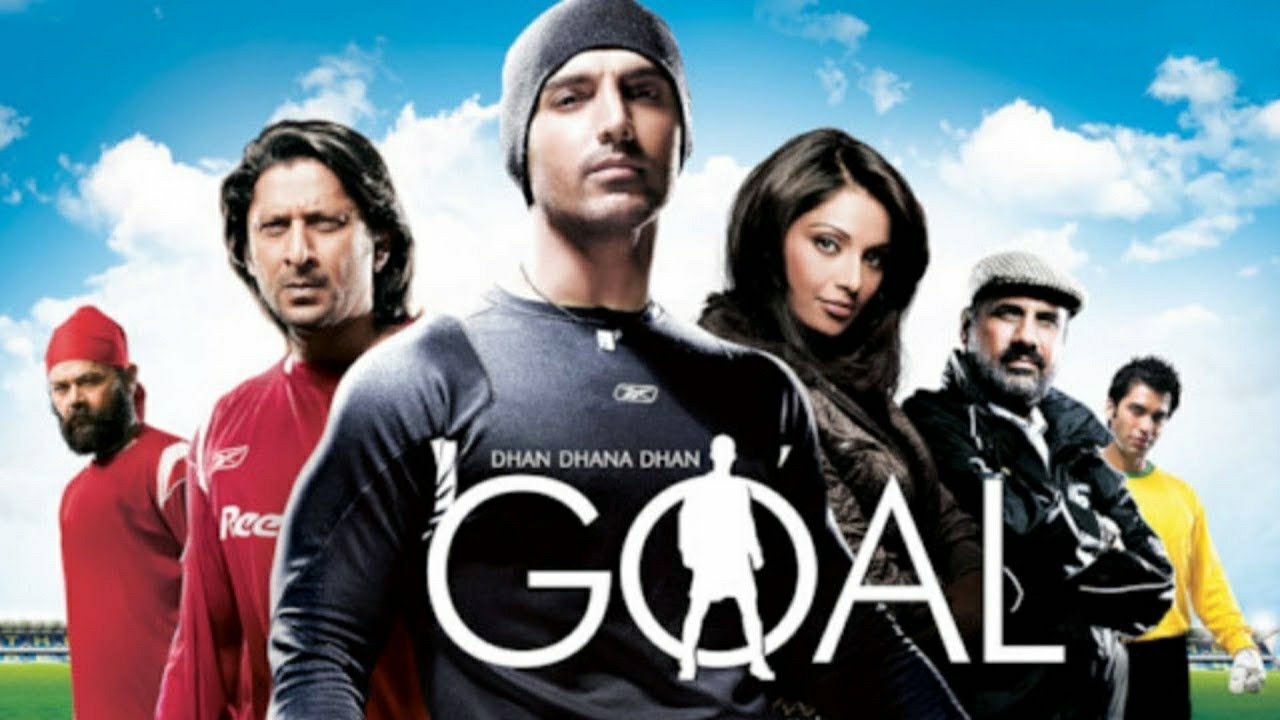 Rated among one of the best Bollywood sports entertainers, this 2007 sports drama starring John Abraham, Bipasha Basu, Arshad Warsi, and Boman Irani was the story of a football-loving South Asian community in the UK.

Though the film was shot well and ended on a positive note, it managed to receive average reviews and was moderately successful at the box office.

The soundtrack composed by Pritam with lyrics by Javed Akhtar received rave reviews. 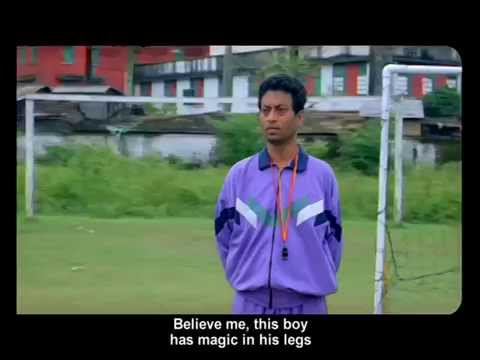 One of Irrfan Khan’s initial award-winning films, The Goal revolved around a football coach who is called by his football-loving friend to coach a team of boys for a local club tournament.

Written by Bengali writer Prafulla Roy and directed by Gul Bahar Singh, the film also touches upon poor children who despite having an undying passion for football cannot play the game due to their respective family backgrounds.

Irrfan Khan showed off his acting prowess when Manu, played by Tapas Dhali, ends up playing for the rival team. 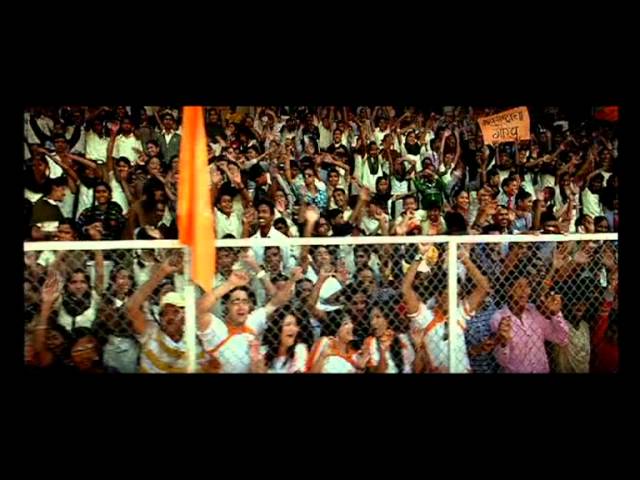 Stand By is another Indian sports drama which could’ve caught the attention of many football lovers if promoted properly by its makers or stars.

Though the film is based on the game of football, it brings to light the Indian sports system where politics is given prominence rather than talent.

The story is about two young friends Shekhar and Rahul, who are football lovers, the former is an industrialist’s son while the latter is the son of a bank employee.

Rahul gets selected for the National Team while Shekhar gets to be a ‘stand-by’.

Shekhar’s father uses his influence to ensure that his son gets to play on the team. 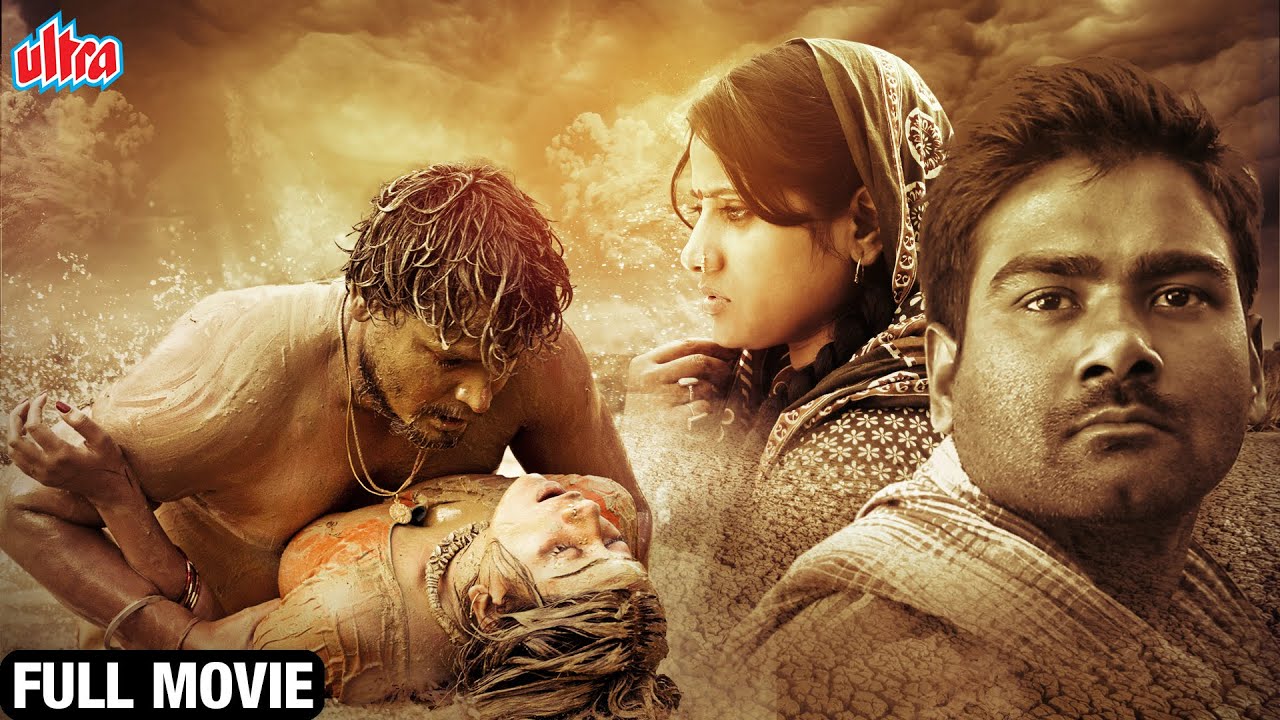 27th December 1987 Final Match is a lesser-known film based on the 1987 massacre of a group of Dalits in Aurangabad, Bihar.

The Indian film also had its central theme based on football.

The story revolved around a group of Dalits who were enslaved and forced to play a football match only to be later brutally massacred.

The film comprised an unknown cast belonging to rural India and was directed by Santosh Badal who showed bloodshed before building up the climax leading to the football match. 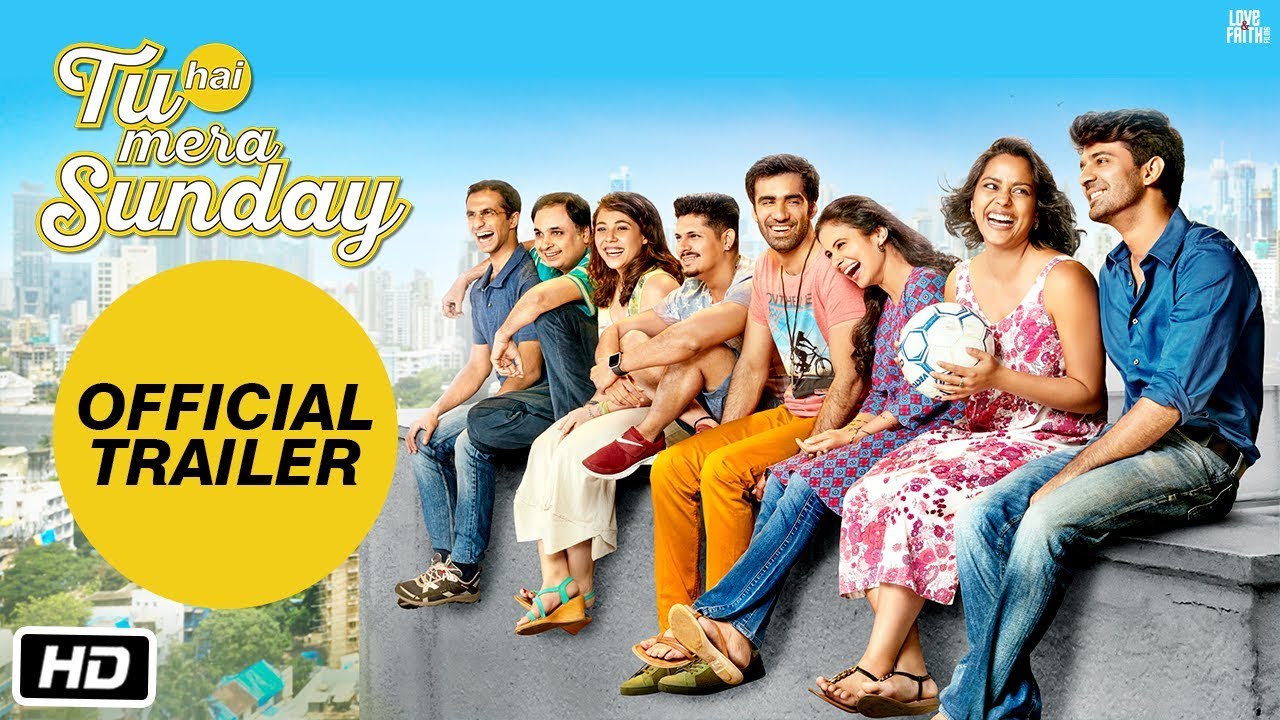 The title of Tu Hai Mera Sunday may not sound like a typical sports drama but it is an interesting film about the game of football in Mumbai.

The story revolves around five friends who work the whole week but cannot find a place to play the sport in their downtime.

Despite having a decent star cast including Barun Sobti, Shahana Goswami, Avinash Tiwary, Vishal Malhotra, Rasika Dugal, and Maanvi Gagroo, the film sank without a trace even after receiving critical acclaim. 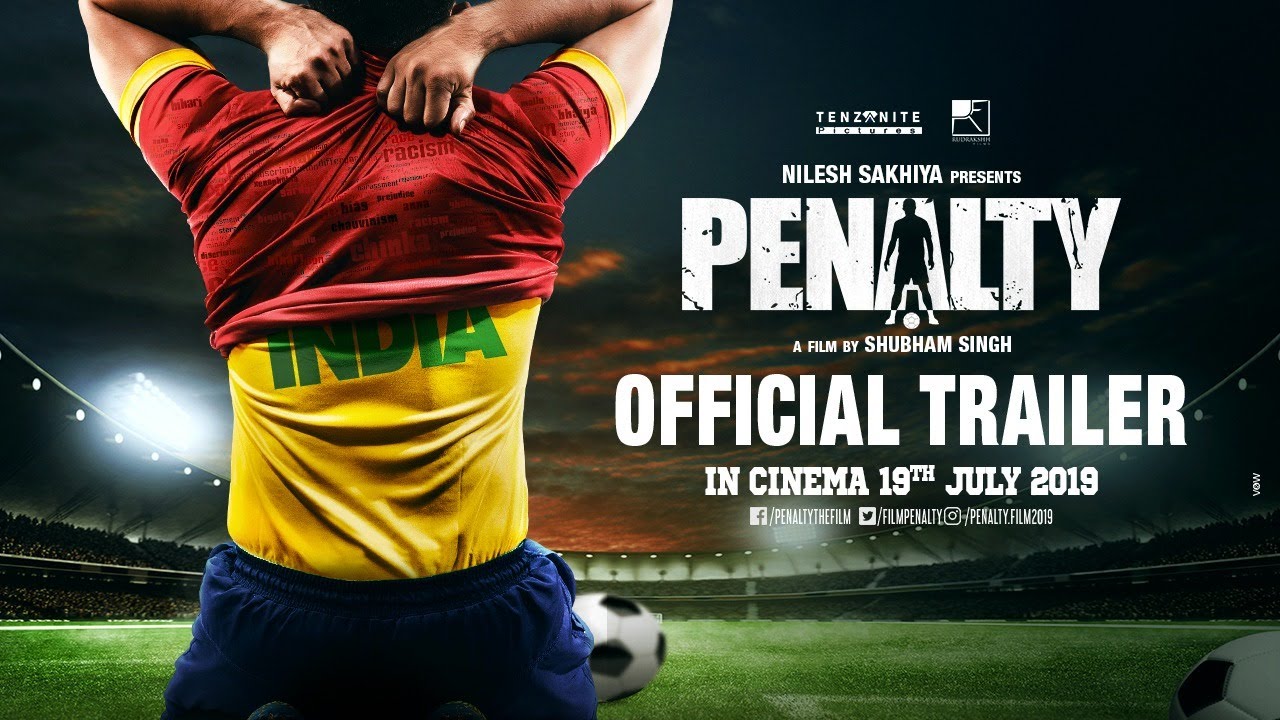 Penalty, which was released in 2019, is an underrated Indian film about football.

Penalty was a well-made film directed by Shubham Singh that revolves around a football lover named Lukram Smil who hails from Manipur.

Lukram who decides to make it big in football enrols at SRMU, a university in Lucknow which is well known for producing international-level footballers.

Despite demonstrating fine football skills, he is side-lined by coach Vikram Singh (Kay Kay Menon), who believes that North-Eastern Indians are ‘outsiders’ and don’t deserve a chance.

Lukram’s journey as he is forced to prove his talent is worth watching. 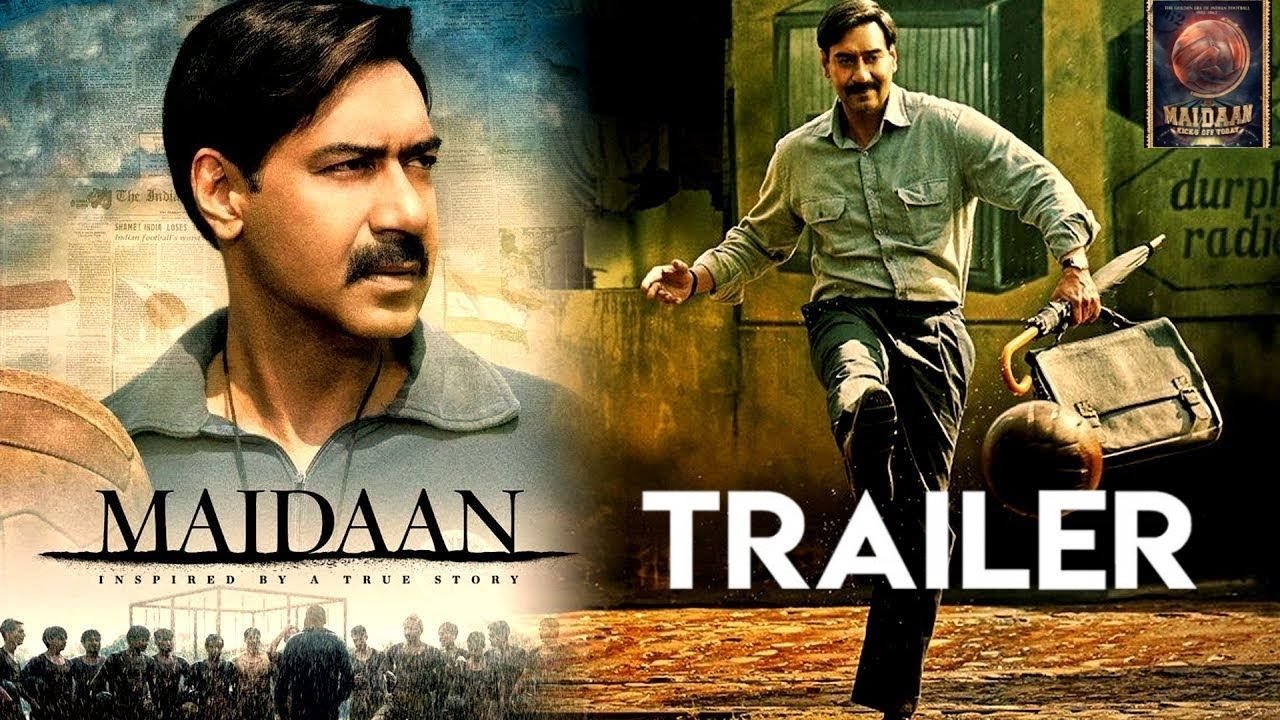 Maidaan is based on true sporting events that take us back to the golden era of Indian football (1952–1962) where football coach Syed Abdul Rahim (played by Ajay Devgn) trains and prepares a football team to triumph against all odds to win a major tournament.

Directed by Amit Sharma and starring Ajay Devgn, Priyamani, Gajraj Rao, and Rudranil Ghosh, the film is expected to release in 2023.

The upcoming film is expected to go down as one of the top Bollywood films based on football. 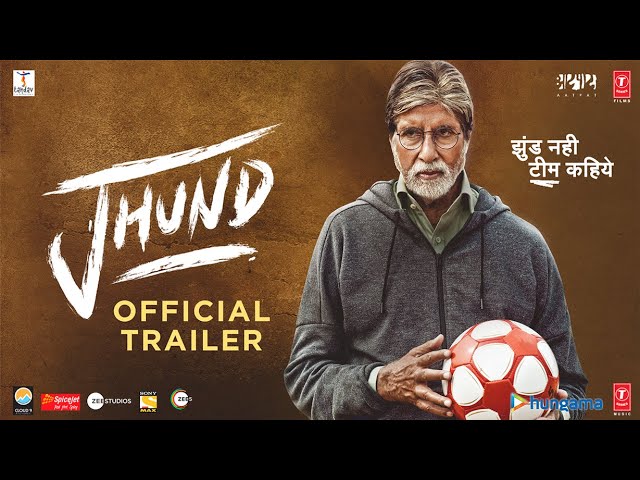 Jhund is the latest entrant to the list of Bollywood football films which is a story based on the life of Vijay Barse, who is claimed to be the founder of Slum Soccer.

Amitabh Bachchan, who plays the central character of Vijay Barse, is a professor who motivates the street children to form a football team and enter a tournament.

Directed by Nagraj Manjule, the film awaits release and hopes to inspire rural kids aspiring to take up the magnificent sport.

Football films always have a bit of a hard time.

Ultimately, it’s probably because the world’s biggest film market, the USA, doesn’t care for football like the rest of the world.

Then there’s the ever-present issue that people who enjoy football tend to be busy watching the game rather than visiting the cinema.

Still, that’s not to say that good football films don’t exist at all.

The films listed here are examples of a few gems that have popped up over the years.

Ravinder is a Journalism BA graduate. She has a strong passion for all things fashion, beauty, and lifestyle. She also likes to watch films, read books and travel.
Aryan Khan announces his Directorial Debut on Instagram
Saba Faisal Cuts Ties with Son & Daughter-in-Law