Sidhu Moose Wala’s father broke down in tears as a statue was unveiled of the singer at the location he was cremated.

Sidhu Moose Wala’s father, Balkaur Singh, broke down into tears after a 1.9 m statue was unveiled of the late singer.

The life-sized statue was erected in Mansa, Punjab, the place where Sidhu was cremated.

Both of Sidhu Moose Wala’s parents were in attendance to witness the colourful tribute go up. As soon as it was stable, both hugged the ornament and cried against it for some time.

The news outlet, Viral Bhayani, shared moments from the occasion and detailed that many were in attendance.

There were huge crowds and young children were lending their support, shouting to the parents “we are also your sons”.

Artist Iqbal Gill sculpted and painted the statue in just 25 days. The statue itself is very detailed and accurate.

Wearing a tanned shirt, blue jeans, Adidas trainers and an orange turban, Sidhu stands with a microphone in his iconic pose, pointing to the stars. One fan commented on the post:

“My heart goes out to his parents … we can never imagine their pain.”

Although the gesture is out of love, Sidhu Moose Wala’s father was inconsolable at the sight of his son as a cemented figure, telling Times of India:

“The killers, whether sitting on foreign soil or here, should be punished. Why give security to someone who claims openly that he killed Moose Wala?” 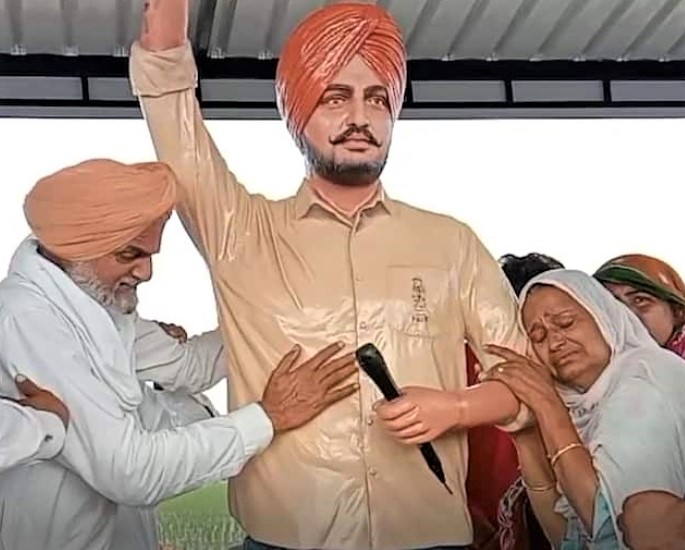 Punjabi gangster, Goldy Brar, along with Sachin Bishnoi Dhattranwai and the Lawrence Bishnoi gang took responsibility for the murder.

“Ram Ram to all my brothers and Sat Shri Akaal.

The popular artist was killed a day after his security was withdrawn by the Punjab Police.

However, Sidhu Moose Wala’s father is now questioning the legitimacy of the police’s search for justice.

Although Lawrence Bishnoi is currently in the custody of the police, he is allegedly being protected by security and bulletproof vehicles.

Sidhu’s father doesn’t see the honour in this and has been vocal about his disappointment in officials dealing with his son’s murder.

Most of Sidhu’s fans and parts of South Asia are still reeling from the musician’s shocking death.

However, this new memorial of the singer has shown how loved he is within the community.

The statue’s erection comes after Sidhu’s official Instagram page uploaded a picture of the musician and his father sharing an intimate moment.

This moving tribute showed just how strong Sidhu’s relationship was with his dad.

Watch the sculpting and revealing of the statue: 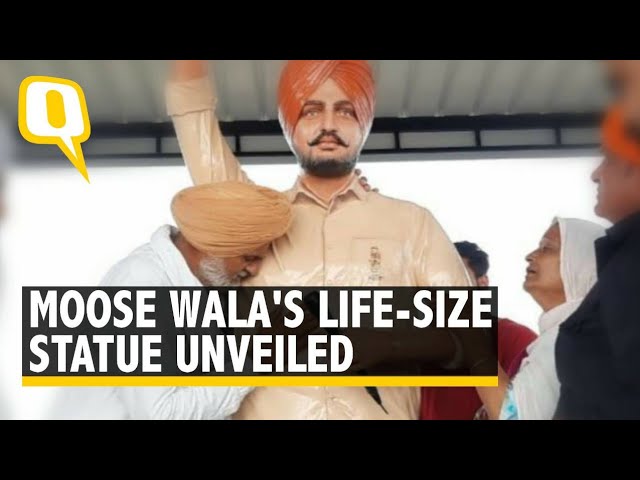 Why has Adnan Sami deleted All his Instagram Posts?
Sidhu Moose Wala shooters killed in encounter with Punjab Police