A shopkeeper’s son carried out three armed robberies on stores in Scotland. He raided the shops within a 95-minute period.

“Gimme the money and open the till. It's not a joke mate.”

Arun Khaira, aged 24, of Glasgow, has been jailed for almost five years after he carried out three armed robberies in just 95 minutes. It was also revealed that he was a shopkeeper’s son.

He had successfully robbed two stores and attempted to rob a third.

Khaira used a white BMW 1-series as a getaway car following the raids on January 11, 2020.

He robbed the PHB Superstore in Maryhill, Glasgow, and the Scotmid Convenience Store in Milngavie. Khaira also attempted to rob Shopsmart in Ruchill.

In each of the shops, he threatened the staff with a handgun. However, it was later discovered that it was an imitation firearm.

He escaped with a total of £470 from the robberies.

The raids began at 8:10 pm when Khaira walked into the PHB Superstore and produced a handgun from his jacket pocket.

He told the shopkeeper: “Gimme the money and open the till. It’s not a joke mate.”

The victim believed it was a real gun and handed over cash.

Khaira then left and drove to Shopsmart, arriving at 9:15 pm. He pulled out the gun and demanded money but was told to get out by a staff member.

He left and turned up at Scotmid at 9:45 pm. Khaira claimed:

“I’m not here to hurt anyone. I am one of the good guys.”

He then robbed the store before fleeing in the BMW. 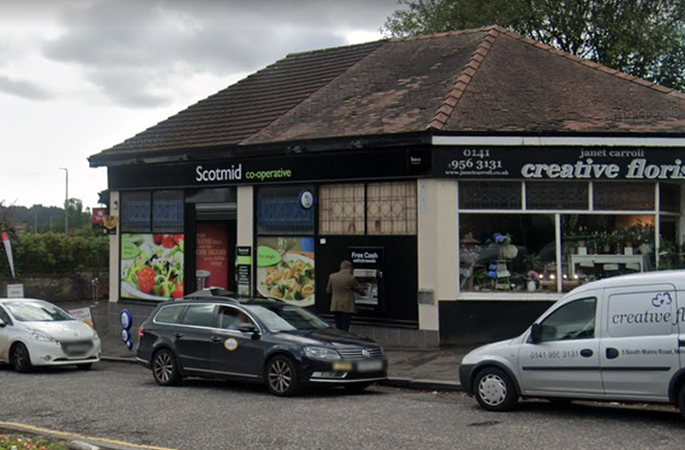 The imitation gun was found in a bush in Main Street, Milngavie, on January 15, 2020. It was forensically analysed and Khaira’s DNA was found on it.

The weapon was capable of firing ball bearings.

Greg Farrell, prosecuting, said: “The gun was forensically analysed and a mixed DNA profile was obtained. The accused was the major contributor.”

When Khaira was interviewed, he denied any involvement.

However, when his phone was examined, it was revealed that he had money problems.

“He stated his intention to commit a robbery via text message in order to get money as a result of these troubles.”

“The accused has previous convictions for road traffic offences and a charge of assault to severe injury and permanent disfigurement for which he received a community payback order.

“The accused has occasionally worked in his father’s shop.”

At the High Court in Glasgow, the shopkeeper’s son pleaded guilty to two charges of robbery and one of intent to rob.

It was heard that Khaira initially had issues with prescription drugs.

Judge Lady Stacey told him: “Coming from a shop-keeping family, you must understand this kind of behaviour is extremely intolerable.

“What you did on January 11 is that you let your family down to a great extent.”

On June 4, 2020, Khaira was jailed for four years and eight months.

Lady Stacey said that the jail-term would have been seven years if it wasn’t for Khaira’s guilty pleas.

Dhiren is a journalism graduate with a passion for gaming, watching films and sports. He also enjoys cooking from time to time. His motto is to “Live life one day at a time.”
Two Men jailed for Drugs Production Line at House
Businessman jailed for Tax Fraud of about £100,000