Football came to a halt, following the COVID-19 outbreak. Lawyer and football agent, Shehneela Ahmed exclusively talks of the tectonic impact on the sport.

"There will be a few who are likely to find a new employer."

According to Shehneela, there are enormous repercussions of this virus outbreak. However, she feels clubs and players can eventually recover from the pandemic.

In 2014, Shehneela Ahmed made a super entry into the sport by becoming the World’s and Britain’s First Asian Female Football Agent for The English FA (Football Association).

Shehneela is a Registered Lawyer under the FA’s Football Agents Regulations. She operates throughout the FA’s jurisdiction.

Shehneela Ahmed has had a positive role in representing and advising football players and managers from across the globe.

Shehneela has specifically been helping clubs in searching for players during previous and forthcoming transfer windows.

She has also been working with the clubs in relation to players scouting reports. Additionally, Shehneela Ahmed has been encouraging ethnic and non-ethnic people to get involved with football.

Acting as a conquerer to all barriers, she is opening the doors for many so that they can fulfil their ambitions. 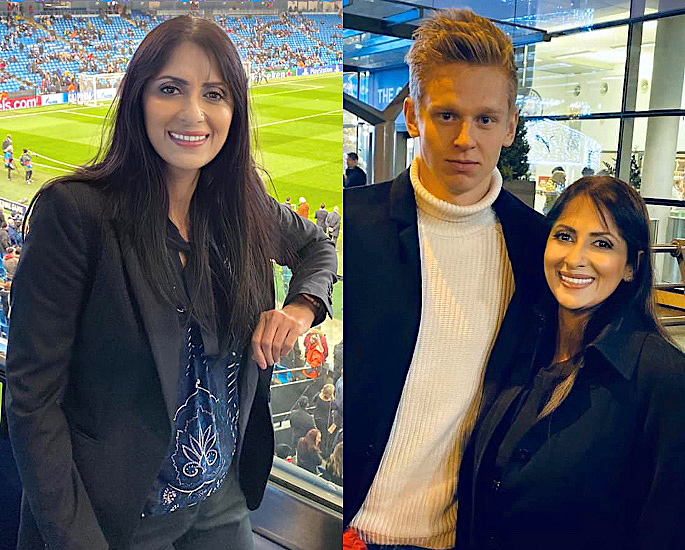 Recognising her achievements within the football community, Shehneela Ahmed has many accolades to her name.

She was honoured as part of the HSBC World Top 50 Powerful Business & Sports Women around the world at the World Leaders Forum in Singapore 2016.

In an exclusive Q&A with DESIblitz, Shehneela Ahmed shares her thoughts on the seismic impact of COVID-19 on football.

Her in-depth analysis focuses on the key issues clubs are facing, the mental well-being of players, the 2019/2020 Premier League season, players contracts and transfer windows.

What is the far-reaching impact of Coronavirus on Football?

The coronavirus pandemic has sent shockwaves around the world. This is the biggest disaster to hit the sporting world in 75 years. COVID-19 is the biggest challenge football has ever faced.

The entire football landscape has seen a transformation as the world seeks to limit the impact of the virus.

In the simplest terms, there are three main income streams for football leagues. These include broadcasting (sales of media rights), commercial (sponsorship and advertising partnerships) and match day revenue (ticketing and hospitality).

The impact on the football industry would be dramatic. No games mean no TV deals and no matchday income. No income means no clubs.

As things stand, we’re in a world now with no money coming in and only money going out for football

Will all clubs survive? It all depends on how long it goes on. But there’s an inevitability that if this goes on, some clubs will fall out of the pyramid.

“I think a number of others will be in administration. I think that’s a real possibility.”

How are Premier League clubs and players dealing with COVID-19?

Premier League football was suspended due to the coronavirus outbreak. Hence, top-flight clubs across England are taking differing approaches to first-team training.

Clubs have given players individual training programmes. Some players have their own gyms at home. Having said that equipment has been sent to those who need it.

The financial implications are at stake with no match revenue including sponsorships and media revenue.

If the situation as this continues then obviously clubs are going to have cash flow problems. That is something clubs will have to deal with between now and then.

The clients we represent have been advised by clubs and the PFA union on what safety measures to take during the lockdown.

With the footballing world put on hold, players are suffering from COVID-19 and dealing with the new reality of social distancing and self-isolation.

They have been forced to find ways to occupy themselves during this unexpected break. 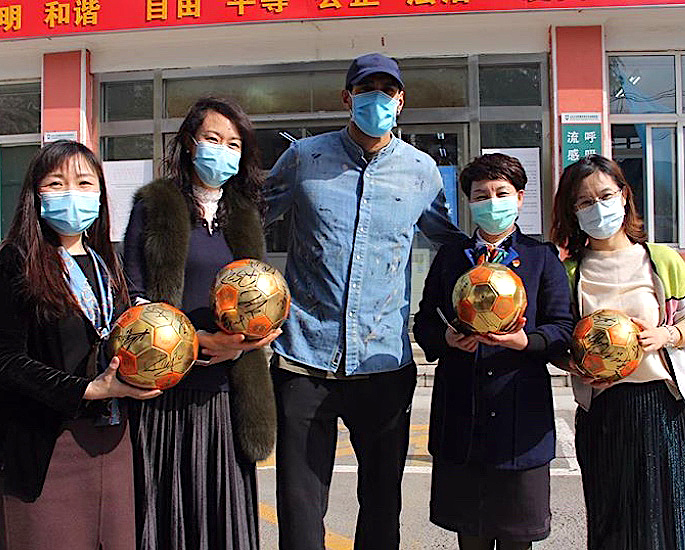 How are players mentally coping and what schemes are available to them?

Clubs are offering support as professional footballers reporting symptoms of depression has doubled since the lockdown.

Footballers are having to cope with social isolation, a suspension of their working lives and doubts about their future.

“Some may not be well equipped to confront these changes.”

We encourage them to seek help from a person they trust or a mental health professional.

There are concerns over boredom and isolation having a psychological impact on footballers during the coronavirus lockdown.

There are fears the lockdown situation could be compounded by family concerns and money troubles. This particularly relates to players further down the English football pyramid who have been furloughed or had wages deferred or cut.

However, Premier League clubs are in talks with players to take up to a 30% cut made up of conditional reductions and deferral of salary.

Premier League is reportedly putting contingency plans in place in the event of the 2019-20 season being cancelled because of COVID-19. This includes perhaps leaders Liverpool being handed the trophy.

In an ideal world, the season will be finished in the summer with promotion and relegation spots decided. If not there could be all kinds of legal action and lawsuits from teams with millions of pounds on the line.

However, the football season should be cancelled and nothing has happened since to change my mind. The measures being considered to have games back possibly in empty or neutral stadiums underlines how desperate it has become.

Given social-distancing measures and with deaths still numbering hundreds on a daily basis, it is not safe to resume the Premier League.

It is an unnecessary risk, to the health of players, club staff, officials, all of their families. It is also a risk to the general public, sections of which will no doubt congregate to watch matches.

“There are players who are going to go down with the illness who might not have recovered.”

They can catch it from someone and spread it to other players. It won’t be fair as it’s not a level playing field. I just don’t feel it’s right.

There would be “no guarantee” that Liverpool would be crowned Premier League champions if the current season was cut short.

It would be a devastating blow for the Anfield side who remain on course to lift their first-ever Premier League trophy – and the first league title in 30 years.

It is not now clear how relegation and promotion to and from the Premier League would work should the remainder of the season be cancelled.

There are also issues raised about qualification for the European and other domestic and international competitions. 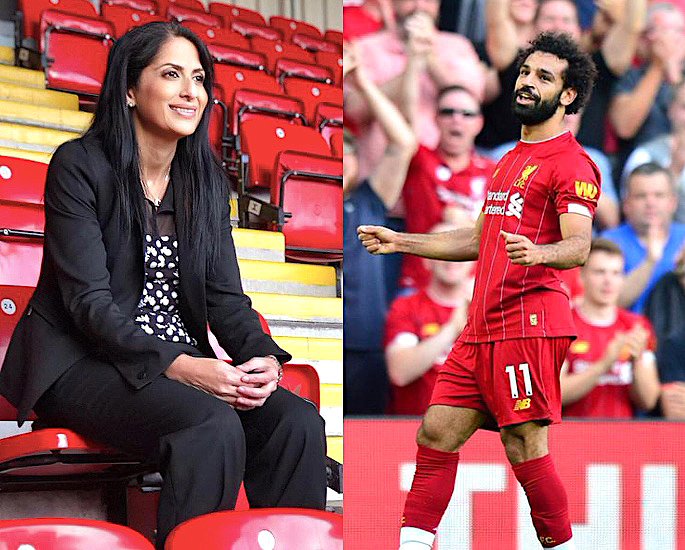 What does COVID-19 mean for players contracts?

The possibility that COVID-19 will force the end of the football season into June and likely beyond means a number of players contracts will naturally expire.

Clubs will be anxious about their ability to maintain the strength of their squads beyond 30 June 2020 where they have a number of players out of contract on 1 July 2020 and are unable to sign any new players.

Perhaps those players that had previously been identified as having no future at the club beyond 30 June may now be looked at in a different way.

Clubs cannot require players to extend their contracts nor vary them by deferring or reducing wages without agreement from the player. Unless an extension or new contract is agreed, the player will be a free agent on 1 July 2020.

FIFA cannot bind players to extend contracts nor require them to work beyond 30 June if their contracts would have ended on that date. Domestic law will always take precedence.

The key as always will be an agreement between individual clubs and players.

“This is likely to prove difficult in the current climate.”

“Unless that changes there will be around 1,400 players out of contract at the end of June. There will be a few who are likely to find a new employer.”

In my view most clubs particularly those in neither a promotion nor relegation battle will allow contracts to expire regardless.

Many players will no longer legally be contracted to their clubs past June 30. This is a common and convenient end-date for contracts just before the opening of the registration period.

Overall, it remains to be seen what will happen with transfers and player contracts. FIFA is working towards finding a solution alongside the various stakeholders within what is a legal minefield.

How will the Summer and January transfer windows be affected?

There is huge uncertainty over how the summer window which is due to open on July 1 and close on August 31 will comprise given the delay in competition owing to the coronavirus.

The football authorities are considering radical plans to have one prolonged transfer window.

This would run from the end of the current campaign until the end of January when the winter window would normally close next season.

Such a move would represent a throwback to pre-transfer window rules when clubs were allowed to trade all year round.

Delaying the transfer registration period until after the leagues conclude would ensure that clubs cannot simply buy in new players to improve their chances in the newly resumed competition.

Premier League is yet to make any announcement regarding the summer transfer window.

With the Premier League being suspended, it has also raised questions over how the summer transfer window might be affected, including players’ contracts that are due to expire. 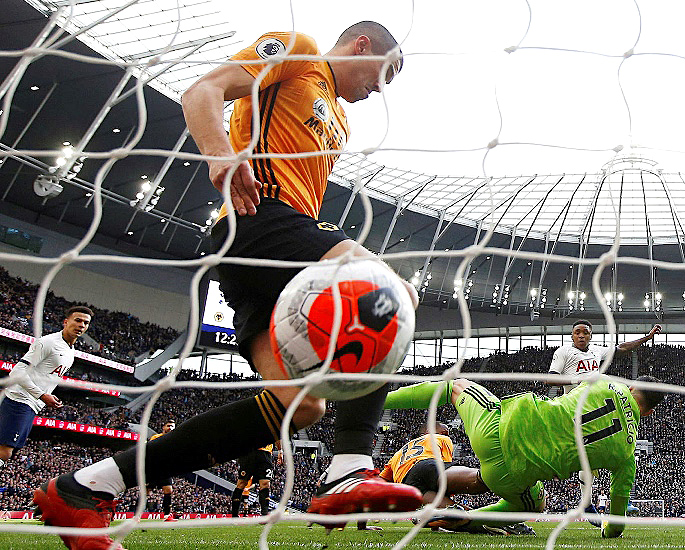 Where does Football go post-COVID-19?

The football world has gone dark. One thing that may never be the same again is the level of appreciation for the sport.

For many people, it consumes their lives, be it by supporting their local team every Saturday or by going to the pub and watching matches with friends.

The emotions that football can instil will surely no longer be taken for granted. Personally, I have dearly missed the atmosphere of supporting my football club.

When football does return, at least in the short-term it will not be the same. Fans will make the most of every chance to support their favourite teams and athletes.

There may be a light at the end of the tunnel for football and it may return to normal one day. It will take an almighty effort to make up for the earnings lost. Though it is definitely possible that football clubs and players can recover.

All the money football gets, from sponsorship and broadcasting, is in danger of a huge decline. That means broadcasting rights, sponsors, the lot. Wages will drop and the ridiculously high contracts players are on will end.

“Football will be different when we come back.”

Football is not going to cure coronavirus, but maybe coronavirus will prompt football to finally cure itself.

As a respected lawyer agent, Shehneela is closely monitoring the impact of COVID-19 on football. Shehneela Ahmed continues to advise clubs, along with players and non-playing staff that she represents and works with.

Like with other sports, hopefully, FIFA and other key stakeholders can drive football in a positive direction once the dust of COVID-19 settles in.