Ahmed Khan is an exciting upcoming artist. He speaks exclusively to DESIblitz about his song ‘Queen’, his music journey and future aspirations.

"My dream is to be the first mainstream artist from Belgium"

Ahmed Khan is a young and talented independent Punjabi singer originating from Belgium.

Initially starting his music career as a songwriter and producer, he has written songs for well-known Punjabi artists.

Ahmed eventually went onto pursue his own career in music. His music involves specialising in the Urban Punjabi genre whilst blending in western beats making him a unique musician.

His use of English mixed with Punjabi lyrics shows his versatility in his songs. The release of his single ‘Queen’, pays homage to females.

The music video, as well as the lyrics, embodies the style and beauty of women and touches on themes of modern-day power couples.

An avid listener of trending artists such as Jasmine Sandlas, Ahmed is also influenced by classical sounds. Nusrat Fateh Ali Khan was an integral part of his musical interest during his childhood.

DESIblitz had an exclusive interaction with Ahmed Khan about ‘Queen’ (2020), the music industry and future hopes. 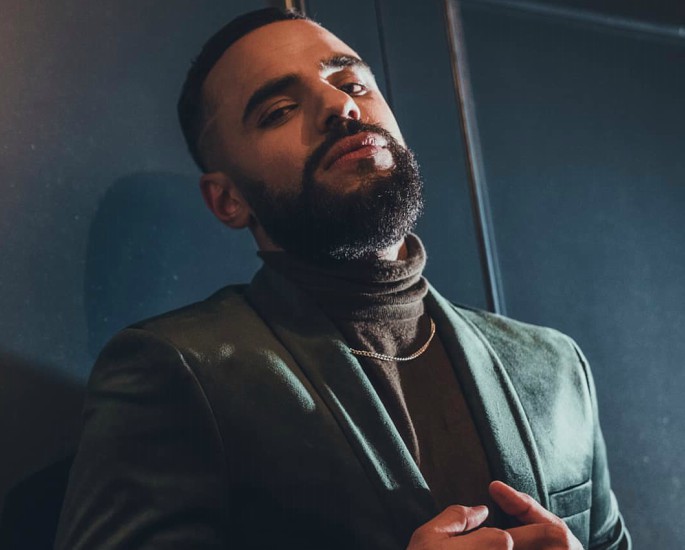 What Got You Into Music and How Did You Break Into the Industry?

I used to spend a lot of time at one of my friends’ home studios at a very early age.

We would usually record ourselves on random beats online and that was starting to build my initial interest in music.

I definitely fell in love with the whole process of making music. It was a big factor in allowing me to develop my songwriting and production skills.

Also, back in 2011, I met a producer by the name of Enco Rasimov. Through meeting him, we ended up building an amazing musical relationship together.

By pairing up with Enco, he really helped me find my real sound and develop my passion into a career in music.

I feel like the next few years will hopefully be key to establishing my name in the industry.

What Genre of Music Do You Consider Your Work to Be?

In terms of the genre of my music, I would like to label my music as Urban Punjabi.

It is quite unique to workaround, but it is the style I prefer in my music.

What Is Different About the Song Queen for You?

I feel like ‘Queen’ (2020) is somewhat one of the less different songs from my catalogue of music.

‘Queen’ (2020) was interestingly the last song recorded from my Love Affair album. With this particular track, I wanted to keep it very mainstream and relatable in its sound.

Also, I truly wanted to create a hard-hitting anthem with trap-like melodies and a big beat that would make everyone move. 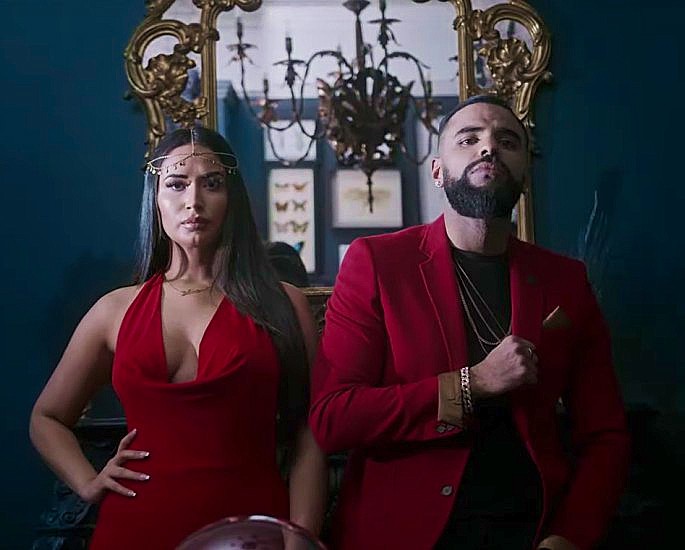 In Terms of the Music Video Queen, Could You Tell Us About the Concept of the Visuals?

Speaking of the music video, I wanted to embody the style and royalty found in modern-day power couples.

It is the reason as to why we chose to have such a colourful and classy visual for this song. Furthermore, I wanted to make ‘Queen’ (2020) as an anthem for the ladies.

Visually, the presence of an empowering female in the video was essential and key, when referring back to the lyrics.

I knew it would be relatable to a lot of people which is why it deserved an equally powerful music video.

This was because the song pays homage to their sassiness, style and beauty.

What Is Your View of the Music Scene Today?

I’m coming across more and more new artists and music every day which is great. It feels like the South Asian industry is definitely growing again, which is positive.

“Social media platforms such as Instagram and Youtube are definitely a great way to discover upcoming artists.”

I do hope for more platforms like these. It would certainly enable the listeners to find out about underrated new talent easily, especially the young South Asian acts.

Could You Explain Your Creative Process Behind the Song Queen?

The creative process is mainly inspired by the way my state of mind is. I feel like my mood directs the style of music I want to have for a certain song.

The track ‘Queen’ (2020) was certainly very reflective of the frame of mind I was in at the time.

I found myself feeling very upbeat and positive, which was really helpful for me making such a lively and hard-hitting song. 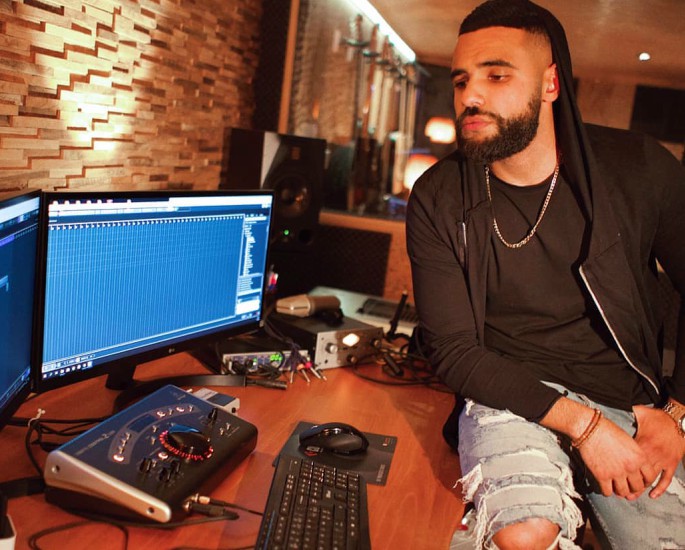 Who Are Your Biggest Musical Inspirations?

Going back to my early days, I was listening to a lot of rap music. Furthermore, I was a huge fan of Tupac Shakur between the 1980s to the 1990s.

With him being from the western scene, I took a strong liking to him and his music.

Also, his music considerably instilled the importance of impactful lyrics in me from a very young age.

More recently, I have become a very big fan of the Canadian music scene. There is certainly huge talent out there and countless unknown artists making amazing music.

Furthermore, Nusrat Fateh Ali Khan’s music was playing daily in my household back in my early days. I also fed off his work, and he really helped me develop my taste in music.

He was and always will be an inspiration, not just in music but also in life.

Which Desi Artist Do You Hope to Collaborate With in the Future?

If I was to collaborate with a Desi artist it would surely be Jasmine Sandlas. I really enjoy listening to her music in the South Asian scene.

In her work, she definitely has a very strong voice and is very popular amongst Asian audiences. She also has a great fusion between the mainstream and traditional Asian music.

“I would really love to collaborate if given the opportunity.”

What Is Your Favourite Song to Perform?

My personal favourite song to perform is ‘Birthday Boy’ (2019) from the Love Affair album.

With that particular song, I feel as though I managed to describe a personal experience of mine. I also feel like I managed to make it relatable to the listeners.

My songs which manage to capture the idea of ‘truth’ and at the same time rhyme and flow, are definitely my favourite ones.

My album has allowed me to really learn and understand where I shine to best in terms of music. I think ‘Queen’ (2020) also has to be at the top of my list as one of my favourite tracks. 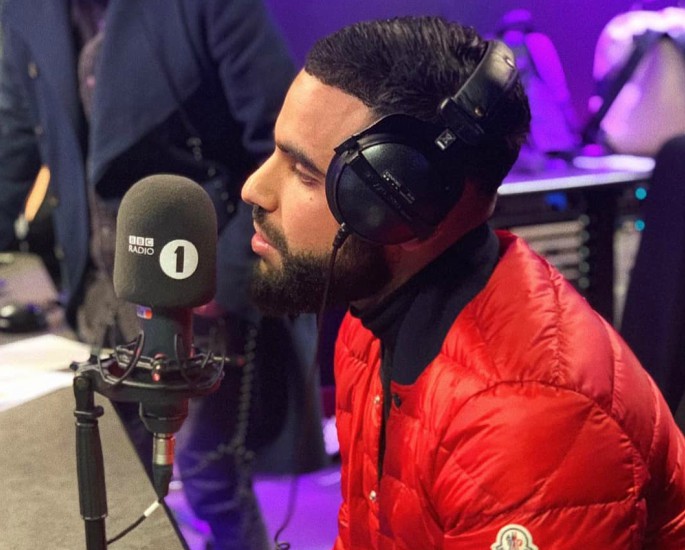 As of right now, I’m currently working on my live sessions which I will be releasing very soon.

The idea of this is to show a much more creative side to my music. I will also be capturing visuals by performing these live in different locations in my city.

This will really allow me to share a lot more music and more content on a regular basis with my fanbase. So I’m really excited about that!

What Are Your Future Aspirations in the Music Industry?

My dream is to be the first mainstream artist from Belgium to make a breakthrough in the South Asian industry.

“The motivation behind this is to really inspire others from my country to pursue music.”

With this, I want to show them that it is possible, and really give them a direction that I personally had difficulty finding.

Another ultimate goal would be to set up a platform which would allow upcoming talented musicians from Belgium, to be heard on a mainstream level.

What Is One Message You Would Like to Give to Your Fans?

To every single fan that has taken their time out to interact with me over these past few years, those that have DM me on Instagram liked or commented on my pictures, or reached out in any kind of way.

Firstly, I really want to say thank you for giving me your attention and for the continued support.

I promise to not let you down. I will continue to keep on improving, learning, and giving you the best music that I possibly can.

Ahmed’s music continues to grow and has already been playlisted on major platforms.

These include the BBC Asian Network, and on renowned global Bollywood TV channels like B4U Music.

Ahmed’s early body of work shows a promising career and highlights the possibility of being the first established mainstream artist from Belgium.

Be sure to look out for upcoming music by Ahmed Khan here.

Ajay is a media graduate that has a keen eye for Film, TV & Journalism. He likes playing sport, and enjoys listening to Bhangra and Hip Hop. His motto is "Life isn't about finding yourself. Life is about creating yourself."
Singer Benny Dhaliwal allegedly Shot in His Own House
Stage Collapses at Pakistan Music Festival & Women Groped