Former Pakistani cricketer Abdul Razzaq is reportedly set to tie the knot with Indian actress Tamannaah Bhatia. Could this be another cross-border romance?

"I will announce it to the world myself"

The former cricketer turned coach has enjoyed a successful career and has played in all formats of the sport.

The actress made her Bollywood debut in the 2005 film, Chand Sa Roshan Chehra.

Could the duo be the next Sania Mirza and Shoaib Malik?

Rumours of the alleged couple came to light after pictures of Abdul and Tamannaah shopping together went viral online. 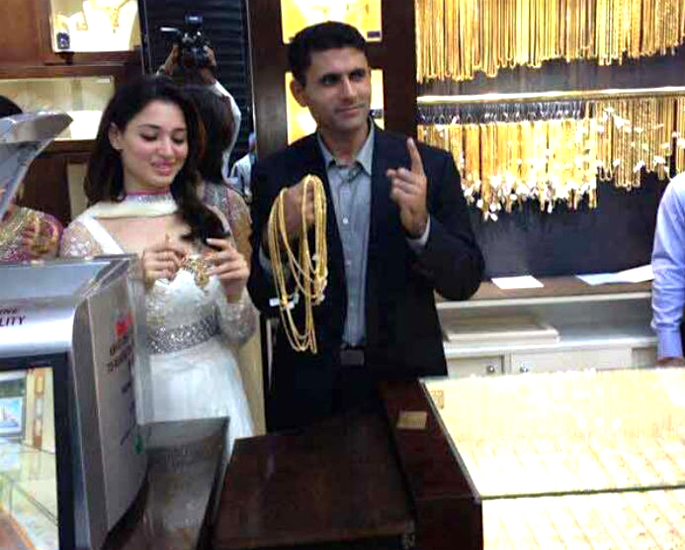 What started as dating rumours quickly turned to speculations of the pair getting married.

However, Tamannah has spoken out and rejected all the reports regarding her rumoured relationship with the former cricketer.

The actress, who was also linked to a US-based doctor, said:

“One day it’s an actor, another day it’s a cricketer and now it’s a doctor. These rumours make it sound like I’m on a husband shopping spree.

“While I love the idea of being in love, I don’t appreciate baseless news when it comes to my personal life.

“I am happily single at the moment and my parents aren’t groom hunting.”

Tamannaah Bhatia also questioned where these baseless rumours arise from. She said:

“The only thing I’m romancing right now is my cinematic endeavours. I wonder where these speculations constantly crop up from when all I’m doing is shooting.

“The day I decide on going down that road, I will announce it to the world myself because the institute is consecrated, it’s not as casual as the numerous speculations being floated.”

In fact, it appears these pictures were taken in Dubai in 2007. The duo was invited as guests for an event.

As a result of these pictures resurfacing, numerous rumours have been circulating online about their reported wedding.

However, the actress is not in Dubai and is, in fact, quarantining at home, following strict social distancing guidelines.

On the work front, Tamannaah Bhatia will star in the upcoming film, Bole Chudiyan opposite Nawazuddin Siddiqui. This film will also mark the directorial debut of Shamas Nawab Siddiqui.

It appears there will be no cross-the-border romance between Abdul and Tamannaah.

Ayesha is an English graduate with an aesthetic eye. Her fascination lies in sports, fashion and beauty. Also, she does not shy away from controversial subjects. Her motto is: “no two days are the same, that is what makes life worth living.”
Mohammed Nisar talks Beating COVID-19 & Snooker Academy
Shehneela Ahmed talks COVID-19 Impact on Football