Tennis superstar Sania Mirza has candidly spoken about her upcoming biopic film and how “everybody loves champions”. Let’s find out more.

Indian tennis star Sania Mirza has revealed she is excited to bring her inspiring journey to the big screen in an upcoming biopic film.

Sania has accomplished a lot throughout her tremendous ongoing career from six Grand Slam titles to being No.1 in the doubles discipline.

The tennis ace is also the only Indian female player to have won a Grand Slam title in doubles.

In 2019, Sania announced that Ronnie Screwala’s production house, RSVP Movies has bought the rights to her biopic.

According to a report in Deccan Chronicle, several clauses were discussed before Sania signed the contract. The source said:

“There were a few clauses in the agreement which were discussed in detail.

“These were clauses that took a while for Sania to sign but eventually the deal was sealed and the makers have now issued a public notice regarding the same.” 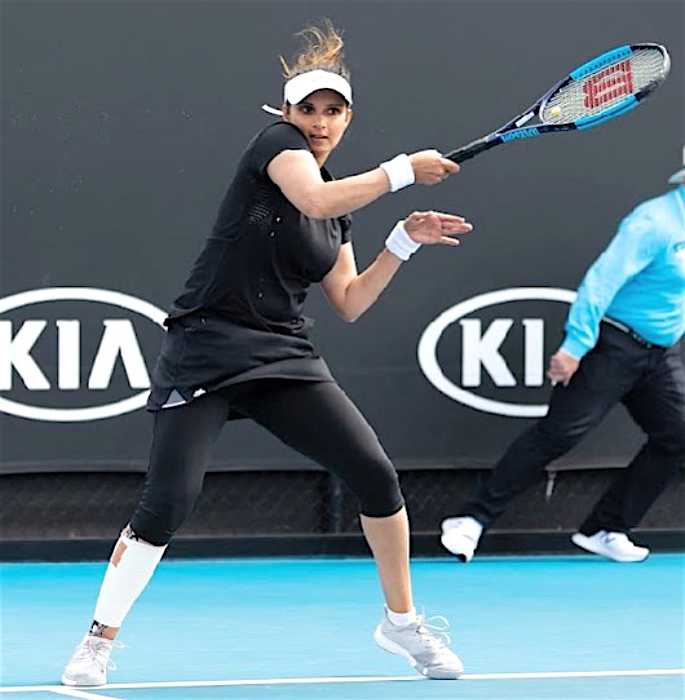 Recently, Sania Mirza was in Mumbai to attend meetings with the directors of the upcoming biopic.

According to an interaction with Deccan Herald, Sania Mirza revealed:

“I’ve had some meetings with directors and that’s why I was in Mumbai … it’s still in the initial stages.”

Sania continued to mention that she has always lived life on her terms and is excited to see people’s reaction to the film. She said:

“Anybody who has followed my career, they know that I wear my heart on my sleeves.

Sania Mirza went on to state that the lives of athletes are relatable to audiences. She explained:

“The hard work that goes into the making of an athlete a lot of people can relate to it in different ways.

“We all work hard but when you play a sport you can actually work through sweat and blood. Everybody loves champions.

“Also, a lot of sports personalities, including me, come from a humble background.”

“From having almost nothing to going into becoming huge champions and representing our country, our lives are very relatable.”

There is no doubt Sania Mirza is a truly inspirational figure in the sport and personal life.

We look forward to viewing Sania Mirza’s life through a cinematic lens.