Sania Mirza, a two times grand slam champion in the mixed doubles is all set to establish a tennis academy in Hyderabad Deccan. Sania wants to provide an affordable platform for young aspiring tennis players.

"We want to make it affordable for them"

India’s number one tennis player Sania Mirza, who’s had a wonderful season on the court, is to open a tennis academy in her hometown Hyderabad. The aim of this academy is to encourage youngsters at the grassroots level, providing quality training by former players and high performance coaches.

The academy currently being built on a four-acre land is due for completion sometime in March 2013. The facilities will consist of nine hard courts to begin with. There are provisions in the planning for a further nine hard courts along with three clay courts. 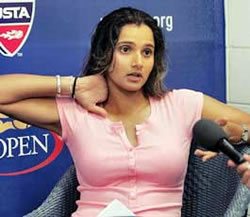 “Hopefully, if not in the next 5 years, may be in 10 years, 12 years, we will have players coming out of that academy.”

Sania’s father and former journalist Imran Mirza is writing a book to celebrate his daughter’s successful tennis journey. On this occasion he told journalists that effort is being made to bring in sponsorship to aid trainees at the academy.

“We want to make it affordable for them,” he said. 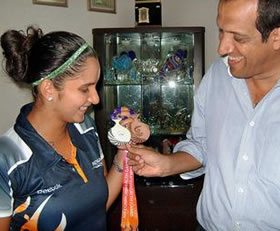 This is a great initiative especially for those with little money because participation in tennis is low and affordable facilities are limited in India.

This academy will be the second of its kind in South India. You know what they say, the more the merrier. A few years back, Mahesh Bhupathi, a former mixed doubles partner of Sania had opened an academy in Bangalore.

An ecstatic Sania talking of this season and her performances said, “it’s been a great year for me.”

As tennis players you are never satisfied. We are greedy as players, always want better result. I played six finals, won a Grand Slam and made the final of China open which is the biggest tournament after the Slam. So, it’s been a great year,” she added.

Currently ranked number 7 in the WTA doubles ranking, Sania will be hoping to break into the top 3 for the new season with a new partner.

Sania’s 2012 season in the women’s doubles did not go as smooth as she had hoped for. The season got off to a flyer as she reached the semi finals of the Australian open with Russian partner Elena Vesnina. But after that everything went pear shaped. For various reasons, she had to play alongside other doubles partners at the Grand Slams. At the French and US open she partnered American Bethanie Mattek Sands, failing to go beyond the 1st and 3rd respectively.

Known for her lethal forehand in the women’s singles, once again Sania is tempted to play in this format of the game. Therefore she has yet to finalise her choice of doubles partners ahead of the 2013 season.

“It depends whether I play singles or not. Things will be clear when I stop and take some time off. I am talking to a few players. Still a couple months away. At Moscow, we will sit down and with a clear mind take a decision,” she said. 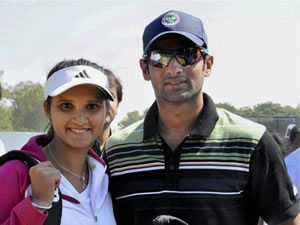 There have been constant rumours that in the mixed doubles Sania will be pairing with one of the great Bryan brothers from the USA. When asked about this, she refused to rule out anybody at this stage.

Sania who is married to former Pakistani cricket captain Shoaib Malik, has also denied that the pair would be appearing in the reality dance show ‘Nach Baliye’

In a bid to get further ranking points, Sania decided to participate in the Kremlin Cup alongside Spanish player, Nuria Llagostera Vives. She arrived in Moscow to play in her last WTA event of the season.

While Sania looks ahead to the next season, many of her fans eagerly await the completion of this new tennis academy, which will attract many youngsters all over India. The idea of nourishing talented individuals into something concrete, will ensure a brighter future for Indian tennis.

In addition to this, by providing affordable tennis facilities and activities, Sania aims to contribute something back to the sport that has given her worldwide recognition and success.

Faisal has creative experience in the fusion of media and communication and research which increase awareness of global issues in post-conflict, emerging and democratic societies. His life motto is: "persevere, for success is near..."
West Indies lift 2012 T20 World Cup
Vettel winner of 2012 India Formula One