Former ‘Love Island’ contestant Shannon Singh has slammed the 2021 lineup of male stars, saying she would “spit them out for breakfast”.

"I don't know what they've done with the lineup"

Shannon Singh has spoken out against her Love Island male contestants, admitting that she would not date any of them.

The Scot was sensationally kicked off the reality show just two days in.

Since then, the former glamour model has been discussing the villa drama and has now admitted that she would not date any of the guys.

Shannon said: “All the boys in there now are not men.

“They are boys. I don’t know what they’ve done with the lineup this year!

“When Liam had just come in, Liam’s beautiful and he looks like a man, but that is like trying to get blood out of a stone, unfortunately.

“The conversation is just so dead. So probably I would just be going in and making a wee friendship.

“I’d be with Hugo and I would just prance about and just have fun with it.

“But in terms of dating them all, oh my God no. No danger.

“I’d eat them up and spit them out for breakfast.”

On her experience, Shannon believes she was “a bit too strong-headed” for the villa.

Shannon Singh also criticised the makers for keeping new contestant Danny Bibby on the show despite his previous use of a racial slur.

She admitted that she was confused by the decision made by the show’s bosses.

It comes after an old tweet from Danny began re-circulating, in which he used the N-word while referring to his friends. 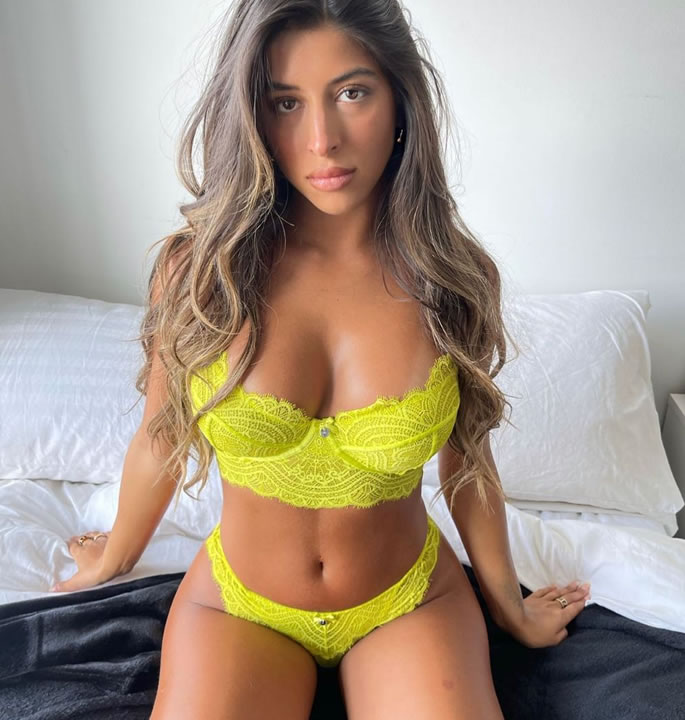 Shannon said: “The interesting thing is that there is a tweet that went viral that said, ‘The producers really kicked Shannon out in less than 24 hours for entertainment but can’t kick out the man who used a racist slur, ok’ and I think they have a point.

“Honestly I don’t know what’s going on with it this year.”

In a statement from inside the villa, Danny said:

“I’d like to take the time to apologise to anyone that may have taken offence to my inappropriate remark.

“I never meant anything malicious by this comment at all.

“I am not a racist person and it’s unacceptable language and ignorant.

“I meant no offence and feel like I have really learnt from my mistakes and will never use that word again.”

Shannon Singh became the first contestant to be eliminated from the show, angering fans.

However, fans have been speculating that she will return to the show.

Shannon has been endlessly questioned on the matter and has left the door open.

“Who knows? We’re going to leave it as a little teaser. Who actually knows.”

Dhiren is a journalism graduate with a passion for gaming, watching films and sports. He also enjoys cooking from time to time. His motto is to “Live life one day at a time.”
Shilpa Shetty shares Cryptic Post after Husband’s Arrest
Jacqueline Fernandez stuns as She Poses in a Towel