The 2016 Shandur Polo Festival will see top teams from Gilgit-Baltistan and Chitral compete against each other on the Roof of the World. DESIblitz previews.

"Shandur is a dichotomy for me where the wild polo horses shatter the tranquility of the players."

The famous three-day Shandur Polo Festival will be held in Pakistan from 29 to 31 July 2016.

The highlight of the festival, features polo games played between arch-rival teams of Chitral and Gilgit-Baltistan.

The Shandur Top, located in the Ghizer district of Gilgit-Baltistan will host the matches.

According to Tourism Corporation Khyber Pakhtunkhwa (TCKP), this years festival will be even more spectacular.

In 2015, the festival could not take place due to heavy floods. And this years tournament was rescheduled because of Eid.

The lonely windswept passes of Karakoram and Hindu Kush have observed the great game of polo since the early nineteenth century.

The tournament of shadows traces it’s roots to the espionage games played by the British and Russians in the race for empire expansion.

Known as the ‘Great Game of Kings’, polo was played by the locals in these passes at the same time. And that too with the utmost passion and without any rules. 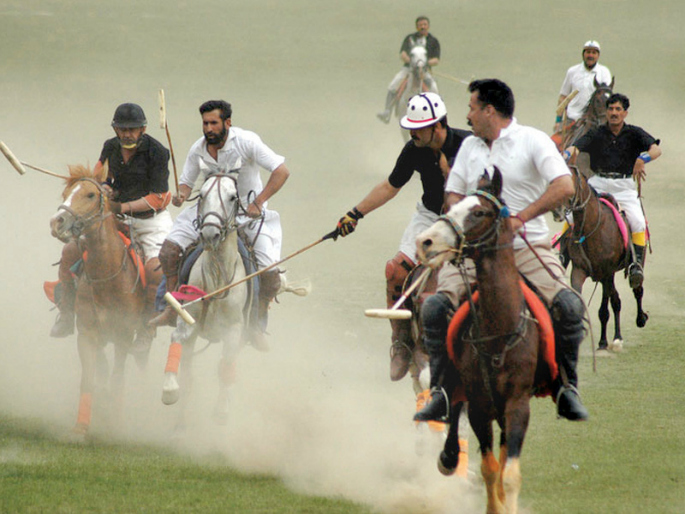 From history to present times, polo in its real form has been played at the King of all polo fields, Shandur Top.

Often referred to as the Roof of the World, this is the highest elevated (12,500 feet) polo ground in the world.

For many years now the Shandur Polo Festival has been contested as an international polo tournament.

This is an annual polo competition where people and mountain meet to witness the arch-rivals Gilgit-Baltistan and Chitral battle it out.

“Shandur is a dichotomy for me where the wild polo horses shatter the tranquility of the players. And which introduces me to a new peace.”

Watch this special documentary titled – POLO on top of the WORLD: 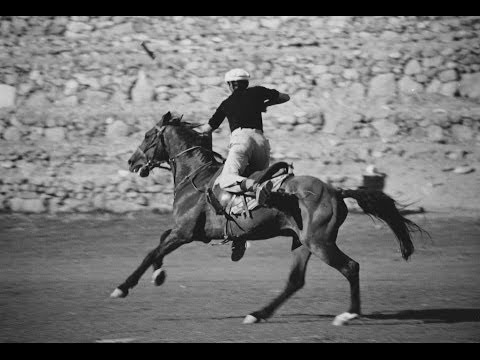 Normally Badakhshi and Punjabi breed of horses are used to play polo at high altitudes in Northern Pakistan.

Punjabi horses are more intelligent, whilst Badakhshi horses have more stamina. The best polo horses for Shandur 2016 will be the ones that acclimatise best.

These horses will be taken care of and transferred to Shandur a few days ahead of the festival. They will also be given practice runs between the matches.

Tourists and polo enthusiasts from all over the globe will flock together for the three-day polo festival.

The Shandur Pass will not only provide the setting for a lifetime polo game, but also connect the regions of Chitral and Gilgit-Baltistan.

Tajamal Shah, a polo enthusiast said: “I found Shandur to be a place where hospitality, adventure and tranquility all come together.”

Against the uncertainties of elevated peaks, severe weather conditions, and a lack of basic facilities, people will arrive at Shandur in high spirits.

Though it can take 4-7 days to reach Shandur from some parts of Gilgit-Baltistan, some people will ride their horse to the destination.

Upon arrival, people will set up their camps, temporary kitchens, shops and stalls for the festival.

The once deserted Shandur Pass will turn into a strolling metropolis of tents occupied by the polo residents.

The jubilant fans will take to the polo fields to settle down for the matches amidst the beat of the drums and dance performances.

The temporary tent village will become the hub of activity and games during the interval between matches.

The festival also provides a great opportunity for the natives from nearby villages to shop at the highly elevated bazaar. 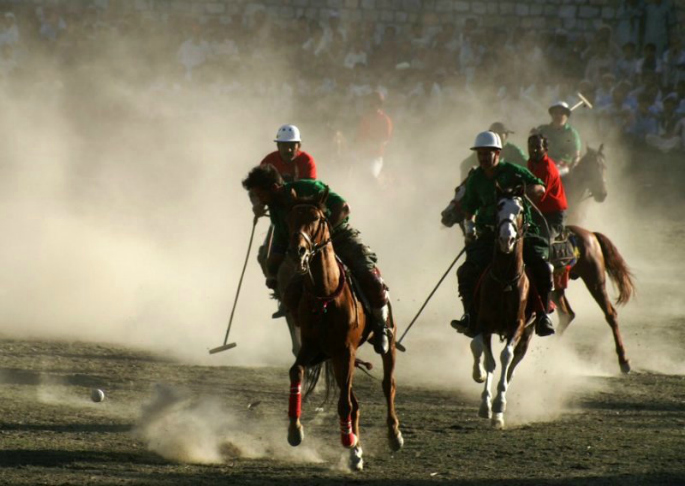 The festival offers most people a great prospect for camping and enjoying the alpine beauty of the rocky Shandur pass.

Adventurer Raza Zulfikar said: “People who like camping, this is the place for them.”

For those who want to experience the wonderful views, paragliding is another option.

As the spirit of Shandur prevails, everyone will work hard to make the festival a huge success. Local dance and music performances will add more flavour and fuel to the fire of festivities at night.

On the day of the big match, players of both teams will aim to strategise and prepare, before heading for the ground.

The grand finale will be watched by many spectators, anxiously supporting their respective teams on the polo field. Bands will also perform, prior to the start of the game.

Distinguished guests are expected to arrive with their entourage to watch this nail biting game.

The festival once again will act as a positive mechanism of promoting Pakistan tourism and its natural beauty, as Shandur is one of the most beautiful place in the world.

It remains to be seen who will proudly win the Shandur polo trophy for 2016. In 2014, the Chitral Police team were crowned champions of the festival.

Inspired by the brave men and horses, fans can expect a thrilling 2016 Shandur Polo Festival. May the best team win!

Faisal has creative experience in the fusion of media and communication and research which increase awareness of global issues in post-conflict, emerging and democratic societies. His life motto is: "persevere, for success is near..."
Portugal win Euro 2016 Final
Deepika Padukone is Smashingly Hot in Nike Ad