Actor Sanjay Dutt has been undergoing treatment for cancer and has lost weight, however, a picture showing the effects has shocked fans.

"Praying for your health baba. Get well soon."

A picture of Sanjay Dutt which is circulating on social media has shocked his fans.

The Bollywood star has been undergoing chemotherapy to treat lung cancer.

The effects of his treatment were revealed after a picture of the actor with a fan went viral on social media.

Sanjay took the time to have a picture with the fan and was seen wearing a light blue polo shirt and dark blue jeans. However, he looks visibly thinner as a result of the weight loss that comes with chemotherapy.

It has been reported that the 61-year-old has lost 20 kilograms over the past two months.

After the picture went viral, fans expressed their concern and wished Sanjay a speedy recovery.

One user posted: “Praying for your health baba. Get well soon.”

Sanjay Dutt was diagnosed with Stage 3 lung cancer in August 2020. He was admitted to Lilavati Hospital on August 8 after complaining of breathlessness.

After he was discharged from hospital, he announced on August 11 that he would be taking a “short break” from work because of medical treatment.

On August 18, as he left for the hospital, Sanjay reportedly told the paparazzi outside his home: “Pray for me.”

Since his announcement, Sanjay has been seen on several occasions visiting Kokilaben Hospital in Mumbai.

In a statement, his wife Maanayata Dutt said:

“Sanju will complete his preliminary treatment in Mumbai. We will formulate further plans of travel depending on how and when the Covid situation eases.

“As of now, Sanju is in the best hands of our esteemed doctors at Kokilaben hospital.”

Without revealing it was cancer, she said their family was “shaken up” but “determined to fight tooth and nail”.

On September 8, 2020, Maanayata took to Instagram and dedicated an emotional post to her husband, telling him to stay strong.

“We have to fight through some bad days to earn the best days of our lives!! Never quit!!” 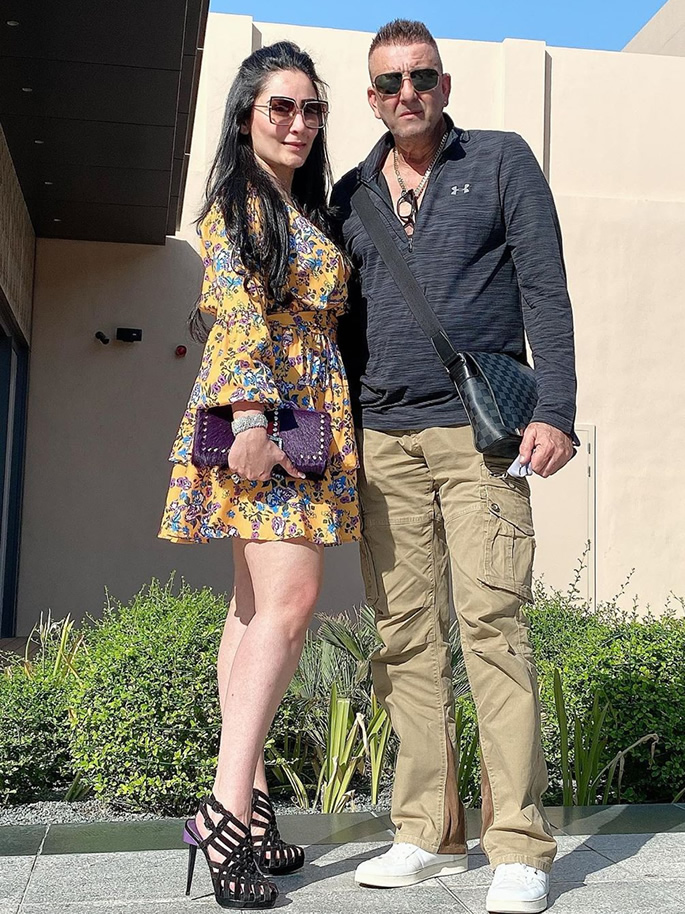 She also posted another picture of her with Sanjay and wrote:

“And how do you survive what you have been given to bear. You keep putting one foot in front of the other and you keep walking… walking together in life.”

Prior to his break from work, Sanjay had been filming Shamshera in Mumbai.