"dropping someone in a week before the final is tokenism"

Following the unveiling of the new cast for the 2023 series of Love Island, former contestant Priya Gopaldas has criticised the show’s lack of diversity.

The medical student, who appeared on the 2021 series, questioned representation on the reality dating show.

Taking to Instagram, the 25-year-old posted a picture of the newest batch of contestants and wrote:

“Love Island, where is the South Asian representation?

“P.S. dropping someone in a week before the final is tokenism, it doesn’t count.”

Priya’s comment was in reference to her own time on the show, where she only lasted a week in the villa after being dropped in as a contestant towards the end of the series. 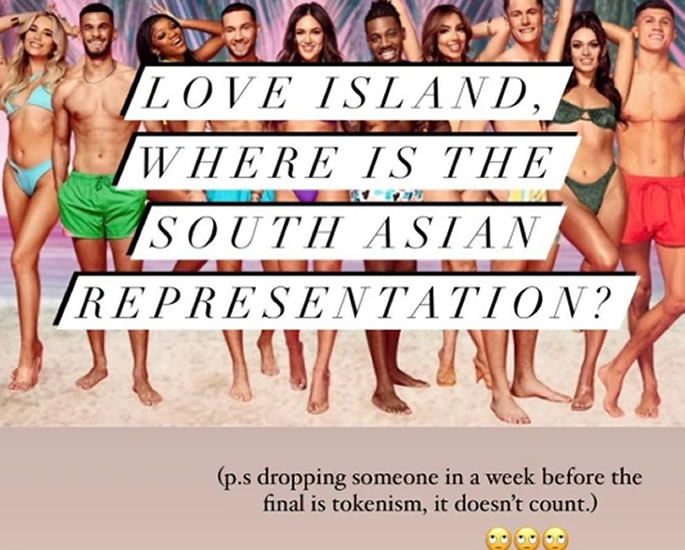 In another Instagram Story, Priya included Census 2021 data and said:

“It’s impossible to represent every ethnicity.

“Asians make up the 2nd highest proportion of the UK population so should be represented appropriately.” 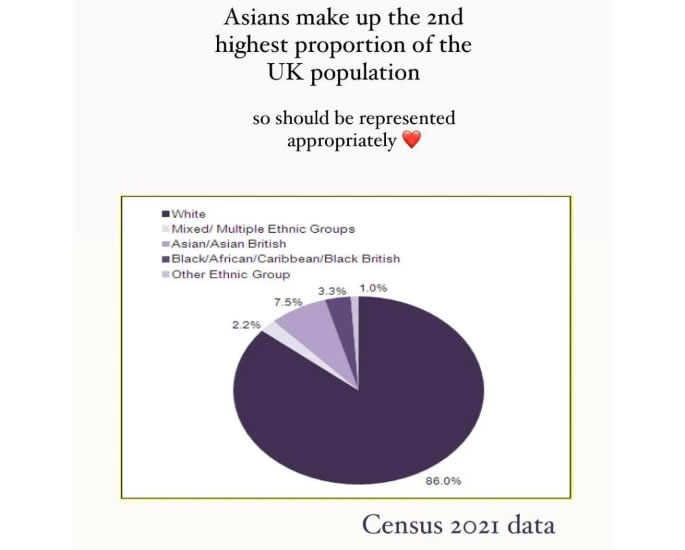 “I believe this would encourage young girls to aspire to be their natural selves.”

Her latest comments echo those made by fellow contestant Sharron Gaffka, who said she believed she was “scapegoated” to tick a diversity box.

Sharron was also a contestant on the 2021 series, however, she claimed she and other islanders such as Shannon Singh, Priya, and AJ Bunker, were not given “an equal chance” due to their race.

Speaking on the Secure the Insecure podcast, Sharron said:

“I feel like Asian women were taken as a token or a tick box in this series.

“I felt like I was scapegoated for a tick box 95 per cent of the time I was in the villa.”

“It was so nice to have me and another Asian contestant, Shannon, there for the first couple of days but she was booted off within 24 hours and then AJ, I don’t know how long AJ was in there for but Priya wasn’t in there for very long either.

“I don’t feel like any of us were given an equal chance at anything.

“It’s all well and good having a diverse line-up but if there isn’t diversity in what people find attractive then you’ve completely missed the mark and kind of wasted everyone’s time.”

Dhiren is a journalism graduate with a passion for gaming, watching films and sports. He also enjoys cooking from time to time. His motto is to “Live life one day at a time.”
Harry Mahmood shares Life after The Apprentice
Are SRK & John Abraham in a Feud?