Priya Gopaldas hits back at Troll who Body-Shamed Her

Former ‘Love Island’ contestant Priya Gopaldas has hit back at a cruel troll who body-shamed the 23-year-old.

"instead of body-shaming, we should try to stay kind."

Priya Gopaldas has hit back at a body-shaming troll who said she is “disgusting to look at”.

The 23-year-old medical student told the user to think about how “damaging” the remarks about her appearance could be to “a woman’s confidence”.

The user, named Kiara, had told Priya that she is “all bones and no flesh” and claimed no one finds her attractive.

The former Love Island contestant was also called a “stupid Tory b****” by the user, in reference to Priya’s political stance.

In response, Priya said she “loves” her body and called for women to support women.

“As women, we should support each other and instead of body-shaming, we should try to stay kind.

“I love my body because it allows me to run far and be strong.

“Sometimes criticism like that can be damaging to a woman’s confidence and make them feel like they need to change themselves with surgery or by eating badly when actually we’re all uniquely beautiful.”

Priya Gopaldas added: “Hope you have an insightful bank holiday.” 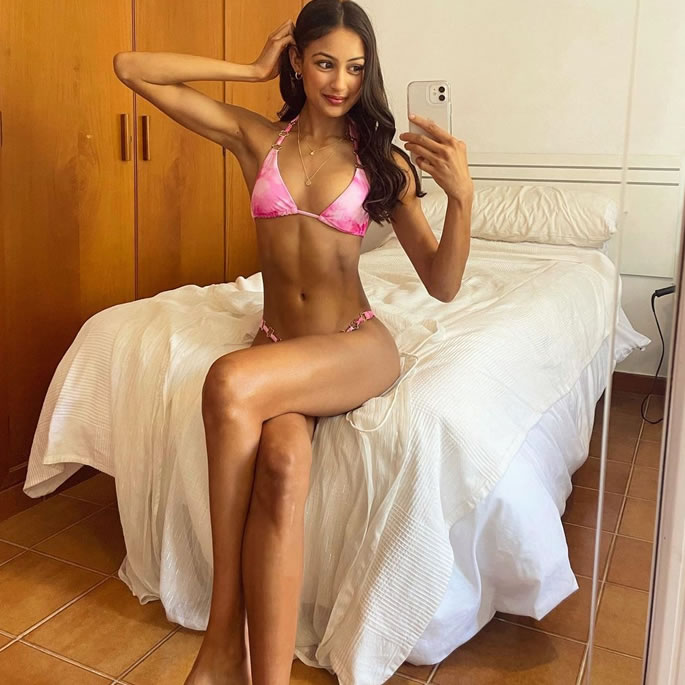 It comes after Love Island bosses issued a warning, urging viewers to “think before they post” about contestants on social media in a bid to crackdown on trolling.

The ITV2 show is immensely popular, however, it has seen numerous contestants suffer vile trolling over the years.

The 2021 series saw Chloe Burrows receive death threats after her decision on the show led to Shannon Singh being dumped after just two days.

This prompted bosses to issue a statement.

“We want Love Island to be a positive experience for all our cast and their friends and family members.

“We take these matters extremely seriously and will support cast members and their families in reporting such posts.

“We would once again urge all of our viewers to think before posting, and remember that our Islanders are people with feelings.”

Shannon also revealed that she was trolled about her appearance while discussing her campaign #ilovemine.

She said: “I’ve had loads of people asking me why I am promoting a campaign like this ‘looking the way I do’.

“But of course I have insecurities of my own.

“The amount of people who have made comments about my teeth has been really sad.”

“People have told me I have ‘shark teeth’ and that I need to get veneers.

“I’ve been approached by loads of cosmetic brands offering to help with my teeth but I am being stubborn.

“If I take them up on the offer I am giving in to my trolls, I want to embrace my teeth or else I am defeating the purpose of my campaign.”

Dhiren is a journalism graduate with a passion for gaming, watching films and sports. He also enjoys cooking from time to time. His motto is to “Live life one day at a time.”
Shilpa Shetty to plan Separate Life from Raj Kundra?
Jacqueline Fernandez questioned in Money Laundering Case