Writer and publisher, Preethi Nair, spoke to DESIblitz about her transition into publishing and her mission to represent the underrepresented.

"I love the freedom to make my own decisions"

Writer and publisher, Preethi Nair, has created a new publishing company, Kiss The Frog Press, which aims to tackle the lack of diversity in literature.

Specifically focusing on children’s stories, the talented author wants her books to represent the underrepresented.

Preethi Nair, who was a part of DESIblitz’s 2021 Literature Festival, is incredibly familiar with the lack of South Asians and other minorities within the arts.

The creative guru admits she failed to see characters who looked like her in books and other artistic mediums.

However, Preethi used this as motivation to create a wider array of novels that encompassed the cultures that we see in society.

Her stunning novel, Gypsy Masala (2000), was published by Preethi Nair herself under the alias, ‘Pru’, after numerous rejections.

The iconic writer used this alter-ego to promote the novel, which grabbed the attention of the publishing powerhouse, HarperCollins.

Signing a three-book deal, Preethi was taking the literary world by storm. This was reinforced when she won the ‘Asian Women of Achievement Award’ in 2002.

Within the same year, ‘Pru’ was shortlisted for ‘Publicist of the Year,’ highlighting Preethi’s impressive skillset.

In addition, the author subsequently wrote One Hundred Shades of White (2004) and The Colour of Love/Beyond Indigo (2004).

Both novels are evocative of South Asian culture and put relatable, exciting, and vibrant characters at the forefront. Furthermore, Preethi Nair wants to transcend these elements into children’s stories.

She will confront the lack of cultural names, places, and events with her first series, titled Monster Life Lessons.

The sequence of stories will pride itself on displaying more ethnic people, which symbolise the kids who read them. Additionally, they will provide key life lessons, which are not taught in school.

The first book in the collection is Anjali’s Story. An adventure of a young South Asian girl who decides to start up her own mini business.

The tale will not only include a Desi protagonist but will also introduce young readers to the world of entrepreneurship.

What inspired you to get into writing? 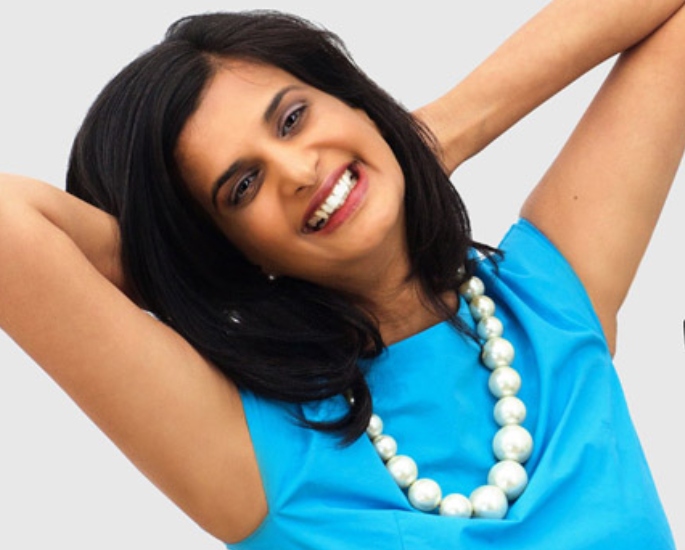 Ever since I can remember, I have always written. Writing was the best way I could express myself and make sense of my world.

I can’t remember a time that I have not written and in my late twenties, I decided to make the leap and do it professionally.

I think the decision to leave a “stable” career was motivated by the fact that at the time, I was writing a book – Gypsy Masala – about following your dreams.

Perhaps I was writing this book for myself and I thought – ‘If not now, then when?’.

What challenges have you faced as a South Asian writer?

Not sure the challenges were because I was a South Asian writer as all writers face challenges but mine like many others was a stream of rejection.

I wrote my first novel Gypsy Masala and got rejected by most publishers.

So I set up my own publishing and PR company, promoted it under an alias alter-ego (Pru), got it into the book charts, and sold it off to HarperCollins as part of a 3 book deal.

This was all whilst putting on a suit and pretending to go to work.

My alter-ego, Pru, was short-listed as ‘Publicist of the Year’ and I won ‘Young Achiever’ for the Asian Women of Achievement Awards.

“When I signed with HarperCollins there was a lack of understanding around diversity.”

One of the books had a cover that did not indicate that the main character was Asian. There was little I could do about this.

Hopefully, this is changing but it was quite demoralising as a writer – having work that took years in producing have a cover that did not reflect the content of the book.

I went on to write a one-woman show where the character was a 60-year-old Asian woman and I thought which West End theatre is going to want to put this on?

So I booked the theatre myself, trained for over a year, and performed it.

It is being adapted for television and have just adapted the play into my fourth novel, Sari: The Whole Five Yards.

I suppose what I am trying to say is as a writer, there are many obstacles and perhaps as a South Asian one, a few more, but I tend to focus on what can be done and not necessarily the limitations.

What differences did you see between being yourself and using an alter ego? 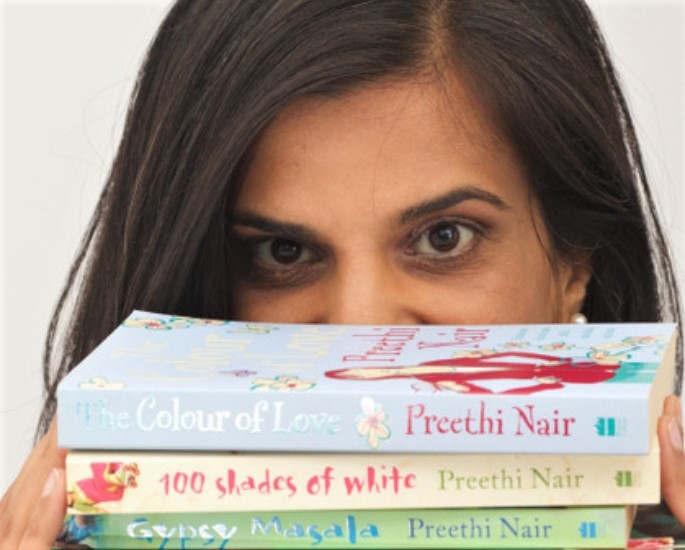 There was a huge difference between me and my alter-ego.

I am shy introverted and incredibly sensitive and my alter ego, Pru, was feisty, fearless of rejection, and loud – everything that I was not and perhaps wanted to be!

I was able to hide behind this alter-ego and perhaps do things that I wouldn’t ordinarily do.

As Pru, I used to gate crash publishing parties and speak to people to promote the novel.

What are the aims of Kiss The Frog Press and how will it make a difference?

It is to publish a series of children’s books called Monster Life Lessons (things not ordinarily taught at school).

The aims are that ALL children are able to see themselves as heroes of their story.

To know that the biggest superpower they have is being themselves and to know that with their wonderful imagination, anything is possible.

Every character on the front cover is from a diverse background and is a hero and not necessarily characters who we have been conditioned to think of as heroes.

“Only 6% of all children’s books have a diverse character as the main character or who is on the front cover.”

I want to increase this percentage. Children aged 7-11 from diverse backgrounds and children who don’t feel they fit into the mainstream will be the target audience.

As well as parents from all backgrounds who want to create a culture of inclusivity.

‘Monster Life Lessons’ will be the first series published – what will the books represent? 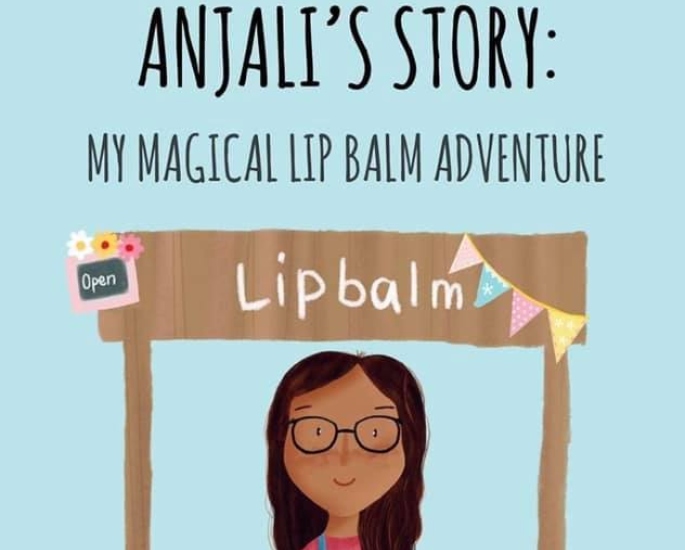 Lessons that are huge that are not necessarily taught at school.

The first book in the series, Anjali’s Story, is about a little girl who sets up a business in lockdown and dives into a magical adventure.

Lessons here are around entrepreneurship, that failing is part of any journey, and finding the courage and inner resources to keep going is what makes the journey.

Other books in the series:

I hope the books change perceptions and show that being ‘different’ is a gift.

What diversity issues do you see the most within books?

A lack of cultural names, less coloured characters, and the fact that representation matters.

Children need to see themselves and don’t need to possess a superpower other than being themselves.

When I was little, there were no books of kids that looked like me on covers, those books weren’t for me as a reader, so I didn’t think that I had a right to write.

What I want to do with the Monster Life Lessons series is to create more opportunities for children from ALL backgrounds to dream big.

Why did you want to start tackling diversity with children’s literature? 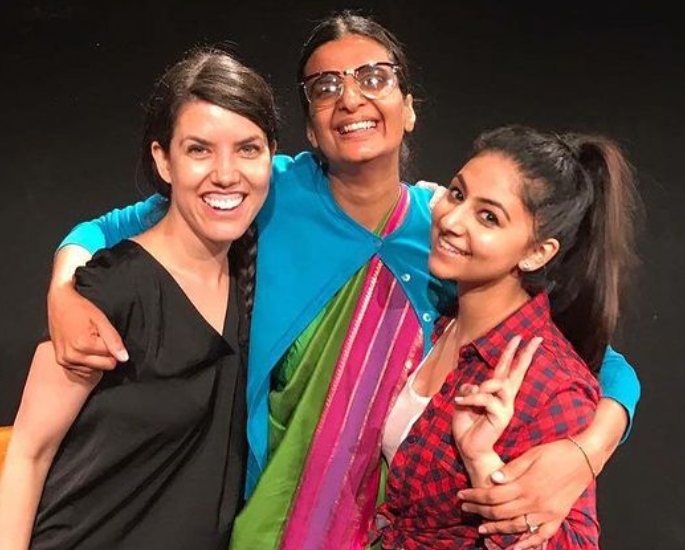 Well, I tackle it in other mediums. I am writing a script for the BBC and I am the Managing Director of a leadership consultancy that teaches storytelling and the importance of inclusivity.

“I am tackling the lack of diversity in children’s literature because I have an eleven-year-old.”

Up until lockdown/homeschooling, I was unaware of the fact that change has not happened at the rate I thought it would have happened.

“I just want to do something to accelerate this.”

What differences have you noticed from being a writer to being a publisher?

Well, I started off as a publisher 20 years ago, and then I was signed and still am signed to HarperCollins.

It is a lot more work publishing – there isn’t a team who does everything for you so you can concentrate on writing.

However, I am an entrepreneur at heart.

“I love the freedom to make my own decisions and not to be dictated by current marketing trends, covers that I have no say over or editorial changes I don’t necessarily agree with.”

How important is diversity within children’s literature and will it improve? 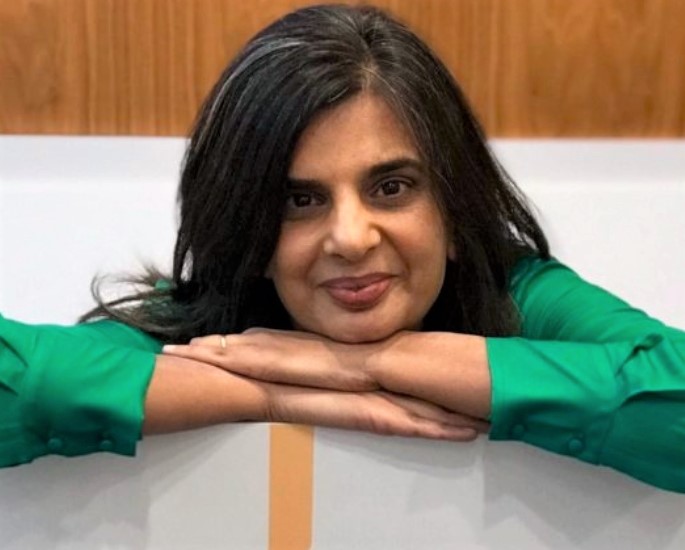 Hugely important. Children need to see themselves represented. I think that it is improving but slowly.

What needs to happen is that we need to see more diversity at the very top-board level; this is where change really happens.

Writers’ initiatives are great but publishers need to do more to retain the talent they have and to create a more inclusive environment and this happens from the top down.

“My journey so far has always been to respond to the present and that is what has made it interesting!”

By responding to the situations around her, Preethi Nair is continuing to change the literary landscape.

Whilst this is easy to see through her immersive works, the accomplished writer has also explored other avenues to showcase her vision.

As Preethi mentioned, her one-woman play, Sari: The Whole 5 Yards, is an incredible portrayal of the truth, and why we’re afraid of accepting it in certain scenarios.

However, Preethi uses an elder South Asian woman to capture these themes. This is vital in understanding her ambition.

By telling these original stories through more natural and identifiable characters, audiences feel a sense of realism instead of dramatisation.

These are the ingredients that will make Kiss The Frog Press so special.

The company will allow inclusion, relatability, and representation to flourish, which are all fundamentals of Preethi Nair’s mindset.

The imaginative publisher is undoubtedly reimagining the idea of storytelling and paving the way for more diversity.

Find out more about Preeti Nair and her thrilling catalogue here.